Kuwait City: Billava Chavadi set to be held on Sep 30

Kuwait City, Sep 16: Billava Sangha Kuwait (BSK) is set to host 'Billava Chavadi' on September 30, at the Aspire Indian International School, Auditorium 2, Abbasiya from 4 pm onwards. A comedy drama 'Bairas Bhaskare' along with an entertainment event of 'Denna Dennana' is scheduled to be held on the day.

The drama 'Bairas Bhaskare' played in an all new version is directed by Mahesh Poojary Polali. The original drama had more than 300 successful shows in and around Mangalore and has been exceptionally written by Harish Padubidri and Shashidhara Gujaran, who has played a very important role in the drama, will be the guest artist from Mangalore. He surely conspires to keep the audience spellbound. 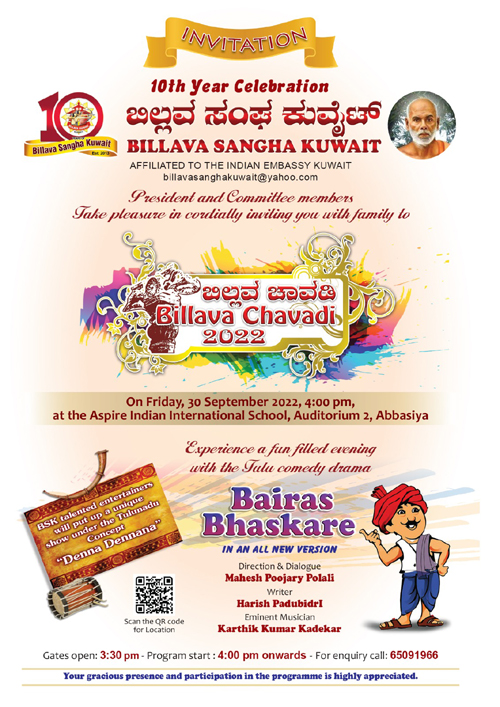 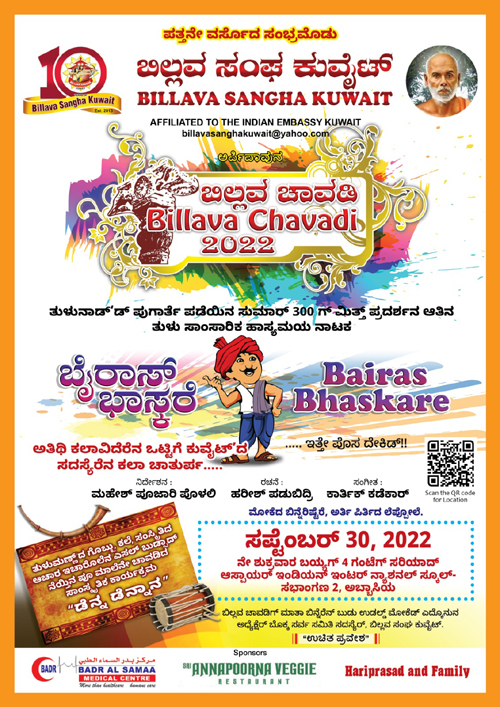 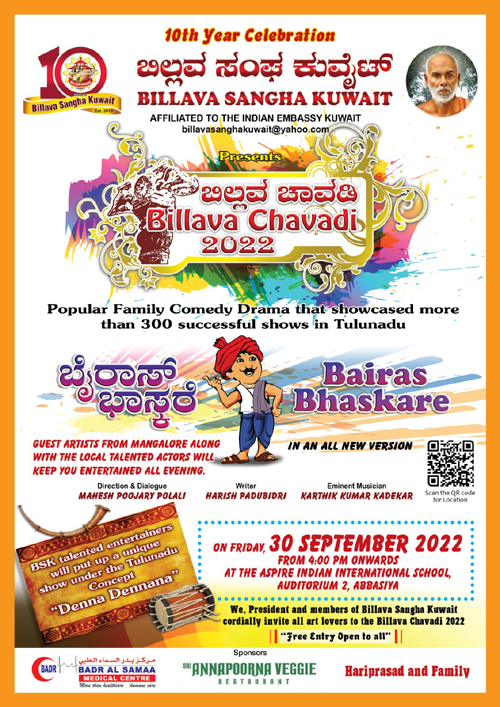 Another artist from Kuwait, who needs no introduction to the Kuwait Tulu drama lovers and who once on stage, would surely keep the viewers in splits. She is none other than Lucy Lobo Aranha who is famously called as 'Lucy Bai'. She has agreed to do a unique and different role in the drama.

Karthik Kumar Kadekar, an eminent musician, involved in stage activities of more than 1000 plays, Kannada and Tulu movies and written scripts for many Tulu dramas. He would come to Kuwait from Mangaluru to take full charge of the drama music.

BSK artists and dancers will be on stage with full force to entertain and keep the audience mesmerized in the drama and under the concept of 'Denna Dennana'. It will be a treat for the eye.

Save the date and reserve your calendar for the mega event. It is an open to all event and there is no entry ticket for the evening. So please ensure to come early to book your seats.