Welfare of all citizens, development of state is govt’s priority: Bommai

Mysuru, Sep 26: Karnataka must progress in Social, economic, educational and religious sectors for the welfare of all citizens and the development of the State is the priority of the Government, Chief Minister Basavaraj Bommai said in Mysuru on Friday.

Speaking after President Droupadi Murmu opened the State’s cultural festival of Dasara after offering puja to Goddess Chamundi at the Chamundi Hills, he said his government was committed to work for the welfare of all sections of society. 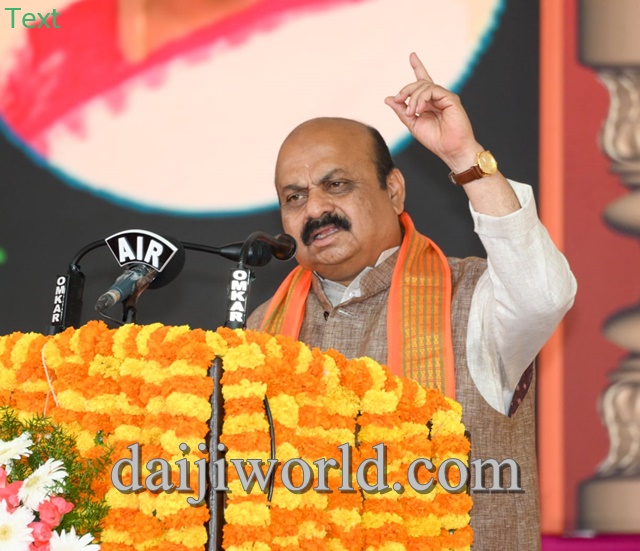 Pointing out that this year’s Dasara celebrations, which were launched by President of India for the first time, was unique and significant that previous celebrations, especially those in the last two years.

“This is an occasion to remember the past glories and rededicate ourselves for working for the progress of the State,’’ he said and mentioned that Goddess Chamundi is known as the slayer of evil and protector of the good.

President Murmu, who is visiting the State for the first time after assuming the office, was received by State Governor Thawar Chand Gehlot and Chief Minister Basavaraj Bommai at the Mysuru airport in the morning. Union ministers Prahlad Joshi, Shobha Karandlaje and MLAs SA Ramadas, Tanvir Sait, Nagendra and BJP MP Pratap Simha were also present.

Title: Welfare of all citizens, development of state is govt’s priority: Bommai