Thiruvananthapuram, Nov 4 (IANS): A 20-year-old youth in Thalassery in Kerala's Kannur district was on Friday arrested for kicking a six-year-old child for leaning on his car parked at a no parking area.

A video of the incident went viral on social media following which the police action came.

The youth, identified as Mohammed Shehzad, hails from a rich family in Kannur district. The child is the son of a Rajasthani couple, who sell balloons and have recently come to the district as the temple festival season begins.

The police came under fire after failing to take Shehzad into custody, who had come to the local police station Thursday night.

A young lawyer, who was an eyewitness to the incident which happened on Thursday, first raised an alarm over the incident and informed the police. 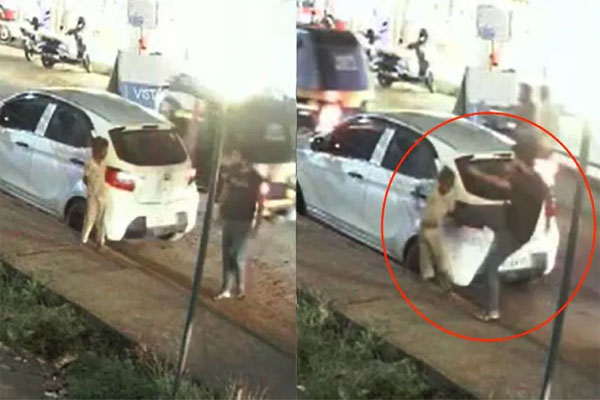 Soon the police arrived at the location but by then Shehzad had left the place and the child was taken to the local hospital, where he is now under treatment.

By Friday morning with the vernacular TV channels airing this incident, the police took Shehzad into custody.

The Thalassery Additional SP Nithin told the media that the arrest of Shehzad will be soon recorded and the charges include IPC 308 (which is a non-bailable offence) invoked against him.

Despite several questions on why the accused was allowed to leave on Thursday night and on Friday non-bailable charges were being put, Nithin continued to say that there was no lapse on the part of the police.

State Education Minister V. Sivankutty wrote in his Facebook that this was a thing that should not have happened and strict action should be taken.