Singh was addressing the officers of the Indian Armed Forces, Civil Services as well as those from friendly foreign countries during the 60th National Defence College (NDC) course convocation ceremony. 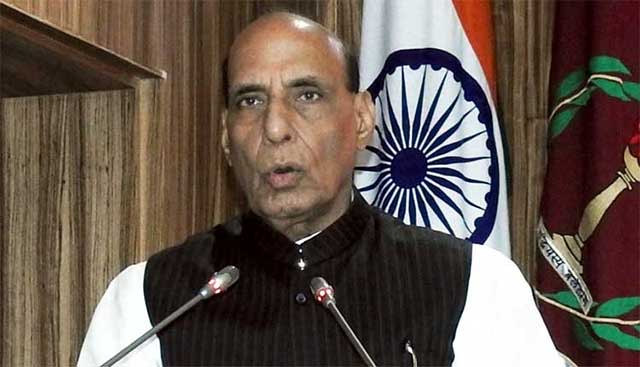 During the convocation ceremony, 80 officers from the 60th NDC Course (2020 batch) were awarded the prestigious MPhil degree from the University of Madras.

The Minister termed the national security as the prime focus of the government and stressed that the full potential of the country can be tapped only when its interests are protected. Security is sine-qua-non for civilisation to flourish and prosper, he said.

Rajnath Singh threw light on the narrowing gap between internal and external security and said that new dimensions of threats were being added with changing times, that are difficult to classify. He asserted that terrorism, which generally falls into internal security, is now classified in the category of external security, as training, funding and arms support of such organisations was being carried out from outside the country.

Describing the vulnerability of critical infrastructure to cyber-attacks as a big concern, the Defence Minister said, sectors such as energy, transport, public sector services, telecommunications, critical manufacturing industries and interconnected financial systems are prone to such threats. He was of the view that information war has the potential to threaten the political stability of a country. He pointed out that the organised use of social media and other online content generation platforms is engineering the opinion and perspective of the masses.

"The deployment of information war was most evident in the ongoing conflict between Russia and Ukraine. Throughout the conflict, social media has served as a battleground for both sides to spread competing narratives about the war and portray the conflict on their own terms. The propaganda campaigns as a means of strategy to shape narratives are by no means new during warfare, but its reach has increased by leaps and bounds due to the shift toward social media as the primary distribution channel," said Rajnath Singh.

Quoting Martin Luther King Jr, the Raksha Mantri stated that "Injustice anywhere is a threat to justice everywhere". He emphasised that when peace and security of any region is threatened, the entire world feels its impact in multiple ways.

"The recent Ukrainian conflict showed how its ripple effects could adversely impact the whole world. Together, Russia and Ukraine export nearly a third of the world's wheat and barley, but this conflict had prevented grain from leaving the 'breadbasket of the world' and led to food crises in various African and Asian countries. The conflict has also fuelled an energy crisis in the world. In Europe, oil and gas supply has been dwindling. India has also been affected as the Russia-Ukraine war led to a disruption in international energy supply, making the energy import much more expensive," he said.

"Strong and prosperous India should not be built at the cost of others, rather, we believe in helping other nations to realise their full potential. India does not believe in a world order where a few are considered superior to others. Our actions are guided by the very essence of human equality and dignity, which is a part of its ancient ethos and strong moral foundations," the Minister said, adding that "when we partner with any nation, it is on the basis of sovereign equality and mutual respect. Forging relations comes naturally to India, as we work towards mutual economic development."