His wife Kalpana Soren reached the ED office to pick him up after the questioning.

According to sources, a team of three ED officials asked him about 100 questions on Thursday, and the Chief Minister can be again called for further questioning. 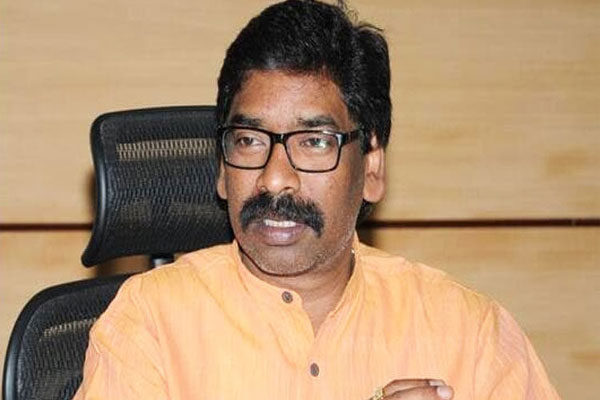 Hemant Soren's chequebooks, which had two signed cheques, were found in a raid at the house of his special representative Pankaj Mishra, already arrested in the case.

Hemant Soren, during the questioning, was asked why he had given the chequebooks to Mishra.

According to sources, the Chief Minister told the officials that while being in politics, many times needy people are required to be helped financially. The chequebook was with his representative for the same purpose.

He was also asked whether he was aware of an alleged illegal mining racket running under the "patronage" of Mishra. The Central agency sought the Chief Minister's response to "whether any complaint about this (racket) reached to him or not and if it did, did he take any action or not".

On the basis of the evidence collected by the ED during its raids, several details were sought from the Chief Minister.

Sources said that Hemant Soren did not respond to several of the ED's questions.

Earlier in the day, while addressing a press conference ahead of appearing before the ED, Hemant Soren claimed that the allegations levelled against him are baseless.

He also questioned the ED's statement on a scam of Rs 1,000 crore taking place in one district (of the state), saying that the "entire state does not earn this amount of money from stone chips in a whole year".

He attacked Governor Ramesh Bais, accusing the latter of protecting the parties engaged in conspiratorial politics and showed his disapproval about Bais' statement regarding his pending decision on the political crisis in the state.

Soren claimed that the ED summon and raids by the Income Tax department and other Central agencies on the premises of the ruling party's MLAs started soon after Bais' statement.