Chennai, Nov 21 (IANS): Tamil Nadu Police and Central agencies are on high alert after the Mangaluru autorickshaw blast accused Mohammed Shariq revealed his Coimbatore connection. Shariq had stayed in Coimbatore for a few months and had procured a SIM card using the Aadhar details of Surendran, a private school teacher, and his roommate.

During interrogation, Surendran (a resident of Udhagamandalam), who is in police custody, revealed that he did not know much about Mohammed Shariq other than he had shared his dormitory during the latter's stay in Coimbatore.

Coimbatore Police have tightened the security at all the check posts bordering Kerala and a heavy police posse is deployed at all the 11 check posts in Kerala, Tamil Nadu border in the Coimbatore area. 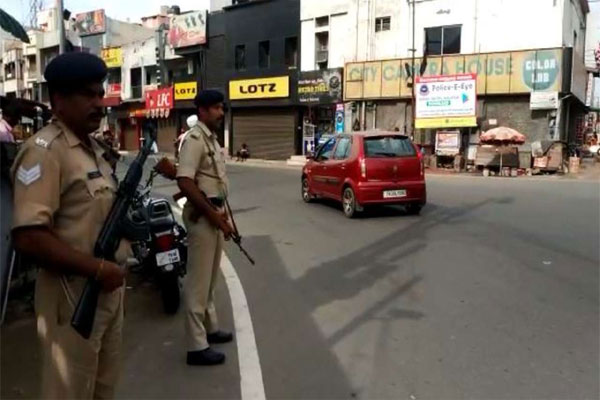 The Central agencies have also commenced a probe into the antecedents of the accused Mohammed Shariq and his contacts in Tamil Nadu.

After the October 23 Coimbatore car blast, in which a terror operative Jameesha Mubin was charred to death, the National Investigation Agency (NIA) has been conducting searches across Tamil Nadu to flush out terror operatives and their contacts.

Agencies are also verifying whether the Mangalore blast accused Mohammed Shariq had any links with the Coimbatore blast accused Jameesha Mubin as well as the six other accused in the case who are in judicial custody.

Mohammed Talka, one of the jailed Islamic operatives in the Coimbatore car blast case is the nephew of S.A. Basha, the dreaded Islamist who floated the terror organisation, Al-Umma, which was instrumental in the February 14, 1998 blasts of Coimbatore in which 56 people died and over 200 injured.