Aizawl, Nov 21 (IANS): While over 30,000 Myanmar nationals took shelter in Mizoram after the military seized power in their country in February last year, over 270 tribals belonging to Chin-Kuki community have fled to the northeastern state from Bangladesh, officials said on Monday.

The Chin-Kuki tribals took shelter in southern Mizoram's Lawngtlai district on Sunday evening from the Chittagong Hill Tracts (CHT) in southeast Bangladesh after the reported crackdown by the Bangladesh Army against a militant group of the tribal community. 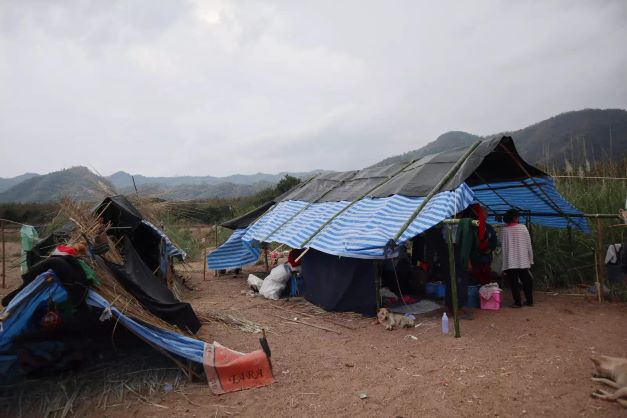 The Chin-Kuki tribals and the Mizos in the northeastern state belong to the Zo community and share the same culture and ancestry.

District officials said that the villagers and the NGOs are providing them food and other necessities.

The state government is looking into the matter.

The Bangladeshi nationals, comprising women, children and elderly people, entered in to Bonduk-Bangsora, a village located near the tri-junction of Bangladesh, Myanmar, and Mizoram and moved to a nearby village, Simeinasora, on Monday morning.

Reports from acoss the border said that trouble began long back in the mixed populated CHT after the insurgent group Kuki-Chin National Army (KNA), an underground outfit of the Chin-Kuki tribal community, started their numerous activities demanding autonomy.

The KNA is also known as Kuki-Chin National Front (KNF).

Reports quoting the Chin-Kuki community leaders claimed that the Bangladesh Army was taking the help of Myanmar's largest extremist group Arakan Army in the offensive against the KNA.

The minority Kuki-Chin community has a population of around 3.5 lakh in the mountainous CHT, adjoining India.

The influx comes at a time when the Mizoram government is struggling to provide food and shelter to over 30,500 refugees from Myanmar.

As per official records, majority of the Myanmar refugees, including 11,798 children and 10,047 women, are sheltered in more than 156 camps in all 11 districts in Mizoram while a large number of them took shelter in the relatives' houses, community, centres, rented houses, government buildings and shelter houses set up by various NGOs, including the Young Mizo Association.

Mizoram shares 318 km unfenced borders with Bangladesh and 510 km frontiers with Myanmar, guarded by the Border Security Force and the Assam Rifles, respectively.