Jaipur, Nov 22 (IANS): Tanishq, a two-year-old toddler in Rajasthan who suffers from the rare Spinal Muscular Atrophy Type 1 disorder, is currently battling for his life. An initial hope for survival also diminished after an injection costing Rs 16 crore, for which his father ran from pillar to post to get it, turned ineffective after the child turned two.

As the jab is only applicable for children under two years of age, his parents are now pleading to the state government to help them acquire an oral medicine. 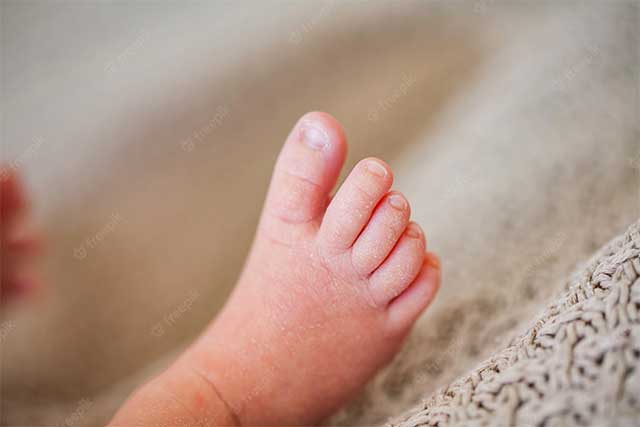 The medicine called Risdiplam costs around Rs 72 lakhs. But the price varies according to the child's weight.

Since Tanishq's weight is around 7 kg, the medicine will around 30-32 lakhs and this is the only option to save the child, according to his father.

He further alleged that the medicine is not available here despite 15 other children suffering from the same disorder.

Only one child is being given this medicine, he added.

Tanishq is shrinking and becoming weak day-by-day. Since he keeps getting sick, Tanishq is being sent from Nadwa villagein Nagaur district to Jaipur for treatment.

When Tanishq's father spoke earlier to the JK Lone Hospital, Jaipur, the doctors said that they have run out of funds.

"Then how is it that one child out of the 15 is getting the medicines?" he asked.

"If the government wanted, my child could have gotten the medicine two years ago, but it turned a blind eye to our appeal. I have pleaded to Chief Minister Ashok Gehlot and Health Minister Parsadi Lal Meena, but we did not get anything except assurances."

Once Tanishq's father received a call from the Chief Minister's Office, doctors at the JK Lone Hospital said that the oral medicine worth Rs 30 lakhs would be given to the child within two years, but nothing has happened yet.

Meanwhile, parents of the other children suffering from the rare disease have handed over a memorandum to the hospital's Superintendent, R.L. Gupta

They have also requested the government to help in the treatment of the children.

Gupta said that 14 children are being treated for a rare disease and the state government has spent Rs 1 crore on this and only Rs 13 lakh has come in crowdfunding.

Doctors have demanded that the crowdfunding money should be increased. A letter has also been sent to the government for this.

Gupta has also asked the pharmaceutical companies to reduce the margin price of medicines in the hospital by using their own CSR Fund as there are many patients.

Overall, 6 per cent of medicines come from the Central government.