Vaishali accident: Truck driver reveals he got glass of liquor for Rs 40

Patna, Nov 23 (IANS): The truck driver responsible for the tragic road accident in Bihar's Vaishali, where at least eight people at a roadside temple were mowed down and several others injured, on Tuesday admitted that he had consumed country- made liquor and was driving the vehicle in a drunken state. 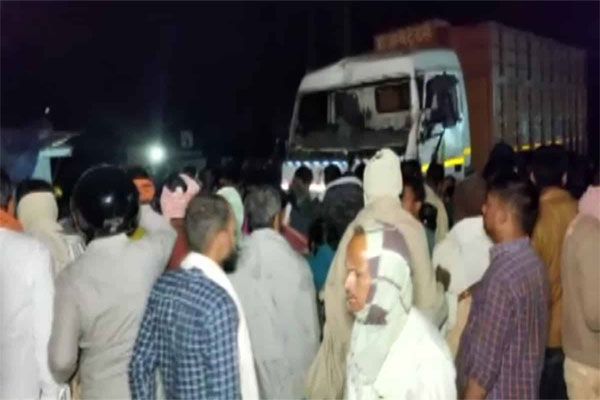 "I purchased a glass of liquor for Rs 40 and consumed it. While driving, a truck came in front of my vehicle and its driver did not give space to to overtake it. I somehow managed to overtake that vehicle and headed towards Nayaganj Tola village where I met with the accident," Lalu Kumar said.

ADGP, Law and Order, G.S. Gangwar, said that the injured are admitted in Sadar hospital and are under treatment. The alleged driver was arrested.

Title: Vaishali accident: Truck driver reveals he got glass of liquor for Rs 40