Bantwal, Dec 5: “I have stressed on providing basic facilities worth Rs 1,800 crore during my term of four and a half years,” said Bantwal MLA Rajesh Naik. He was speaking in the first press conference held at the new press club, B C Road. 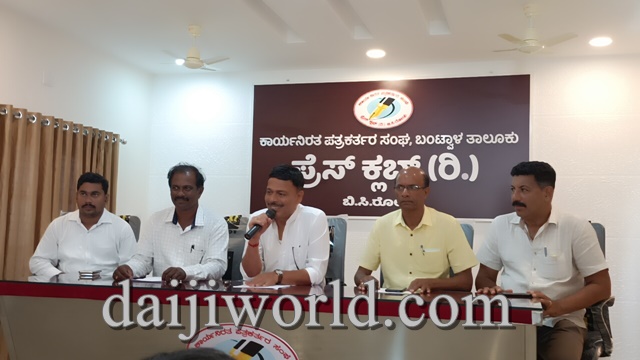 “The health of people is being examined in villages with the participation of the health department and transport department. Eighteen thousand have undergone medical tests so far. Providing drinking water facilities to 46 villages at a cost of Rs 33.72 crores is partly completed. Drinking water was supplied to houses, schools and anganwadis at a cost of Rs 18.52 crore. Packages for reconstructing the classrooms are approved and the work is in progress. A total of 60 foot bridges are being constructed at a cost of Rs 4 crore,” he said.

“Dam and approach road at Jakribettu is in progress at a cost of Rs 135 crore. As many as 18 bridges and check dams are being constructed,” he added.

“Funds are provided to construct 1,462 roads and Rs 80 crore is used for it. Special Janaspandana programmes are being held to listen and solve the issues of people. I will also be holding a meeting with the deputy commissioner,” he said.