Karnataka aims to eliminate rabies by 2030; declares it notifiable disease

Bengaluru, Dec 8 (IANS): In order to completely eliminate rabies by 2030 in the state, rabies is now declared a notifiable disease under the Karnataka Epidemic Diseases Act by the Karnataka government.

State Health Minister, K. Sudhakar has said on Wednesday that this will facilitate contact tracing and prophylactic measures by strengthening surveillance and disease reporting systems.

The notification in this regard said that rabies is one of the zoonotic diseases recognised from old days. It has a high mortality rate and patients will have a very painful death. 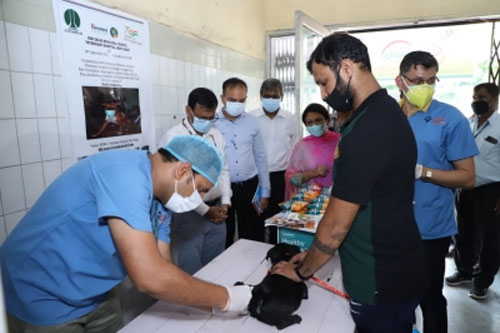 The deadly disease is to be treated with timely and appropriate Post Exposure Prophylaxis treatment. Therefore, it is inevitable to declare rabies a notifiable disease, it reads.

After declaring rabies as notifiable disease, all government and private health centres, including medical colleges, compulsorily have to report human rabies cases to the state Health department.

According to the WHO, rabies kills nearly 18,000 to 20,000 people in a year in India. Nearly 30 to 60 per cent of the cases are found among children who are below the age of 15 years as bites that occur in children often go unrecognised and unreported.

Low awareness of the need to seek healthcare after a dog bite claims the lives of more than 55,000 people each year. India is endemic for rabies, and accounts for 36 per cent of the world's rabies deaths.