Addressing the rally, Nadda said that he is confident that "the people will ensure blooming of lotus in Karnataka in the upcoming Assembly elections".

"I can see the signs... BJP is marching ahead with an agenda of ensuring welfare of all," he added. 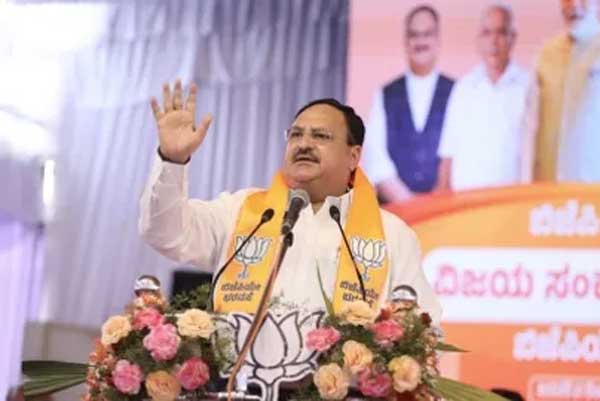 "The good work by (B.S.) Yediyurappa is being continued by Chief Minister (Basavaraj) Bommai in the state," Nadda said.

The BJP leader claimed that mobile handsets sold in the country were earlier made in China, but now, they are made in India. "In production of steel, India has moved to second position from 14th position. In automobile (sector), India is on the third place... In terms of economic growth, Karnataka is on second position," he noted.

"As per the vision of Prime Minister (Narendra) Modi, 12 crore women have been given houses in the country. He (the Prime Minister) has ensured women empowerment in the state by building 27 lakh toilets. All four lane roads are going to be eight lane roads soon," Nadda asserted.

Former Chief Minister B.S. Yediyurappa said, "Congress leaders are in imagination. Under the leadership of Prime Minister Modi, Nadda and Amit Shah, BJP will win more than 140 seats in the state."

"Foreigners are praising PM Modi. Even Pakistani PM is praising him," Yediyurappa added.

Local BJP MLA Basanagouda Patil Yatnal remained absent in the programme and he did not even turn up to welcome Nadda on his arrival.

BJP all set for 9-day Vijaya Sankalp Abhiyan in Karnataka; Nadda to inaugurate

Vijayapura, Jan 21 (IANS): Ahead of the assembly polls, ruling BJP is gearing up for nine-day Vijaya Sankalp Abhiyan in Karnataka which will be inaugurated by BJP President J.P. Nadda on Saturday in Sidhagi of Vijayapura in the state.

Sindhagi is decked up for the mega event and BJP wants to kick-start campaigning in north Karnataka region, considered as a strong BJP hold. More than one lakh people are expected to attend the programme.

The Vijay Sankalp Abhiyan will be carried out from January 21 to January 29. The state leaders will also inaugurate the abhiyan at various locations across the state. 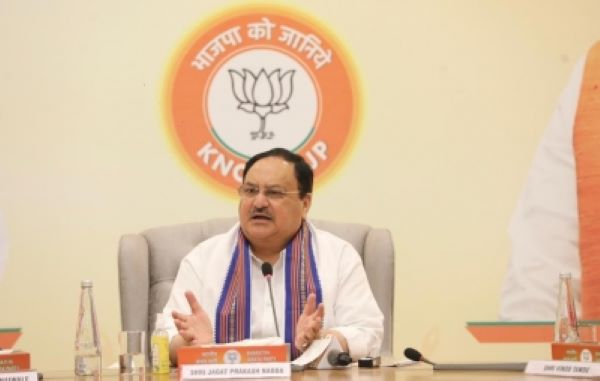 The ministers and MPs of Karnataka will inaugurate the campaign in their respective districts. The BJP workers would reach out to the voters with achievements, policies and programmes of BJP.

The party plans to establish contact with more than 1 crore beneficiaries of various programmes of the ruling BJP government.

Three crore stickers will be distributed to be pasted on vehicles. The stickers will have info-graphics of BJP's signature programmes such as 'Kisan Samman', 'Mudra'. The party has also planned a missed call campaign and registered more than 1 crore members.