Mangaluru, Jan 23: In a tragic incident, a house was gutted in a fire mishap at Myrodigudde, Palaneeru in Kavoor here on Monday, January 23.

The exact reason for the fire incident is yet to be ascertained.

The fire accident took place in the residence belonging to one Indira. She along with her two sisters Shantha, Ramani and a brother Yashwanth were residing in the house. On Monday at around 9 am, all had left on work. 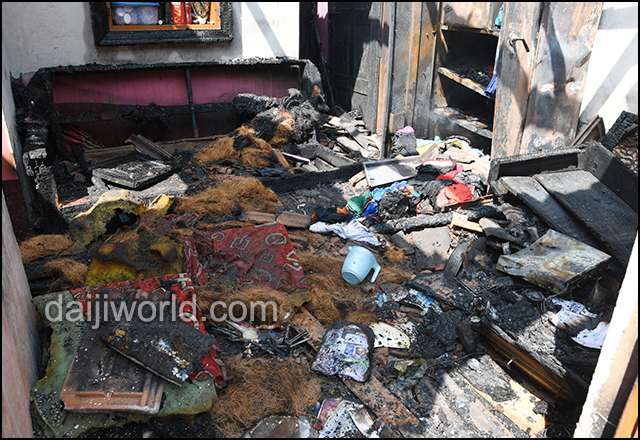 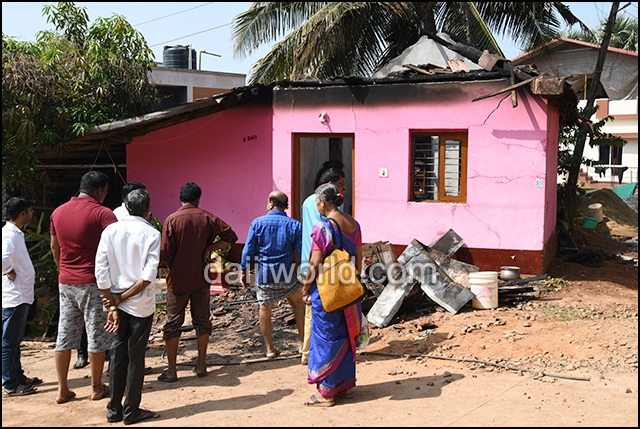 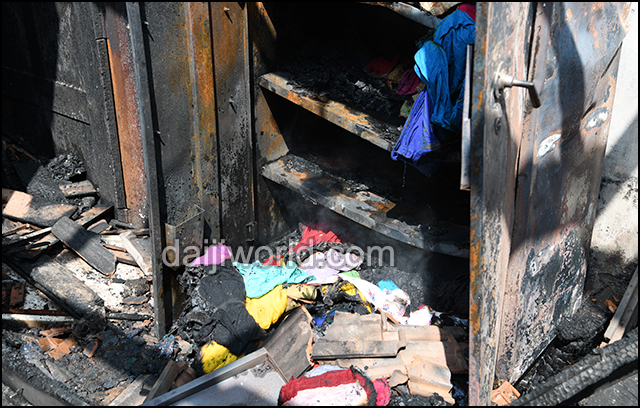 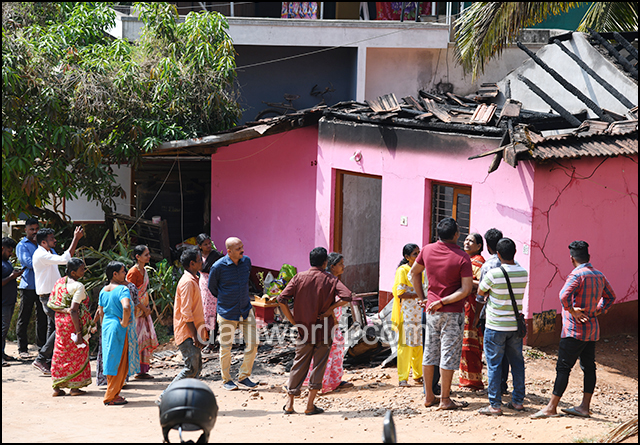 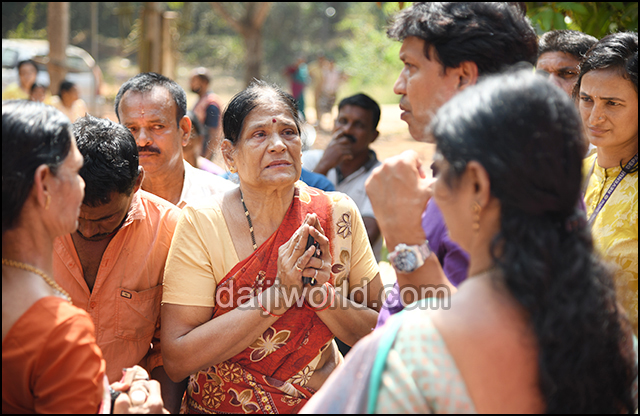 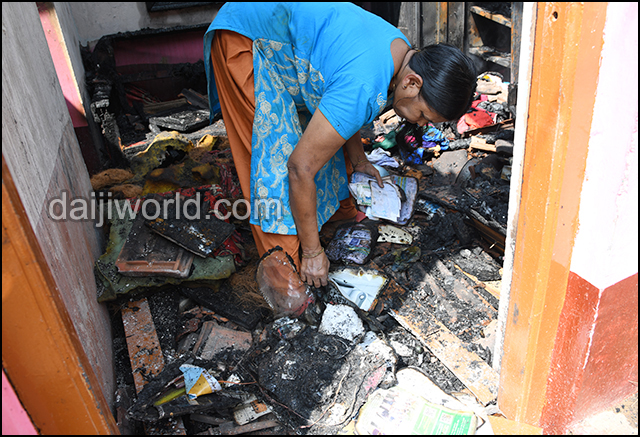 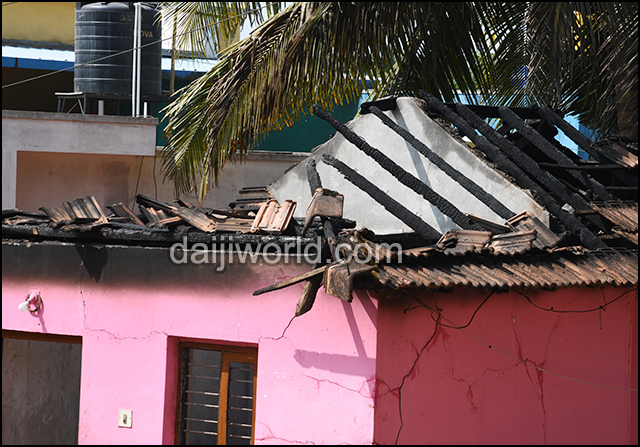 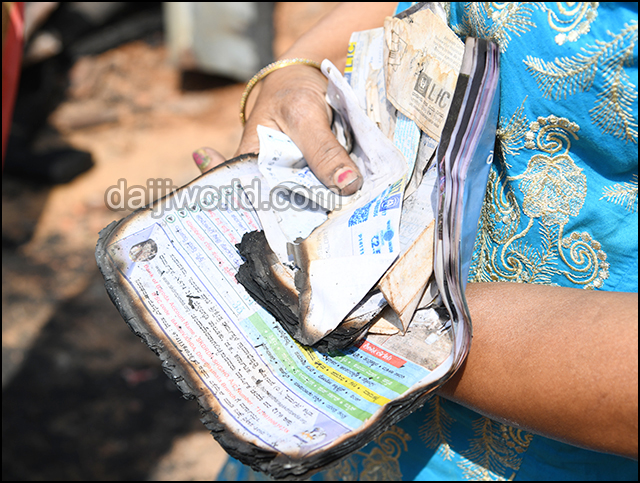 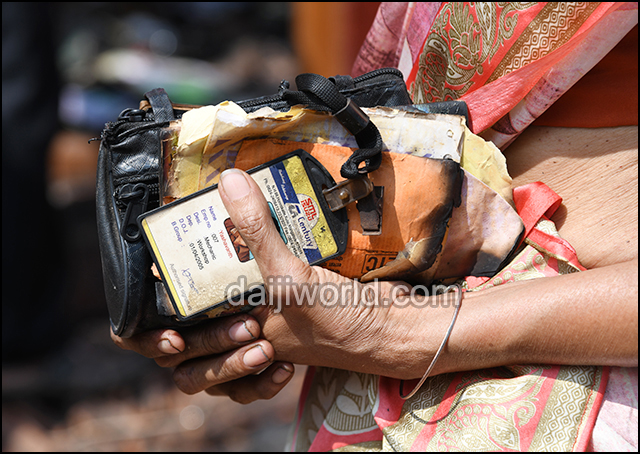 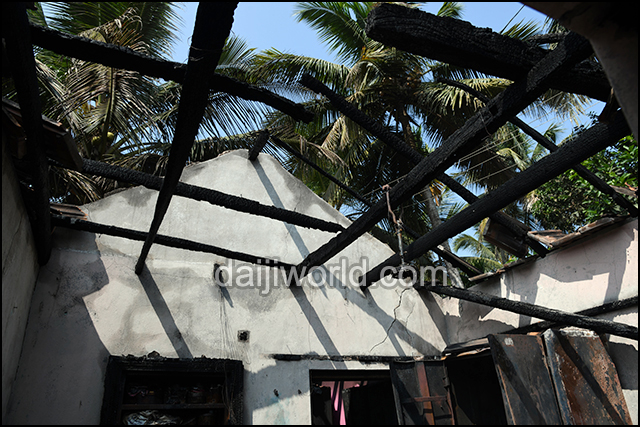 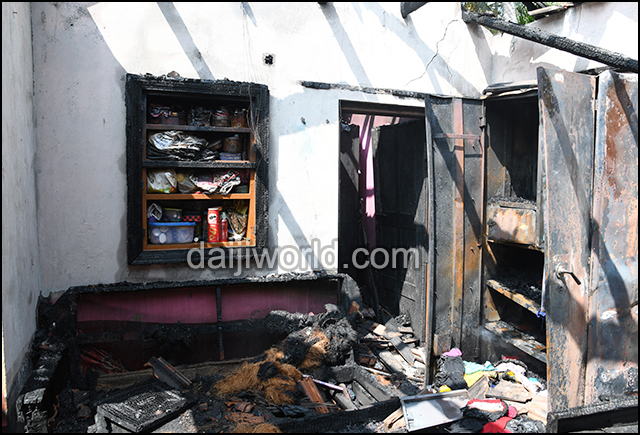 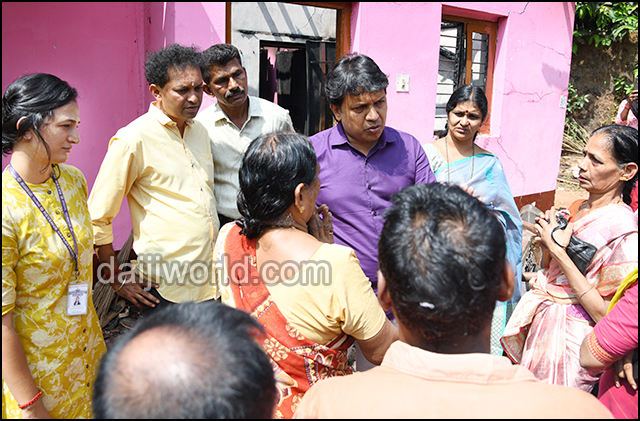 Locals spotted heavy smoke billowing from the house and managed to open the door by breaking open the door lock to douse the fire. Later, fire service officials rushed the spot. As concretization work of the road is in progress, the fire service personnel could not reach the spot on time.

Village accountant Ashritha Shetty and other revenue department officials rushed to the spot.

Speaking to media persons, MLA Bharath Shetty said, "Another fire accident was reported in Surthkal. We along with the party workers shifted the members of the house to a rented house by paying the deposit. The family will stay in a rented house till the house is repaired and renovated. Arrangments of groceries and other facilities have been arranged. Meanwhile, even this family will be shifted to a rented house. They will be provided with groceries and necessary things for daily need. The damaged house will be repaired and renovated as soon as possible."

He also said that as per the report from the panchayat, an application will be given to the chief minister urging him to release a grant from the CM's relief fund.

The residents of the house which was gutted, informed that they hail from a poor economic background. As all sisters and a brother go to work, they can manage the family. They also claimed that there were Rs 20,000 cash which was kept in the house to release mortgaged gold. They also informed that their clothes, television, refrigerator, and other important documents were charred in the fire mishap. A few gold ornaments which were released recently, were also burnt in the fire, they said.