Udupi, Jan 23: Police officials under the limits of Kota police station arrested two accused involved in theft during the night and seized gold ornaments worth Rs 15 lacs along with three vehicles.

Police were observing the movements of the accused who were involved in the theft cases during the night, after their release from jail. Using technical devices and CCTV footage, their movements were tracked. 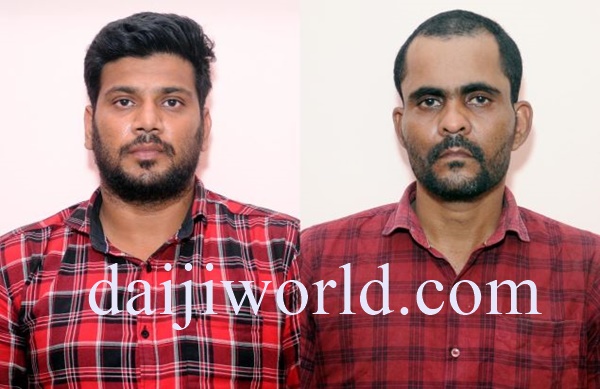 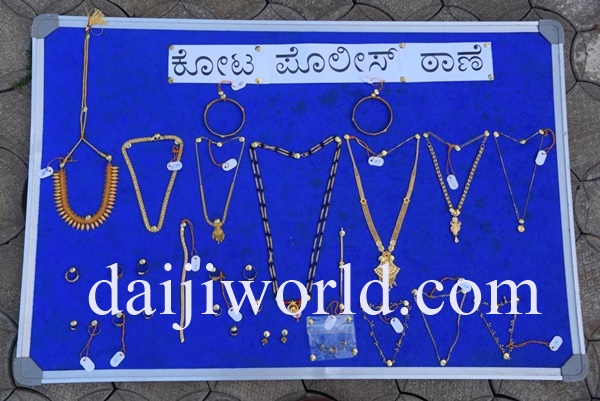 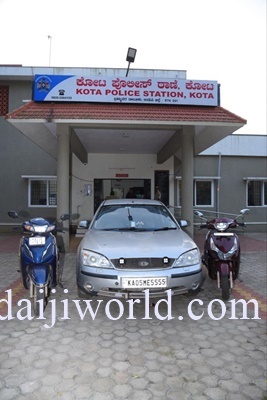 A special team of police officials were checking the vehicles in Saibarakaatte under the Kota police station limits on January 22, 2023 and when they checked a Ford Mondeo car they found the accused Rajesh Devadiga and Riyaz Hosmar in the car. On checking the car they found gold ornaments without any records in their possession.

When police enquired the accused about the ornaments, The accused  confessed that the ornaments were stolen from a house near a church in Sasthana. They also revealed that they were proceeding to Shivamogga to sell them off.

Mohammed Riyaz Hosmaru (39) alias Riyaz, a resident of Hosmaru Idu village of Karkala Taluk. In 2018, he was booked for the murder of Florine Machado and theft. He was also the prime accused in the dacoity of Rajadhani Jewellers in Manjeshwara.

Both came in touch with each other in Hiriyadka jail. They planned to steal articles from locked houses in the night at Dakshina Kannada and Udupi districts.

Police have seized gold ornaments worth Rs 15 lacs. Police have also seized a Ford Mondeo car worth Rs 2.50 lacs, a Hero Destini bike worth Rs 1 lac and a Honda Activa scooter worth Rs 50,000. The total worth of the seized vehicles is about Rs 19 lacs.