Kaup, Jan 25: Gold ornaments worth Rs 13 lacs was burgled from a house in Paniyooru on Sunday night.

The thieves gained entry into the home by breaking open the backdoor of the house.

The house belonged to Raghuram Rao, a retired professor of Vijaya College, Mulki and the crime came to light on Monday.

The house was burgled when Raghuram Rao's family members from Bengaluru and other places including the US were on a visit to their home to take part in various festivities and religious functions when this crime come as a shock to the family. 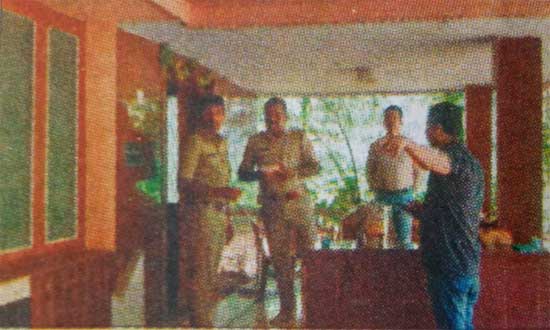 Raghuram Rao and his family had returned home at 12 midnight from Padubidri after taking part in a religious function. At 4.45 am when the family members got up the burglary came to light. When they saw that the backdoor of the house had been broken they also found that the gold ornaments had been burgled, according to a complaint filed by Hemalatha Rao with the Kaup police.