Bengaluru, Nov 15 (IANS): Director-actor Rishab Shetty's much-anticipated crime drama 'Garuda Gamana Vrishabha Vahana' is all set for a premiere on Wednesday, November 17, before its release on Friday. The movie's trailer and presentation has raised a lot of curiosity among moviegoers.

Popular actor of 'Ondu Motteya Kathe' fame, Raj B. Shetty, is playing another lead role and directing the movie. The trailer, released on October 15, had garnered 2.5 million views in just four days and created a positive buzz in the industry. 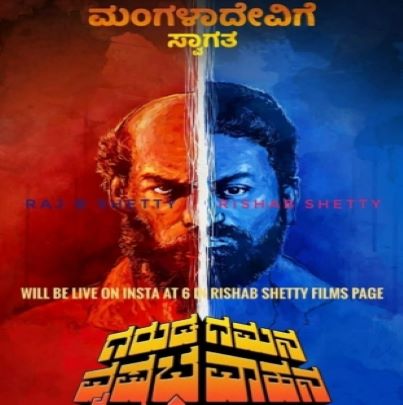 Based on a Yakshagana play depicting a clash of egos between the gods Shiva and Hari, the movie has been in the cans for a year and half because of the lockdown induced by the Covid-19 pandemic. Yakshgana is a performing arts form popular in coastal Karnataka.