Kundapur, Dec 4: Shivamogga MP B Y Raghavendra visited at New Delhi on Saturday, Dec 4 Bhupender Yadav, union minister of environment, forest and climate change of India, explained to the minister the problems that will be caused by implementation of Kasturirangan report and requested for consideration of the following: 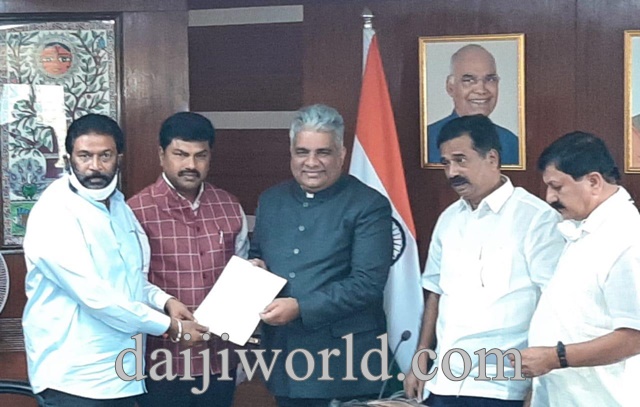 · 1543 villages are coming under environmentally sensitive areas referred to in the report. 500 of them come under Shivamogga constituency.

· Nearly 60% of the area in Western Ghats is developed because people living there have the desire to preserve natural resources.

· As between five to ten kilometres are declared as buffer zones in the report, ordinary people will be put to hardship and the government will not be able to conduct any employment activities. Therefore, the buffer zone should be left out from the report.

· The Karnataka state cabinet has rejected the Kasturirangan report due to severe opposition by the people.

· A task force consisting of officials from the state and the union government to study the situation, listen to complaints from people and solve their problems should be formed.

· My suggestions should be inculcated in the draft copy of the report to prevent problems to people, he requested.