The Homa was offered in the form of fire sacrifices in seven pits, accompanied by the chanting of Mantras and offering of various things as ordained in the religious texts. Nagendra Bhardwaj from Surathkal was the main celebrant while a total of 108 Vedic scholars participated in the rituals. 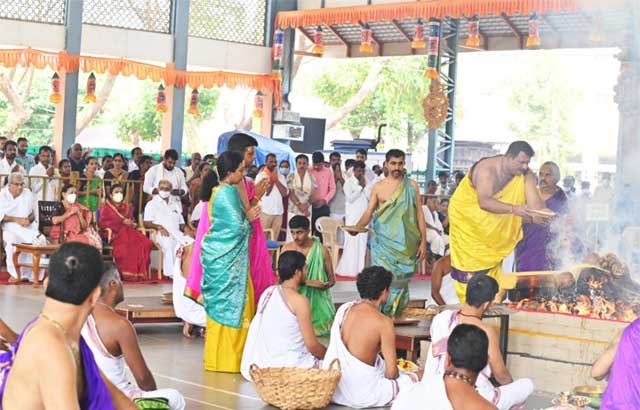 MLA Harish Pooja, had organized the Mrityunjaya Homa on behalf of the people of Beltangady taluk.

The Homa which started in the morning, continued with the chanting of hymns from four Vedas, offering of puja to cows, and performing Mahaganapati Homa. The procedures concluded with the Mahamangalarati and Poornahuti in the afternoon.

Dharmasthala Dharmadhikari, Dr D Veerendra Heggade, wished that the Homa performed here will result in better health and long life of the PM besides his general wellbeing. He said that MLA Harish Poonja and his wife will go to New Delhi to present the Prasadam of Mrityunjaya Homa to the PM personally.