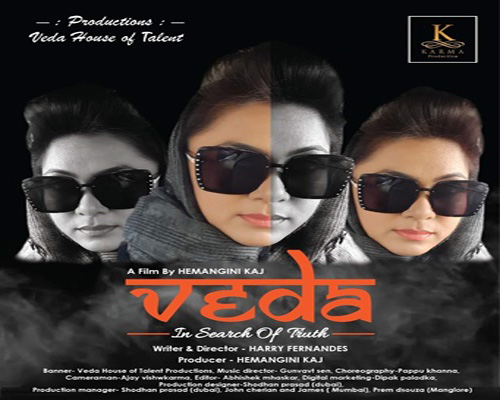 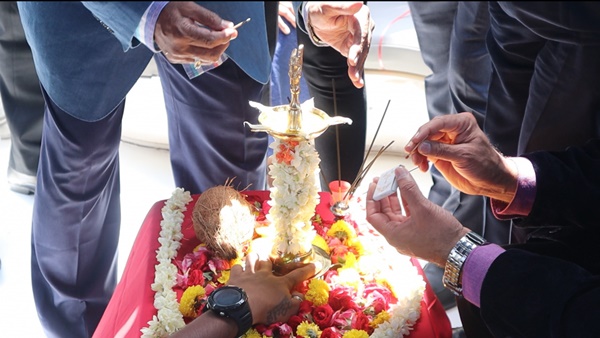 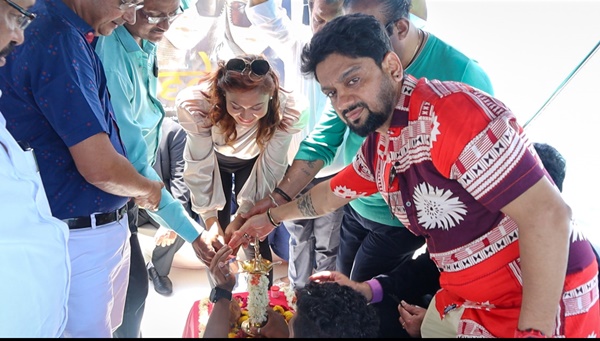 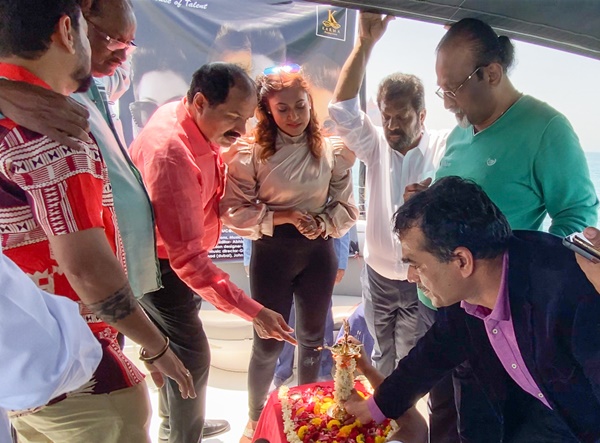 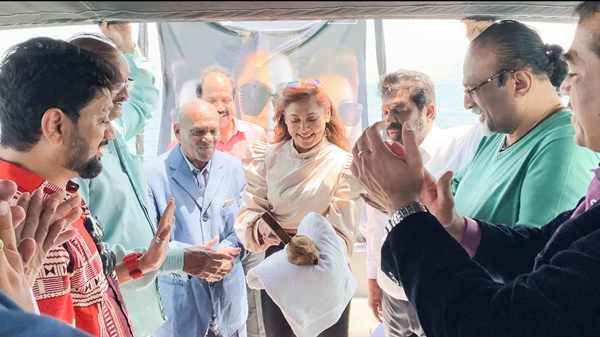 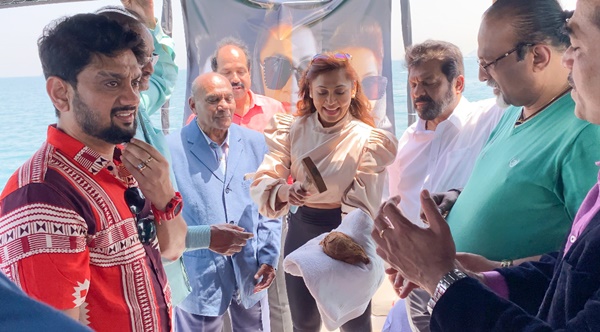 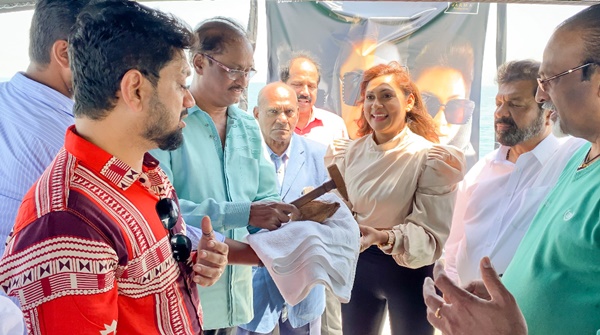 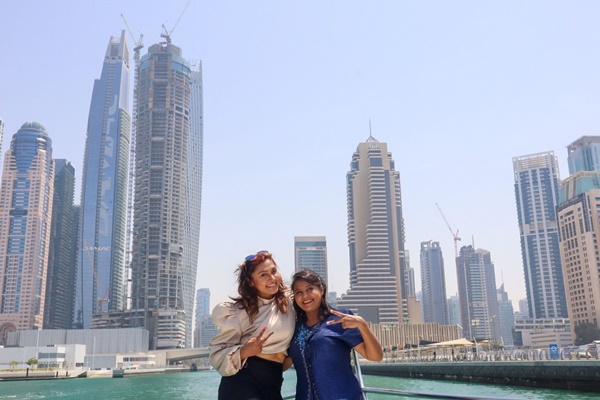 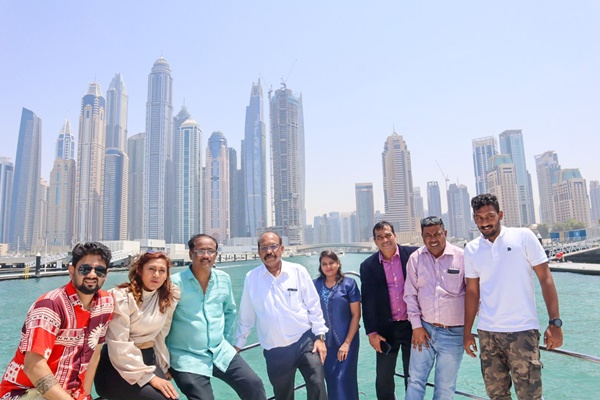 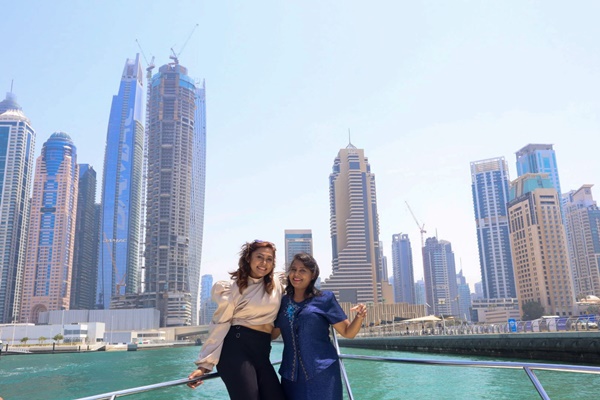 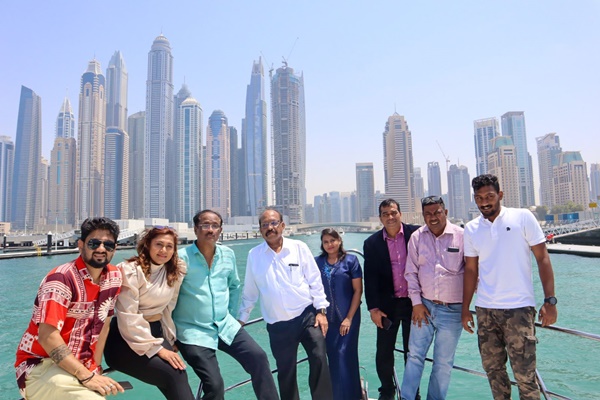 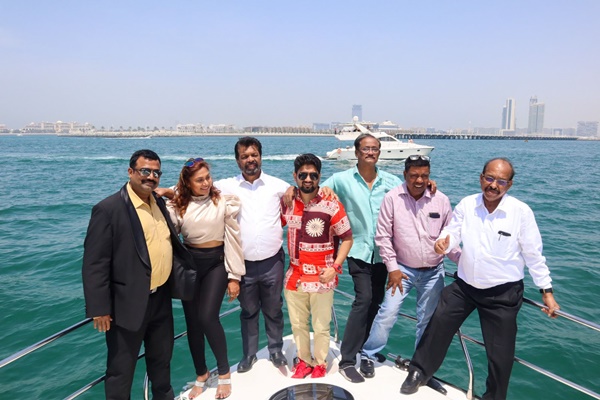 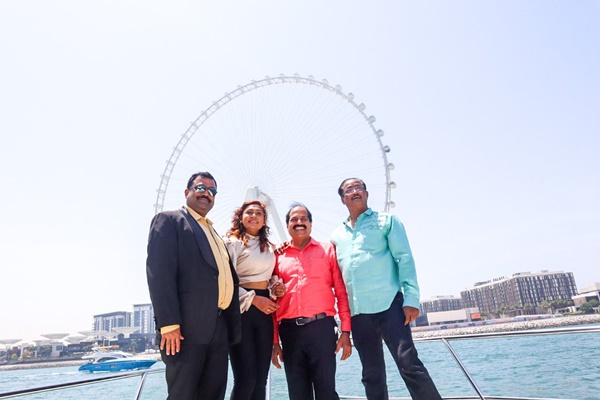 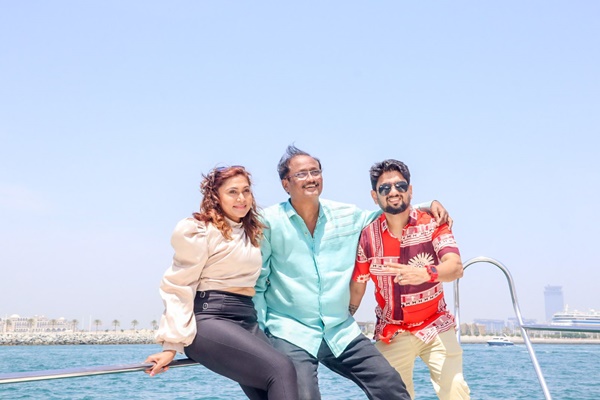 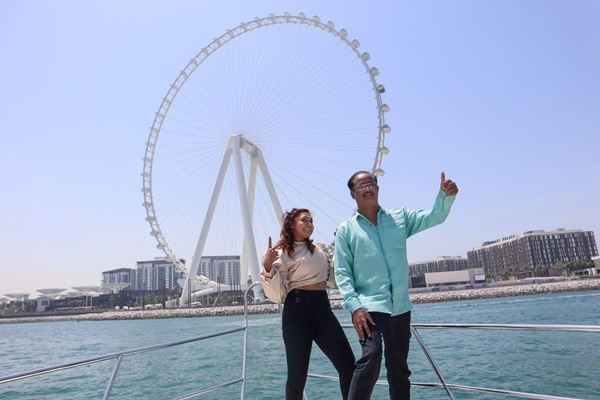 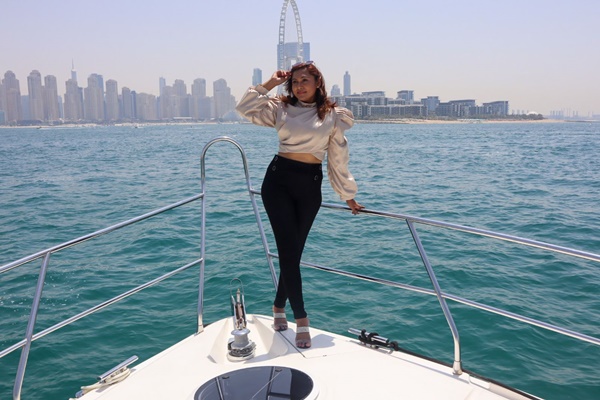 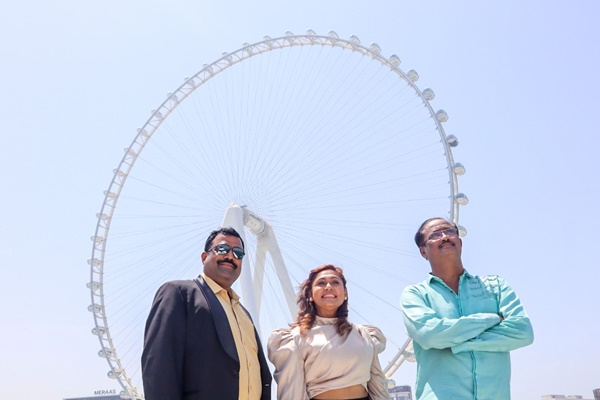 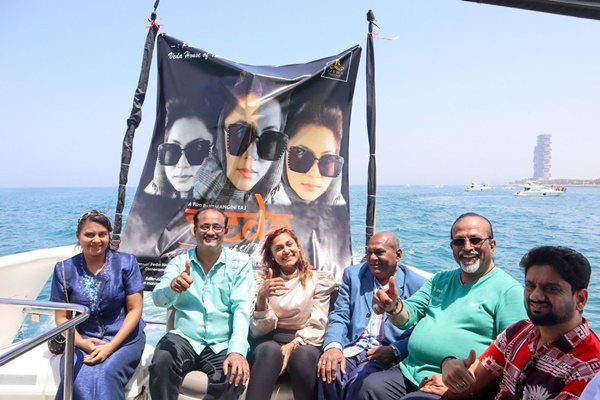 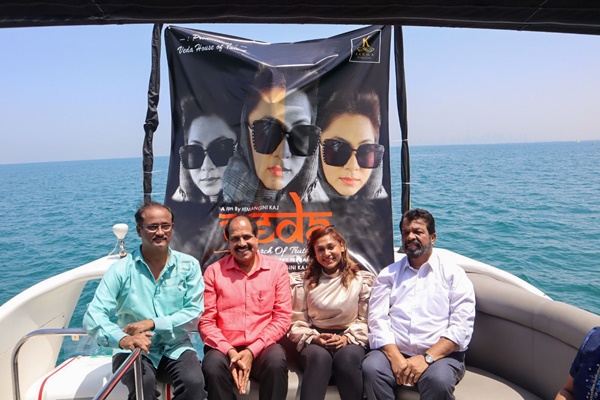 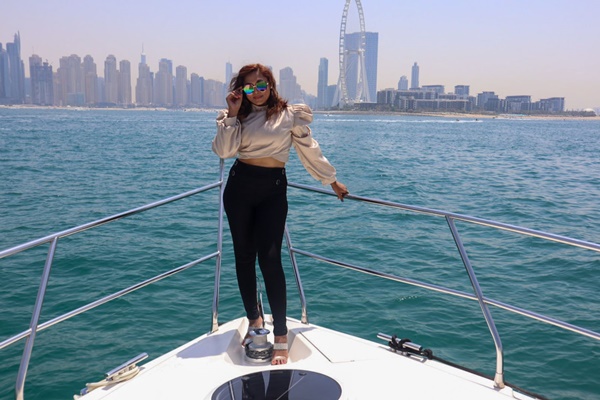 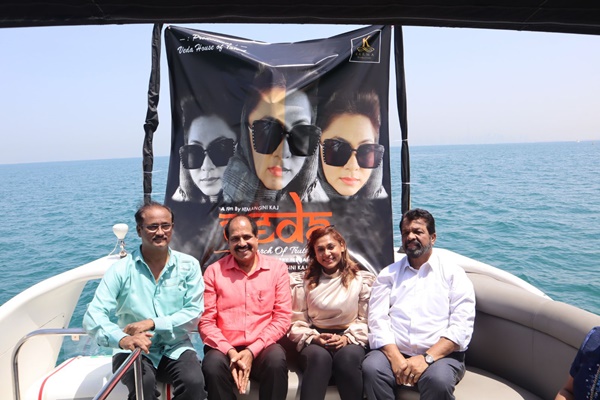 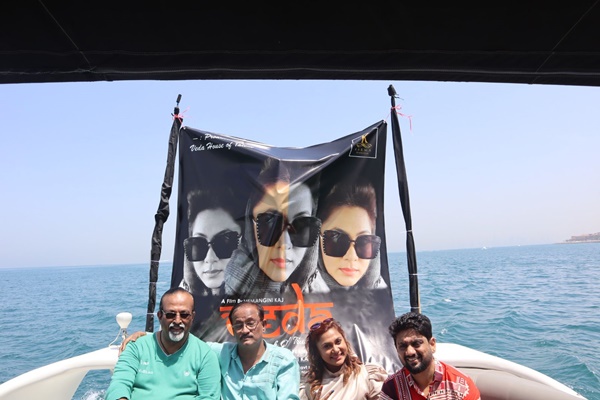 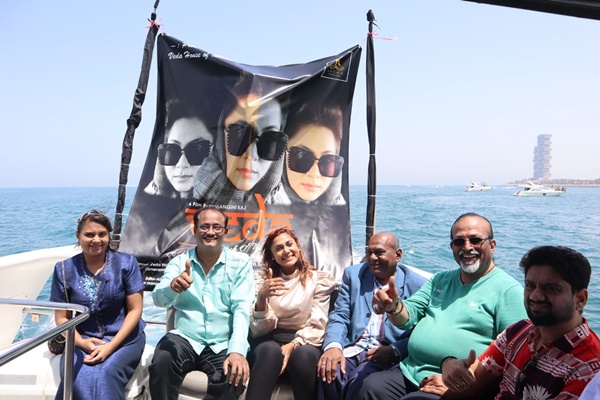 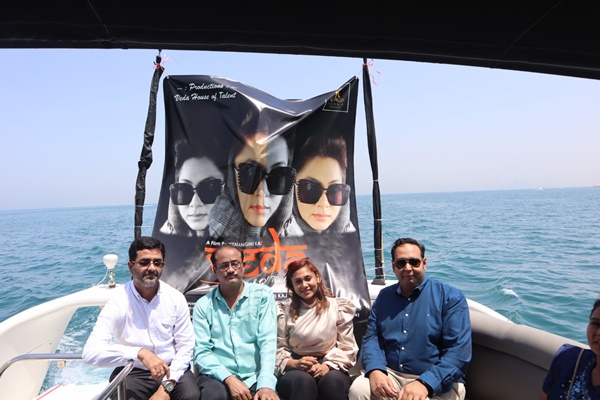 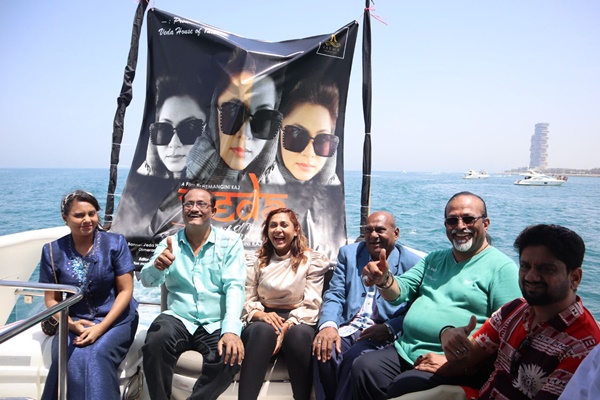 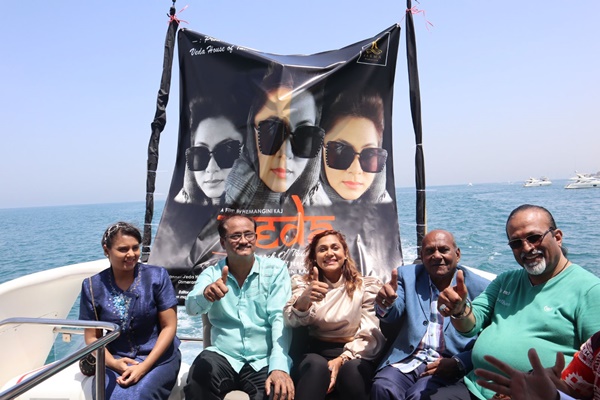 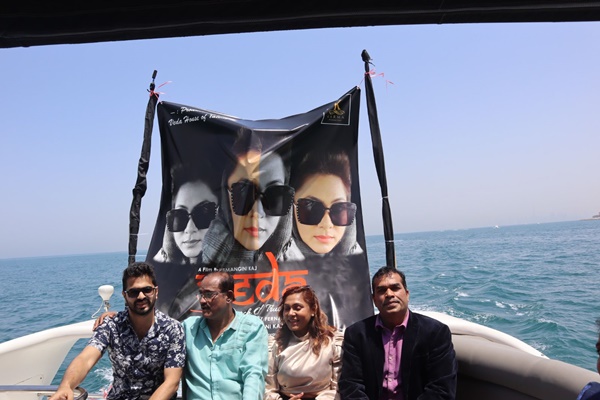 After welcoming the guests on board, the Muhurat got inaugurated with the traditional lighting the lamp and words of blessings by all the dignitaries. Each and every member spoke words of encouragement and blessed the new venture of Hamangini Kaj. Some of the guests shared their movie experiences and also motivated Hemangini to further proceed in making VEDA Movie in Tulu, Konkani & Malayalam too.

Refreshments were served on board followed by photoshoots capturing spectacular locations of Dubai as the Yachts made its ways in between the blue waters of the island. Videography was also done capturing the whole event. Ultimately it was an exclusive differently made Movie launching Muhurat in Dubai.

Once the star casting is finalized the shooting will start most probably internationally in various countries including Dubai.

Producer Actress Hemangin iof upcoming movie ‘VEDA’ is a born talented actor who has acted in several Hindi, Marathi, Tamil, Kannada & Telugu Movies. Hemangini has worked predominantly in Tamil movie industry. Hemangini's some of the hit movies include JK, Enum Nanbanin Vazhkai, The Lady Dhabang, Mee, Saubha gyavati Bhavah, Lal Salaam and has to her credit around 12 Marathi Movies, 8 Gujarathi Movies, 8 Hindi Movies, 3 Kannada Movies including acting one with the famous Kannada Film Director M.S. Sathya and various other Tamil, Telugu & Malayalam movies and TV Serials which in count would be more than 35 numbers.

She bagged ‘Gujarati State Award’ for ‘Best Actress’ which was bestowed in the hands of our Indian PM Shri. Narendra Modi who showered words of praise for her role. She also bagged Marathi Film ‘Rang MazaVegada’ which was recommended by our Indian Union Transport Minister Nithin Gadkari, Also she got nominated for the ‘Goa Film Festival’ and also ‘Kala God Film Festival’.

On the whole Hemangini Kaj is a multi-talented artiste who in her young age has achieved a lot of accolades in her career be it a Film Acting, Production House, Music Albums, an Event or a diversified Property & Construction business; she stands tall so far.

Currently based in UAE with Arvind Kaj couple her parents who are into construction business and sister SonalKaj. Hemangini also has a ‘Veda House of Talent Studio’ in Lokandwala Mumbai, HK Art & Entertainment Company in Dubai and Kaj Property & Real Estate Company also in Dubai.