Thumbay Medicity was honored by the visit of B S Yediyurappa, former chief minister of Karnataka, India on Sunday May 8. President and founder Dr Thumbay Moideen received him in his office. 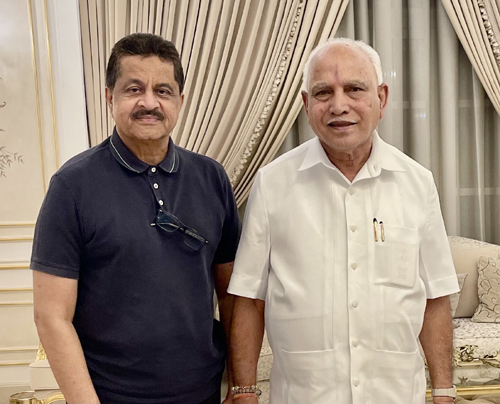 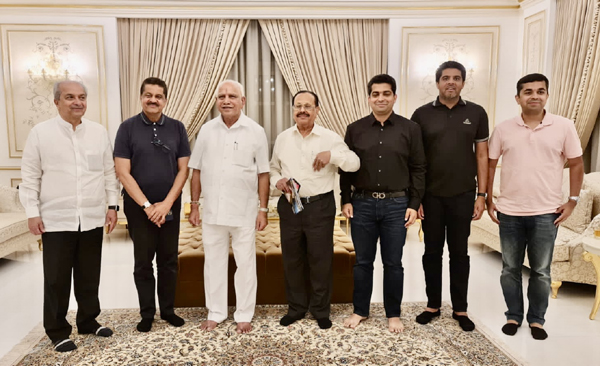 During the visit, the minister was given a guided tour of the entire Thumbay Medicity, Thumbay University Hospital, and also outlined the various development initiatives undertaken by the Group. Impressed by the infrastructure and facilities provided by the management, Yediyurappa congratulated President Dr Thumbay Moideen for his vision and progress that has been achieved in such a short span of time. Yediyurappa stated, “This is the Best Private Medical University I have visited in the region and I am proud of Dr Thumbay Moideen for providing an advanced institution that serves the United Arab Emirates with excellence in education and healthcare. A simple man from Karnataka, with a noble cause in his heart, has made a positive impact to this illustrious country by providing education-which is the real strength to build the future of a society and a country. Also, Thumbay Group has been nurturing the society by providing best-in-class healthcare while creating job opportunities for many in this field.”

Thumbay Medicity also has outlets of Thumbay Pharmacy – including the biggest robotic pharmacy, in addition to the central lab of Thumbay Labs – the biggest CAP-accredited private diagnostic facilities in the region. It also has leisure and hospitality amenities, such as Body & Soul Health Club and Spa, Thumbay Food Court with diverse food brands and cuisines, The Terrace Restaurant, Blends & Brews Coffee Shoppe, with its state-of-the-art facilities and superior amenities, Thumbay Medicity is expected to attract 15,000 visitors daily.