Kundapur, Jul 5: Souparnika river here has swollen and is flowing in the incessant rain during the last four days. The level of water in the river has risen. The villages Salupuda, Navunda, Badakere, Maravanthe, Chikkolli, Padukone and Areholi near the river are facing the fear of inundation.

Rain water has covered thousands of acres of cultivation and the people are struggling to take their cattle for grazing. Several trees are uprooted and electric poles have fallen apart in the gale. 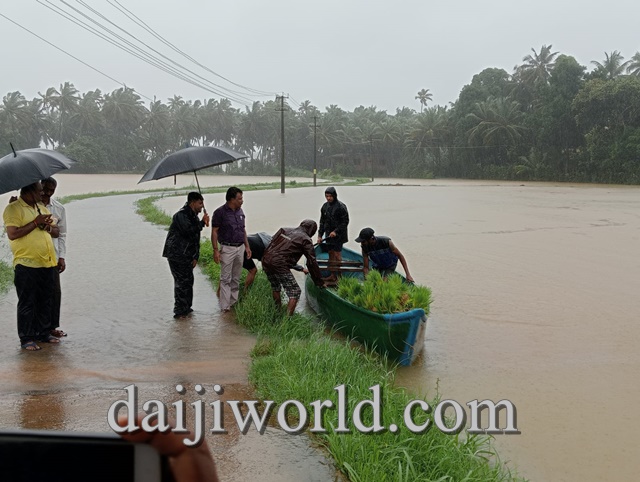 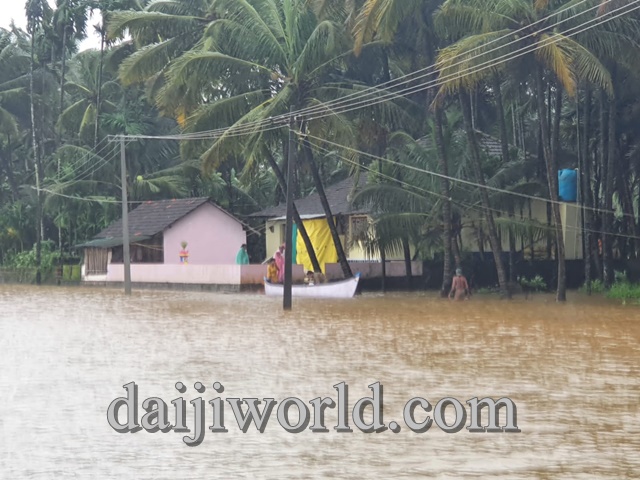 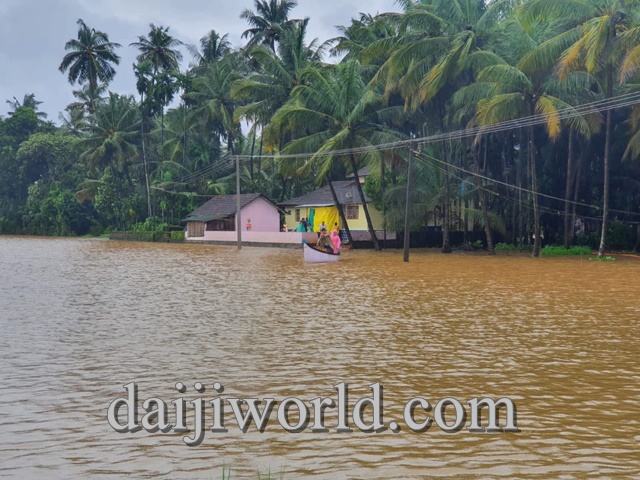 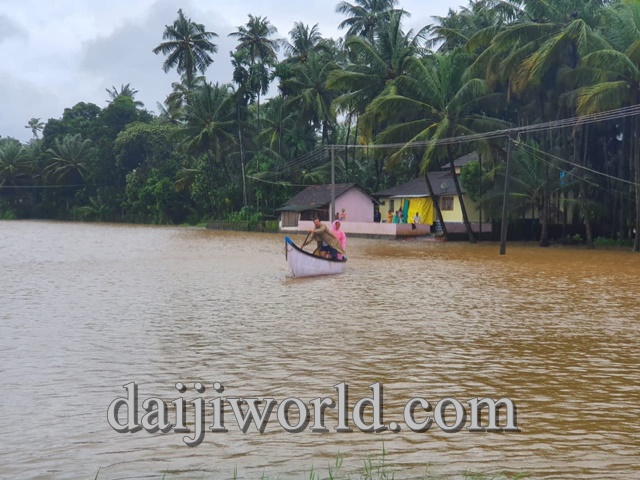 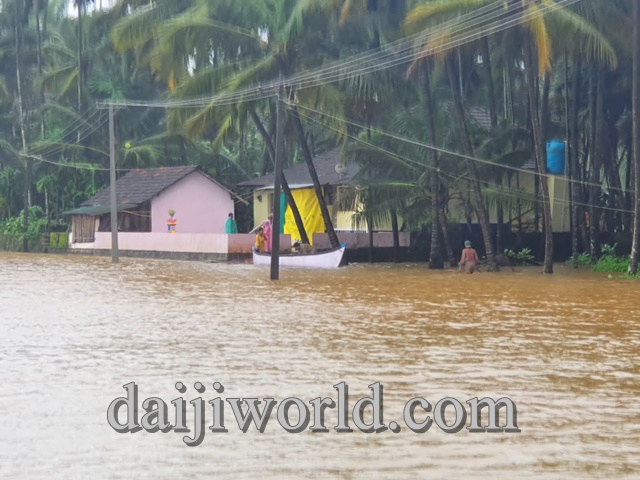 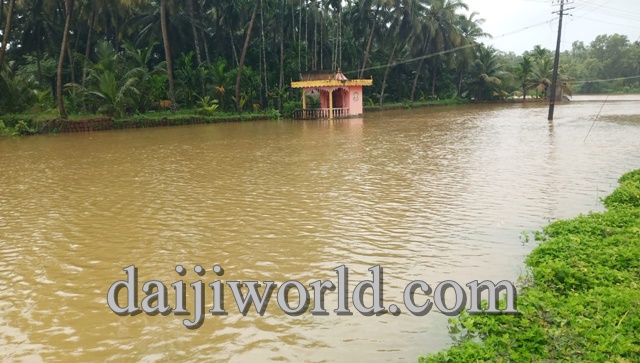 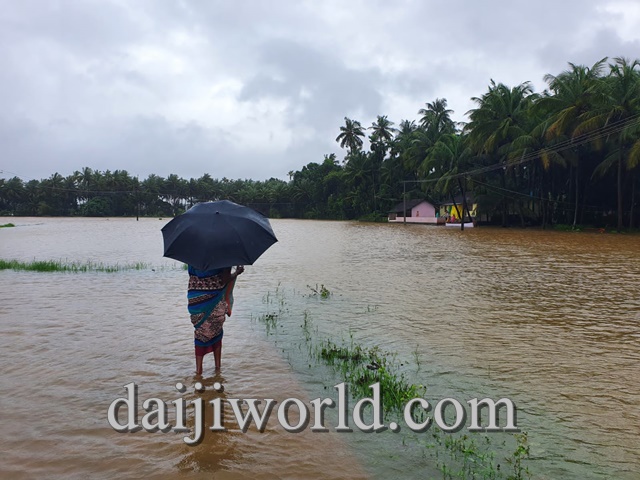 Byndoor tahsildar Kiran Goraiah visited the spot and conducted an inspection. He said that people are provided necessary warnings in places of inundation and they are being sent to temporary shelters when inevitable. “Boats are being arranged according to the demand. The needs of safety jackets are made known to the deputy commissioner,” he said.