The toll reached to 7 due to the floods on Friday in the Arab nation, Xinhua news agency reported.

The UAE Interior Ministry has extended its condolences to the families of the victims who are of various Asian nationalities, Al Salem Al Tunaiji, Director General of the Ministry's federal operations, said in a tweet on Friday. 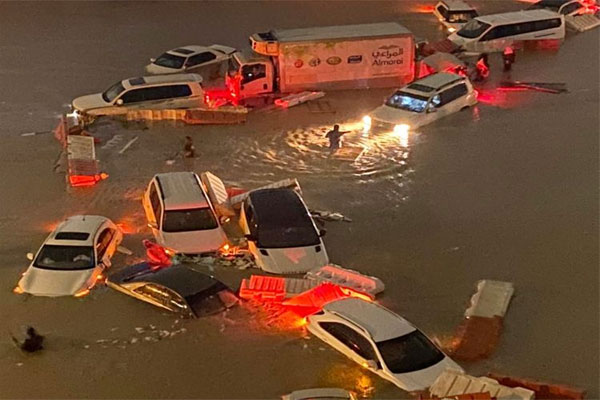 Al Tunaiji added that 80 per cent of those who were evacuated have returned to their homes, noting the rescue operations are still ongoing in the affected three Emirates.

Heavy downpours have lashed northern and eastern UAE for two days since Wednesday, causing floods in several regions, including the Emirates of Fujairah, Ras Al Khaimah and Sharjah, where 879 people have been rescued, the Ministry said on Thursday evening.

Nearly 827 hotel rooms have been allocated by the Ministry of Community Development to accommodate 1,885 people from the three Emirates.

According to the UAE National Centre of Meteorology, Fujairah has recorded the maximum rainfall during July in the past 27 years.