Dubai, Aug 6: Nihal Tauro will be performing live for the first time in the UAE. The concert will be held at Sheikh Rashid Auditorium, The Indian High-School, Dubai on October 8 organized by Precious Parties & Entertainment along with USWAS-Shirva. The singing sensation will treat his fans to an unmissable live event showcasing his highly acclaimed vocal style.

Along with Nihal Tauro, reality show ‘Mozo Thalo Gaithalo’ title winner, Velita Lobo, the young singing sensation will join with her melodious vocals to enthrall the audience. Arpith Indravadan popularly known for MAD In Kudla, will be up on stage with his stand-up comedy who will keep the audiences glued to their seats with his exceptional comic timings and rib-tickling humor. 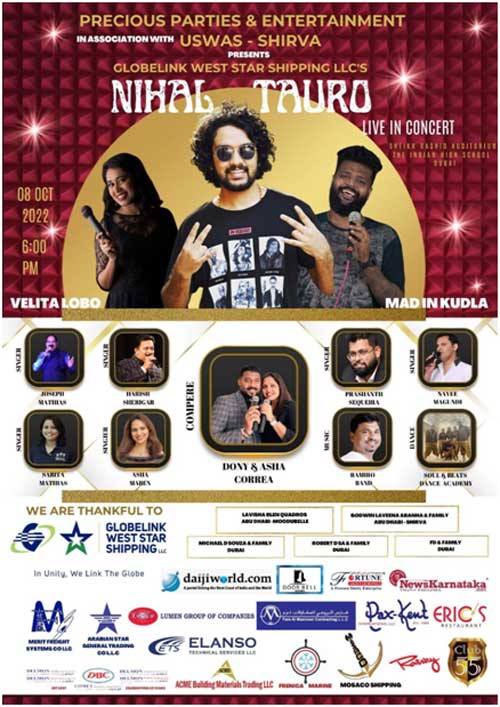 The much-awaited mega event Nihal Tauro Live in Concert will be compeered by the most creative, multi-talented, power couple Dony and Asha Correa. They have been instrumental behind many unique, successful and memorable shows in this region. Dony Correa is known for his multi-talented skills as an actor, singer, composer and has compeered for more than 60 shows in India, UAE, KSA, Qatar, Oman, Bahrain and London including Wilfy Nite, Mandd Sobhann, Henry D’Souza, Melwyn Peris, Victor Concesso, Kevin Misquith, PrajothD’sa, Norbert Pereira etc. He was instrumental in successfully compering Semi Finals of Gulf Voice of Mangalore for various seasons in different parts of GCC. He has been awarded Best Emcee twice for his unique style of compeering. His multi-talented wife Asha Correa compliments him well and when they join on stage it creates a different aura which mesmerizes the audience. 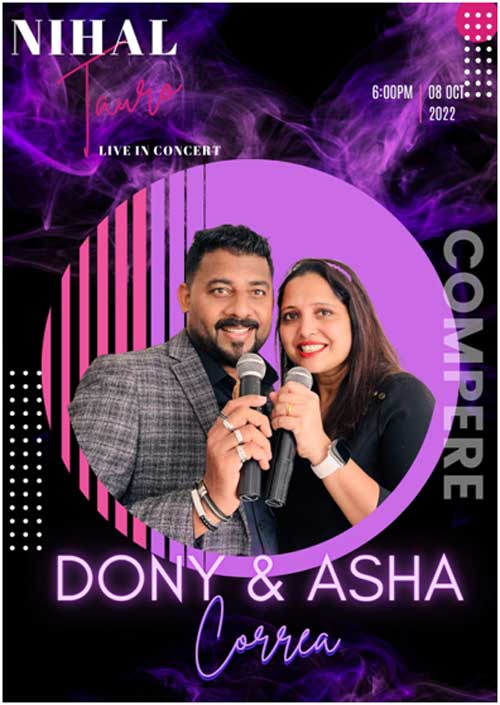 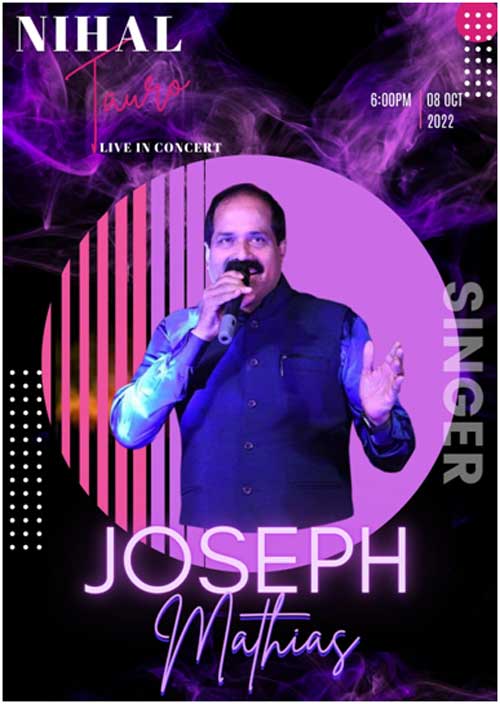 To keep the audience upbeat and enchanted successful entrepreneur, Konkani and Kannadiga supporter, kindhearted philanthropist, talented singer and actor Joseph Mathias, MD Merit FreightSystems, who was honored with prestigious Mayura Award will entertain us with his melodious voice. He has always driven and enthralled his audiences with his vibrant performances. 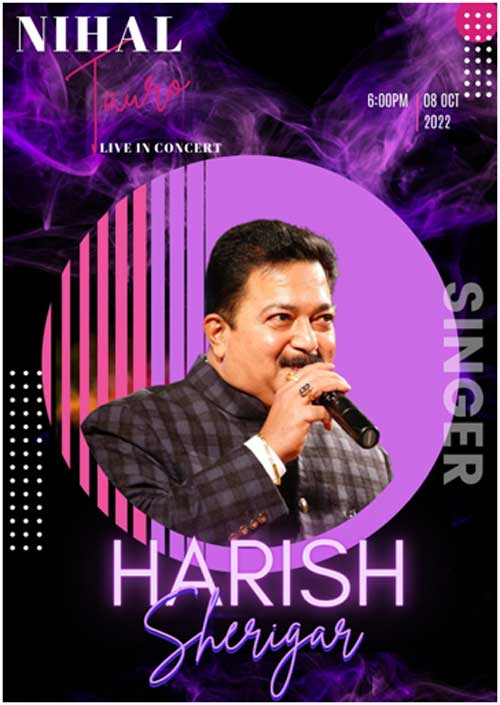 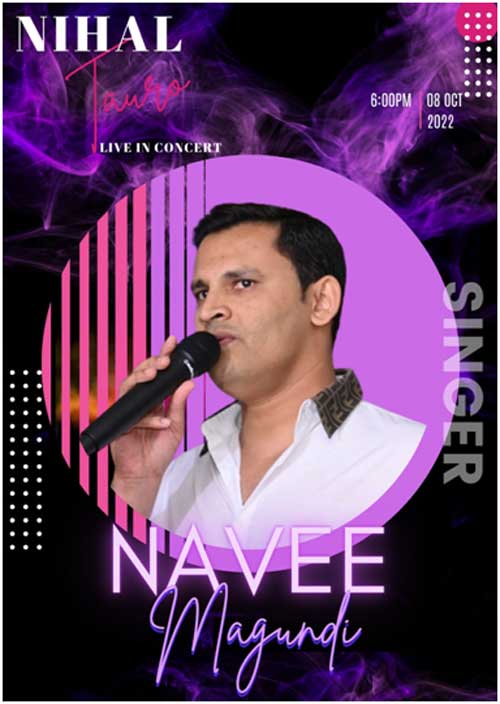 Another passionate and popular singer who does not requirea lot of introduction is Navee Magundi. He has captivated the hearts of many in the digital world and has risen to be a singing sensation with his soulful singing skills and expressions who can sing in 6+ languages effortlessly. He has a big fanbase with more than 150K followers on Facebook and listeners are driven with his amazing songs and cheerful charm. He was the UAE semifinalist in a popular show Mujo Thalo Gaithalo Gulf version and also sung Hindi version of famous song 'Manasa' by Maxim Angelore. He sung the title song for Mog Mulyar 281st Wilfy Night. 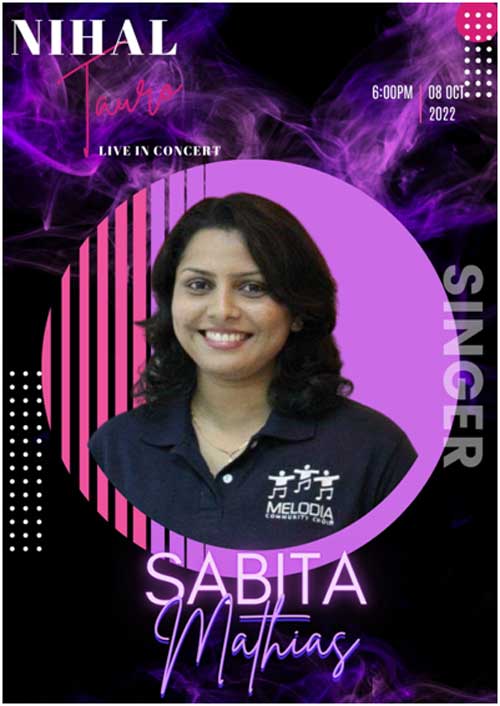 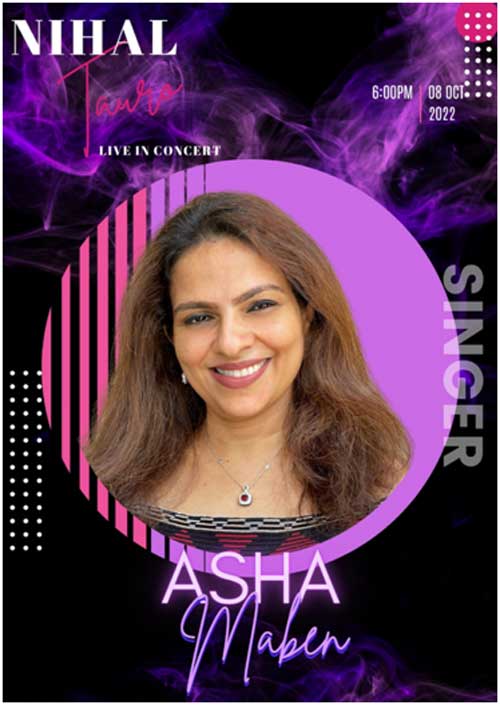 Amidst all the renowned singers we have Asha Maben Rego known as Shirva’s Kogul, to perform some melodious songs and keep us entertained. Asha is a well-known name in music industry as she has rendered her voice for many musical shows and musical albums (in Konkani, Kannada & Hindi). Once she was the core female singer for ‘Mandd Sobhann’ group. 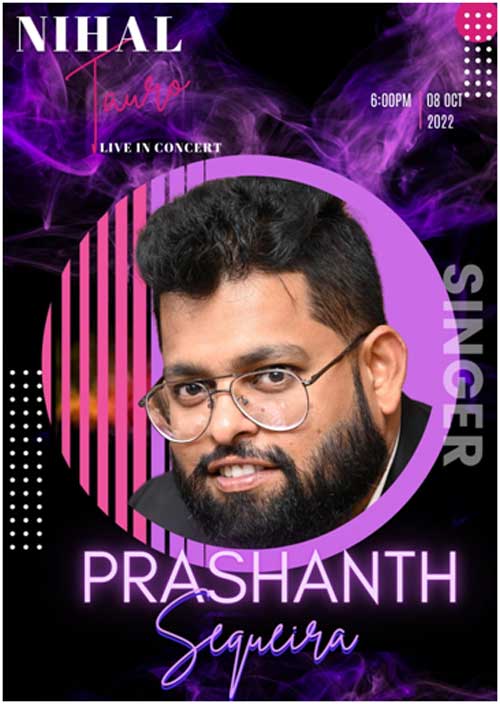 The event will also feature Prasanth Sequeira a young vibrant artist, a popular singer, composer and musician to keep you entertained with his electrifying performance. Hailing from Shirva and member of USWAS Shirva group. He is very well known for his Konkani music albums ‘Yo Maga’ and ‘Tunch Moga’, both were we accepted by music lovers of all generations.

The show will have band of musicians led by Ramiro Mascarenhas, who are well known for complimenting the singers to perfection. The team consists of musicians who play highly electrifying rendition of Bollywood, Kannada, Konkani hits in their instrumental form.

Soul & Beats Dance Academy troupe led by Gautham Bangera will be performing and entertaining the crowd during the live show. Gautham Bangera a well-known Mangalurean tacher at Springdales Dubai, a choreographer and experienced dancer who has an Institute named Soul & Beats at Dubai won the prestigious Mr UAE International 2022 and Handsome 2022 twin titles amongst all the nationalities in the grand competition held recently in UAE. He has trained many Mangalureans in various dance events. He was awarded as a top finalist in the UAE dance reality show 'Strikers Dance Challenge' in 2018.

The organisers promise an evening full of entertainment from the young talented and popular performers. The show is going to be multi- lingual (Hindi, Konkani, Kannada, and Tulu) and open for all. 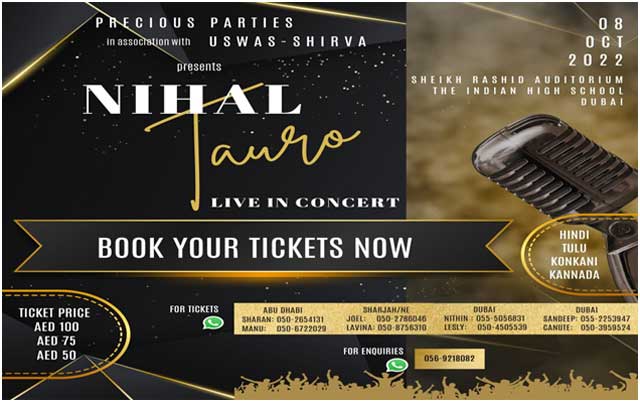 The tickets are already on sale and priced as AED 100, AED 75 and AED 50. Grab tickets soon as only few tickets left. The organisers have confirmed that ticket sales are on high demand.