Mangaluru, Aug 6: "Though the minister of Home Affairs had arrived in the state, neither the chief minister nor other ministers bothered to appeal to him to release grants to provide compensation to people affected by natural disasters or damages that took place due to flood that occurred in the state. Instead, they have discussed only their party issues," said MLA U T Khader.

He was addressing a press meet at the circuit house on Saturday August 6. 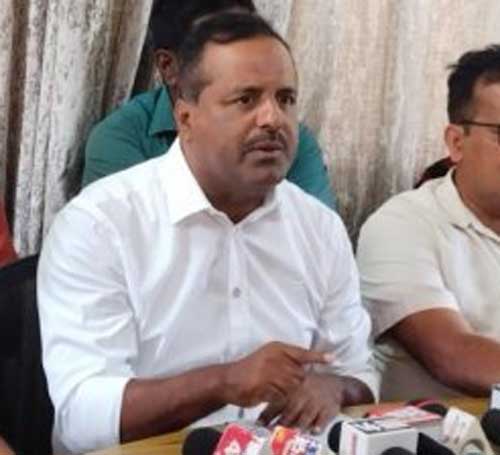 He further said, “People in Sullia, Sampaje, and other parts of the coastal areas are suffering due to heavy rain and flood situations. Several houses suffered damages due to incessant rainfall. The district in-charge minister has failed to conduct meetings and draw a proper action plan to tackle the situation. The BJP has failed to respond to the problems of the people who are suffering from the flood. People have lost faith in the BJP-led state government.

“The minister of Home Affairs had arrived in the state but no ministers were ready to ask him to release grants from the National Disaster Response Fund. People who lost their houses are suffering. They have not even submitted a memorandum seeking grants. They are not concerned about the people in the state. The BJP MPs elected from the state are insulting the 6.50 crore people living here,” he said.

He also said that if BJP MPs do not have the courage to seek grants from the union government, let them take an all-party delegation to Delhi.

Khader also urged that the district in-charge minister to form a special team of officials to study the damages and provide proper compensation.

He said, “When I was the minister for Urban Development and Housing, I had identified the land and approved the construction of houses for those who lost their houses due to heavy rain. We had given Rs 10,000 rent to the flood victims till their houses were constructed.”

Khader also added that everyone should adhere to the guidelines of the administration to protect peace and harmony in the district. "Due to 3% anti-social elements, 97% of common people are suffering because of communal unrest," he said.

He also said that while implementing the orders, it is the duty of the administration to see that no common man suffers.