Baghdad, Aug 22 (IANS): Four bodies have been recovered from the rubble of a landslide on a Shia shrine near the holy Shia city of Karbala, Iraqi authorities said.

Rescue teams were continuing searching for people who were believed to be trapped under the rubble of an earthen mound adjacent to the shrine, said the Iraqi Civil Defence Directorate in a statement on Sunday.

The shrine of Qattarat al-Imam Ali, located nearly 110-km south of the Iraqi capital Baghdad, collapsed on Saturday due to "moisture saturation," the statement added. 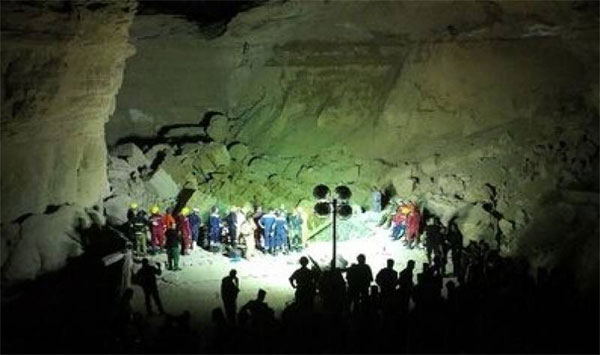 Among those rescued were "two children and a boy" who were in good health and were transferred to hospitals in Karbala, said the statement.

A separate statement by the Iraqi Health Ministry said that six people with various injuries have been rescued, Xinhua news agency reported.