CRIC QATAR Summer league started in the month of June with 48 teams taking part in it, which concluded on 26th August by Triple Kings winning the prestigious trophy defeating Highway Boys in the Finals.

Earlier in the morning, Sudarshan of Highway Boys team won the toss and elected to field first. The Triple Kings players went on to put mammoth 269 runs on the board in stipulated 16 overs. Ashif Maliyakkal made 50 (in 18 balls), Rashiq Melethil 47 (in17 balls) and captain Siddiq Hanifa 46* (in 19 balls) contributed well with the bat for the Triple Kings. Alen Adras and Javes took two wickets each, whereas S Thushy and Pragash, took one wicket a piece. 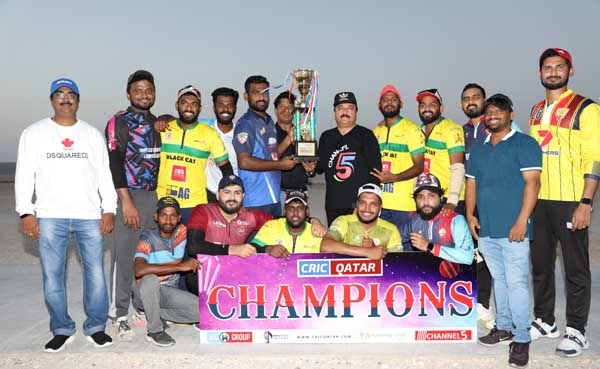 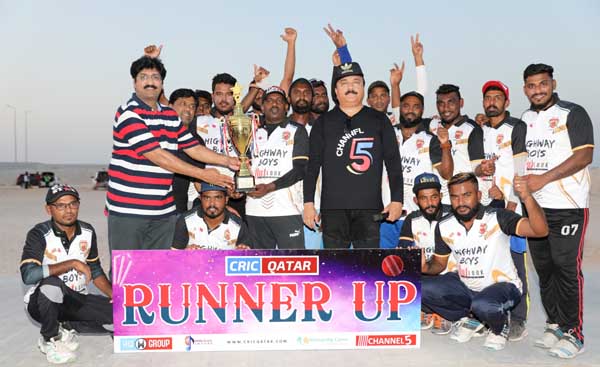 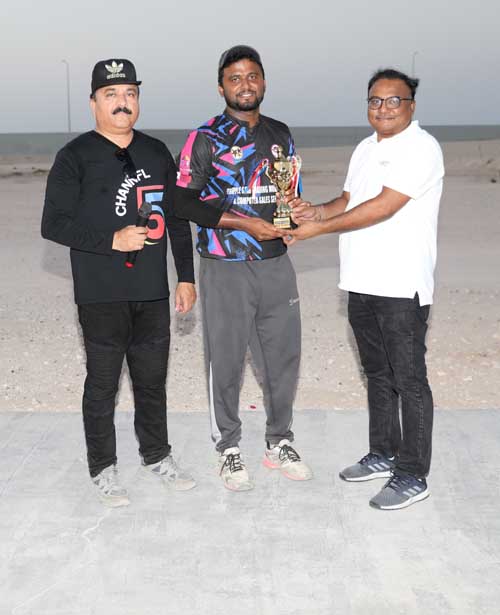 Chasing the target Highway Boys were bowled out for 174 runs in 15 overs, The highest scorers for Highway Boys were Nilojan 39* (in 27 balls), Javes 37 (in 19 balls), Sudarshan 30 (in 9 balls). Ramees NP of Triple Kings continued his fine form and took 5 wickets and restricted the opposition reaching the target. Ashif Maliyakkal was adjudged man of the match for scoring 50 runs and claiming 2 wickets.

Speaking at the presentation ceremony the chairman of Cric Qatar Syed Rafi thanked all the participating 48 teams for their trust and confidence in Cric Qatar and said that now Cric Qatar has more than 600 teams of Doha registered with us and using CRIC QATAR app for online scoring and for scheduling of matches. He also thanked the dignitaries present for the presentation namely Venkappa Bhagavatula, president of Andhra Kala Vedika, Venkat Potta general secretary of Telangana Praja Samithi, KT Rao general manager of Jaidah Motors, Mohinder Jalandhary Punjabi singer and Madhu Vanteru singer of Doha Music Lovers Group.

The winners and runner ups were awarded with trophies and cash prizes followed by tasty snacks and the evening was concluded with beautiful songs from Mohinder Jalandhary, Venkappa and Madhu, the players enjoyed the songs and danced to the tunes.