Dubai, Sep 6: A heart touching movie with a message to the society which connects people back to routes of our soil. Beautifully narrated by national award director Shivadhwaj Shetty and produced by a Dubai based NRI Ishwaridas Shetty.

The movie was backed by Kannada Patha Shaale Dubai on the context of a Kannada language & noncommercial aspect of the movie, the same was released by Kannadiga owned movie distribution company in Dubai named OMG , 'Overseas Movies Gulf' founded by the quads Mallikarjun Gowada, Senthil, Ishwaridas Shetty and Shashidhar Nagarajappa.

Premier show held on Sunday, September 4 at Galleria Cinemas Deira Dubai and was attended by the chief guest NagathiHalli Chandrashekhar a renowned name in sandalwood, director Shivadhwaj, Adyar Madhav naik well-known producer, Chandrakanth Ullal one of the key role actor in the movie and national awardee. 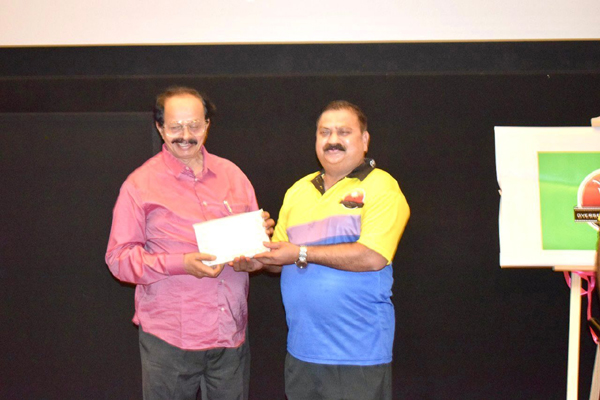 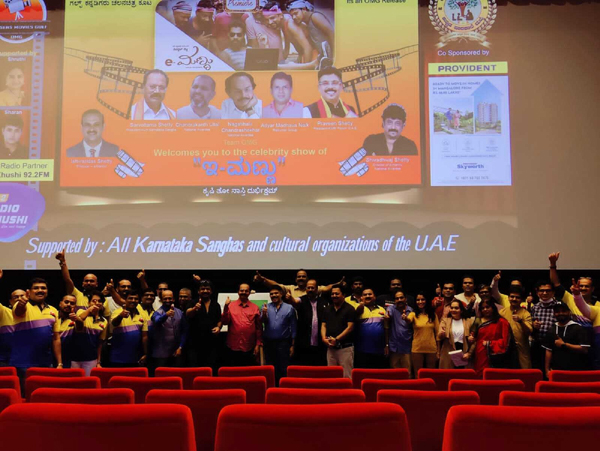 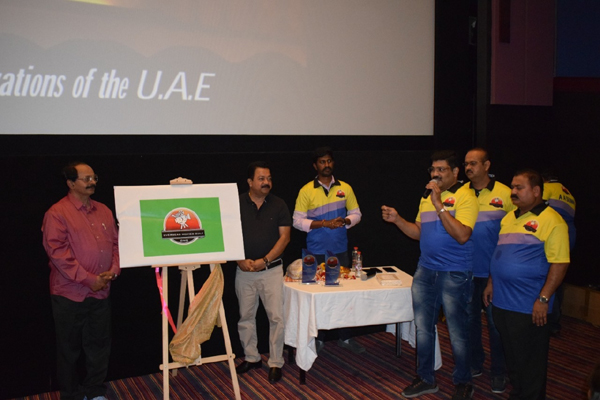 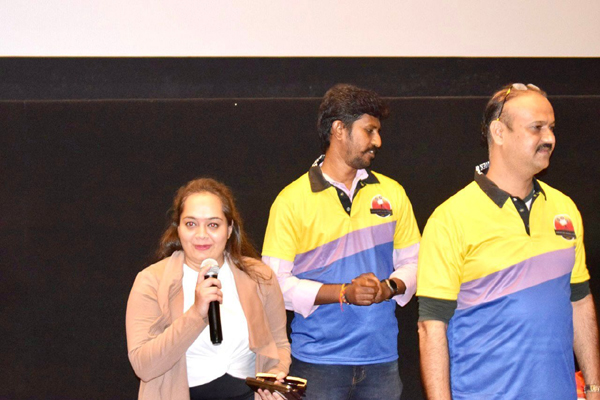 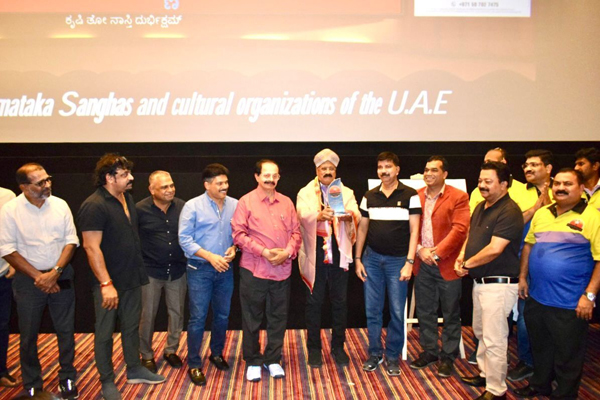 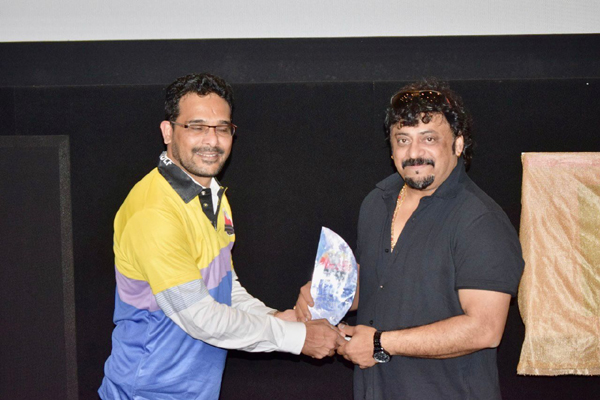 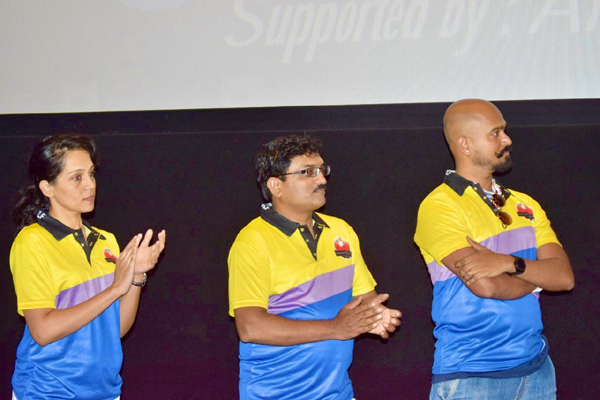 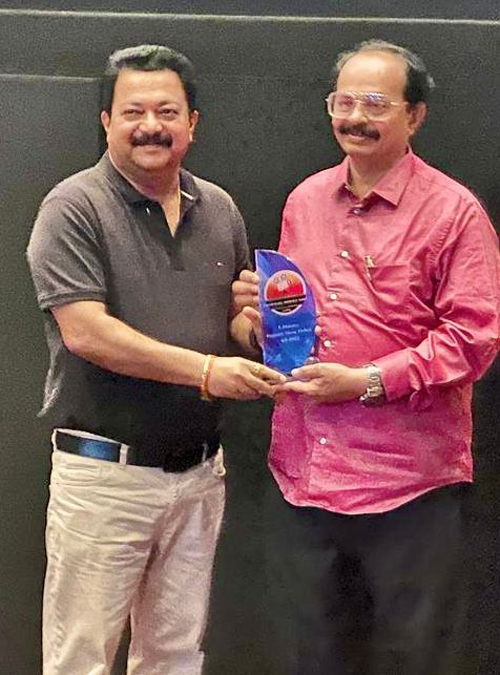 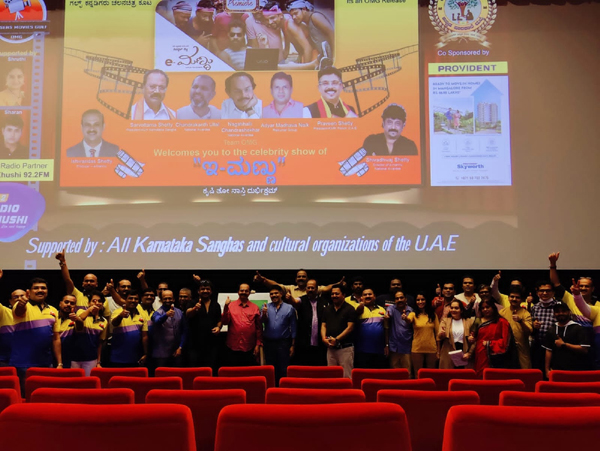 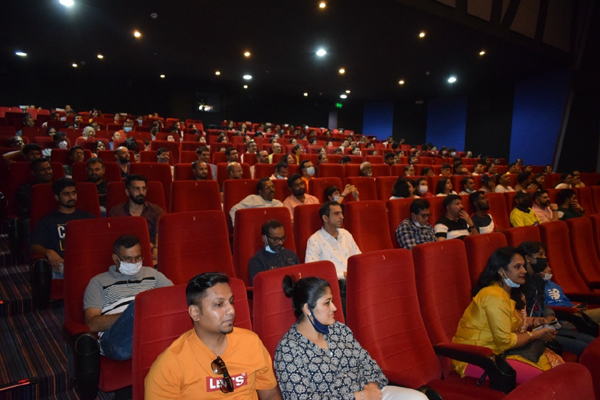 On this occasion, e-mannu releasing team 'OMG' felicitated Praveen Shetty, an NRI business man, KNRI forum president and recent year’s Karnataka Rajyotsava awardee. Final felicitation was dedicated to Sarvottam Shetty a veteran Kannadiga in UAE to support the cause of the state and the nation for over 4 decades.