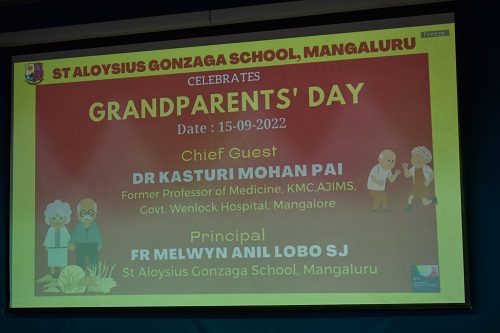 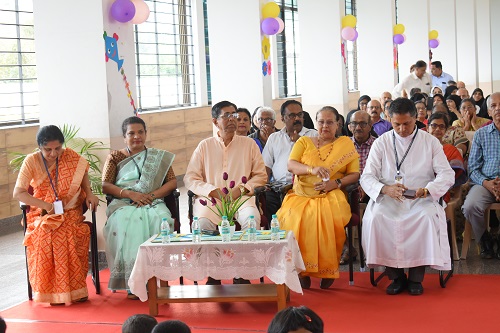 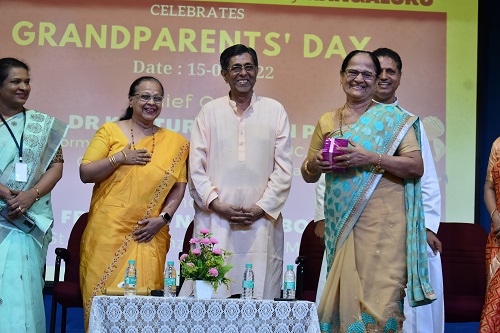 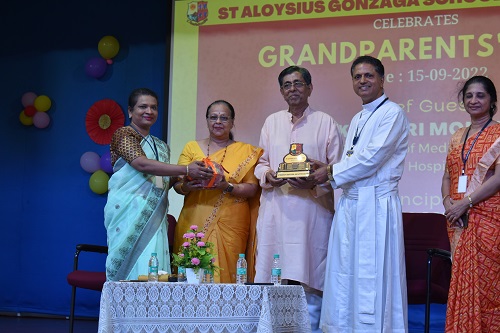 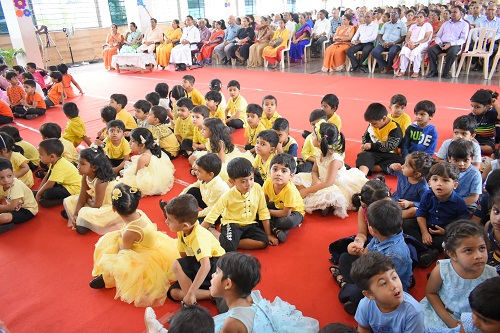 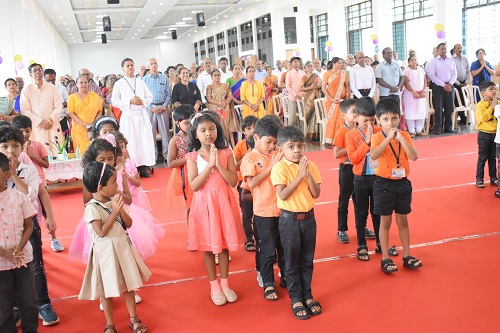 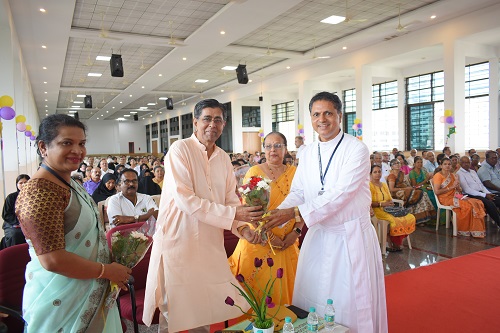 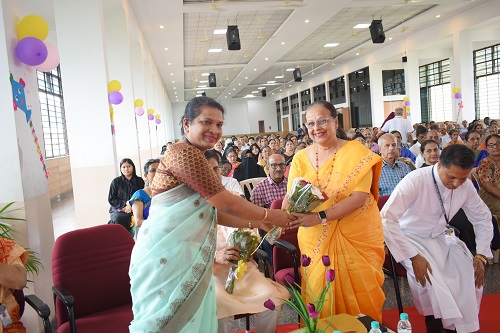 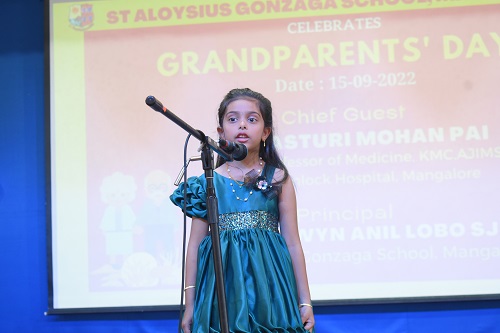 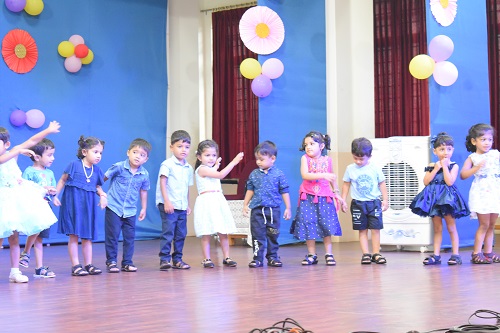 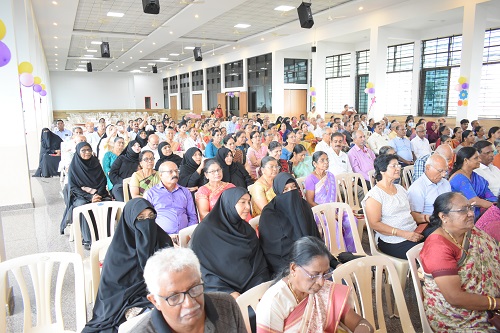 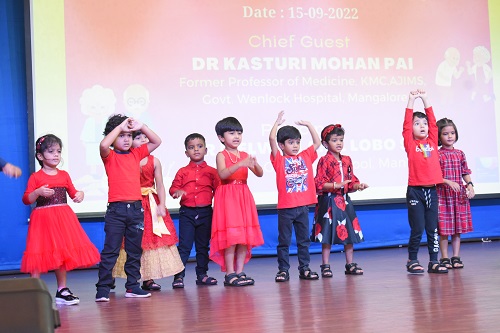 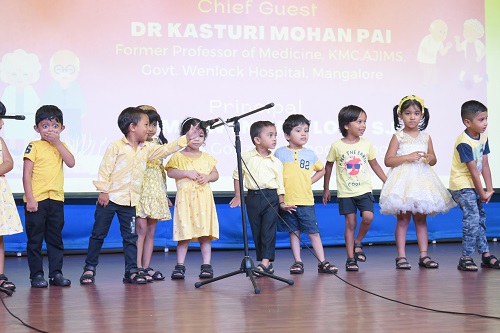 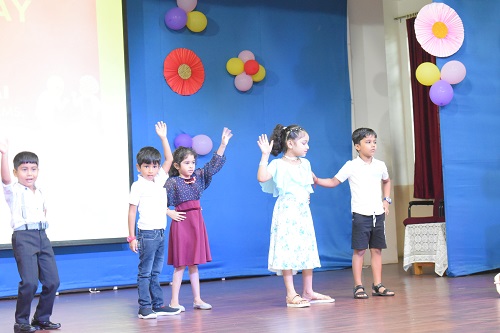 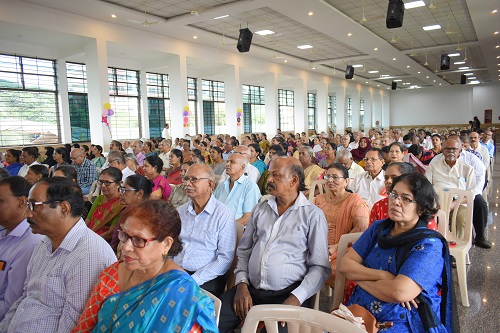 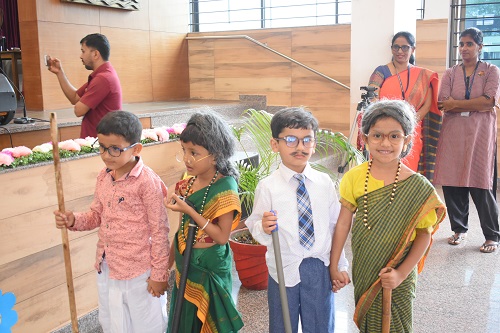 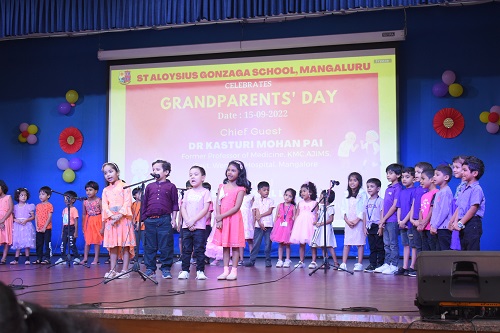 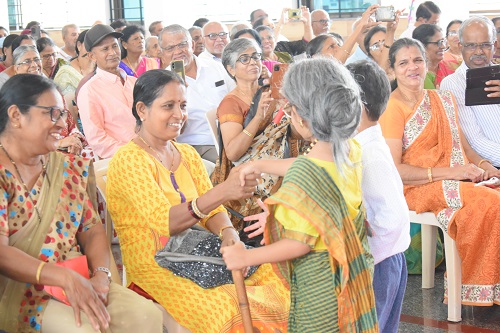 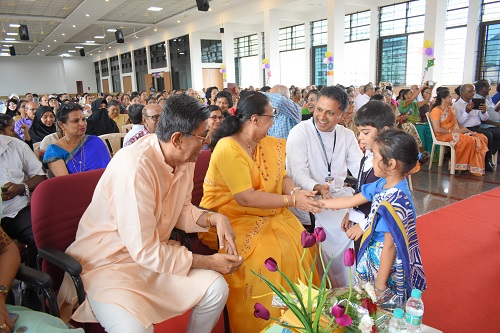 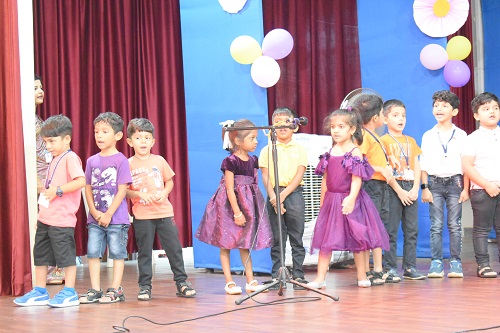 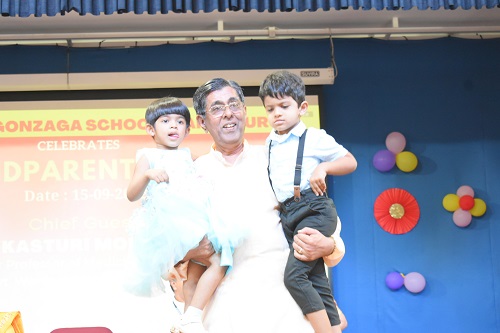 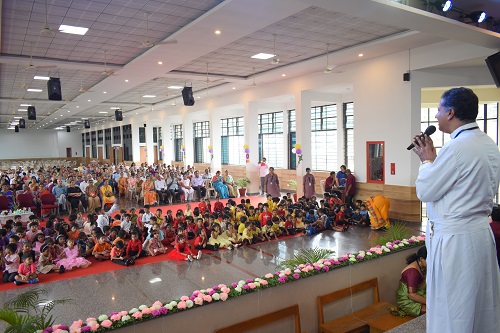 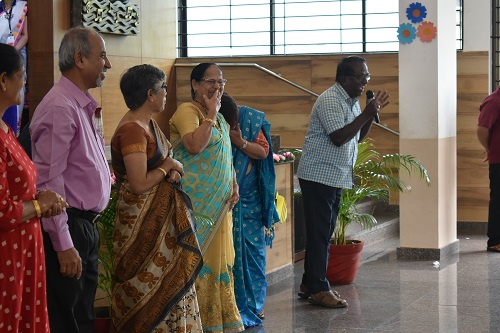 A great personality with many accreditations to his credit, Dr Kasturi Mohan Pai, said that the role of grandparents is very important and they need to instill good culture, values and habits in the little ones who are the future of our world. He gave a call to the grandparents to shower their love on their grandchildren, there is no better medicine than a hug.

Adora Lorraine D'Souza of KG-II highlighted the significance of Grandparents’ Day. Deepa Sequeira conducted fun-filled games for the enthusiastic grandparents. Veronica D'Souza welcomed the gathering. Averyl Rebello proposed a vote of thanks and Rashmi compered the programme. Vice principal Laurel D'Souza and Kindergarten-coordinator Aparna Suresh were present during the programme. As many as 200 grandparents participated in the celebration and were greeted with flowers and greeting cards. Overall, it was a memorable day for the grandparents to cherish down memory lane.