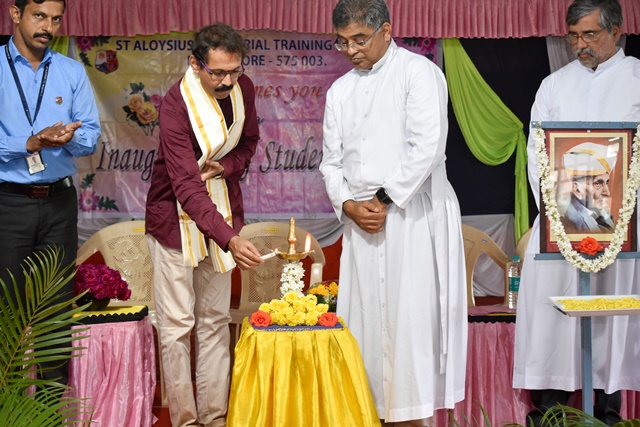 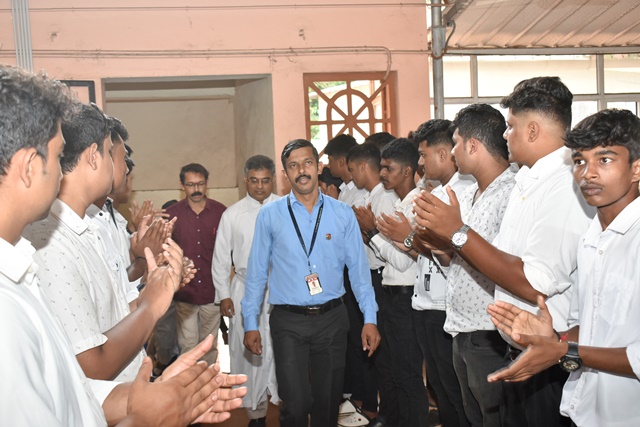 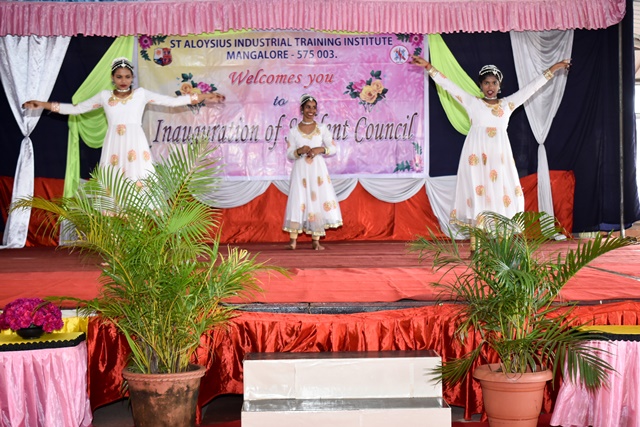 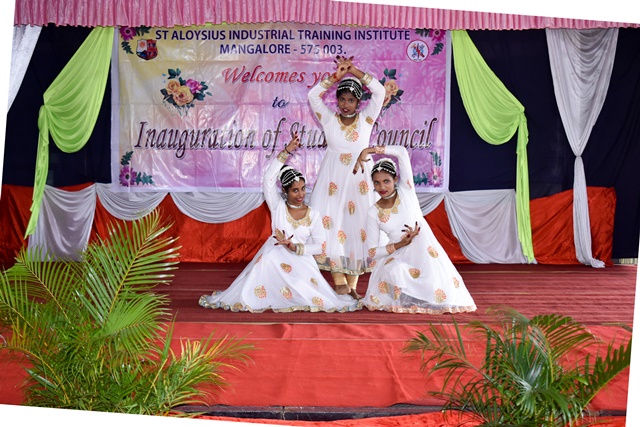 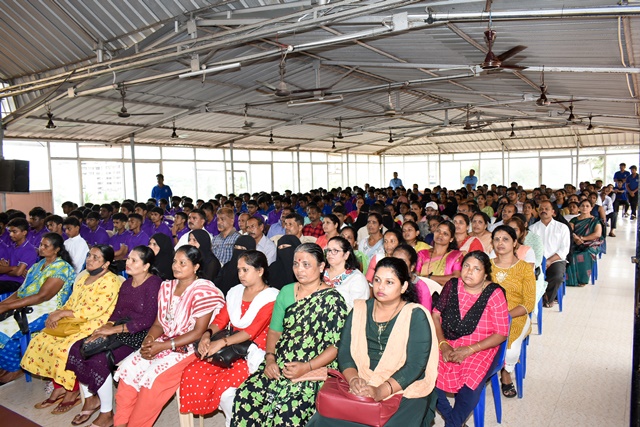 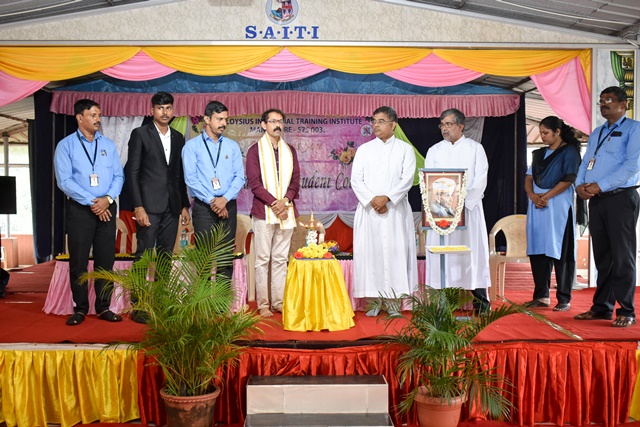 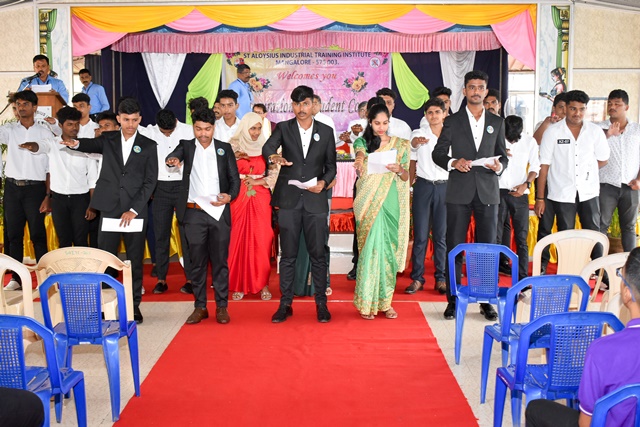 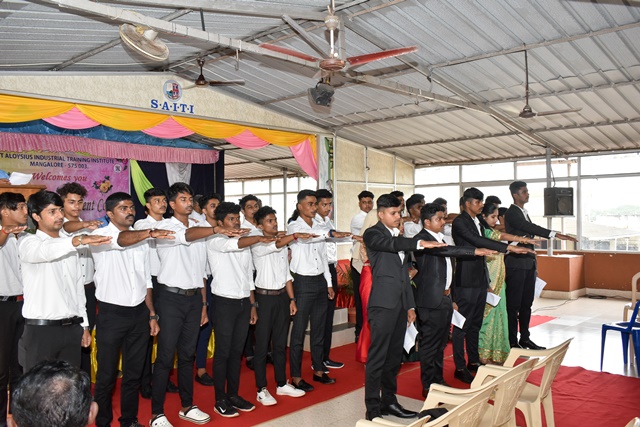 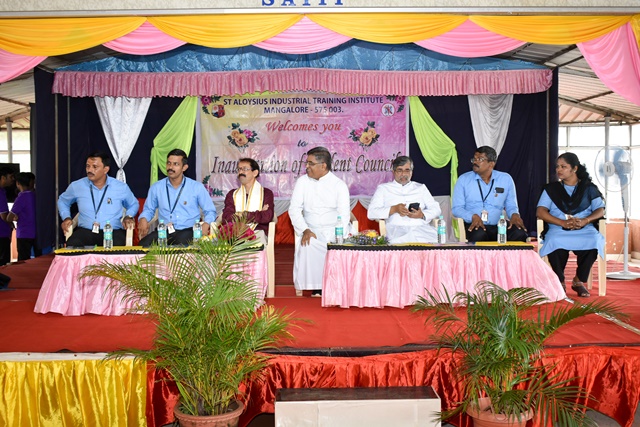 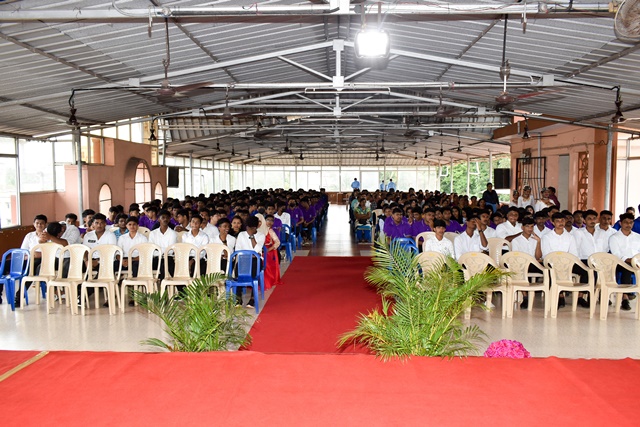 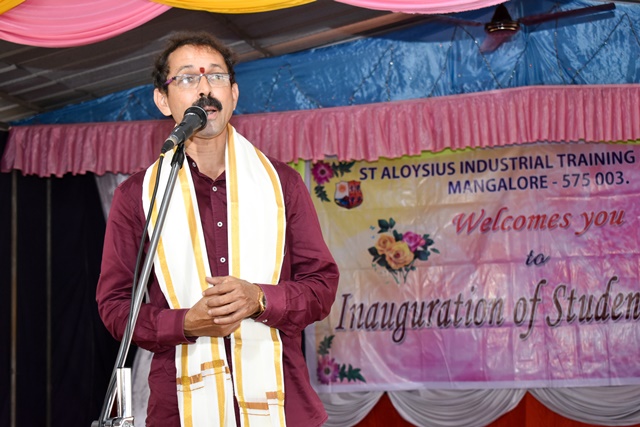 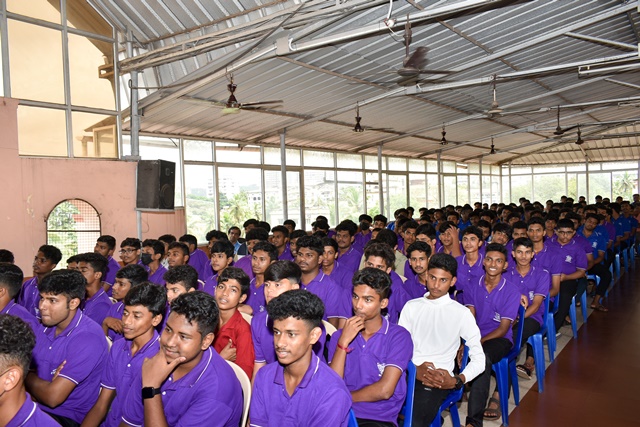 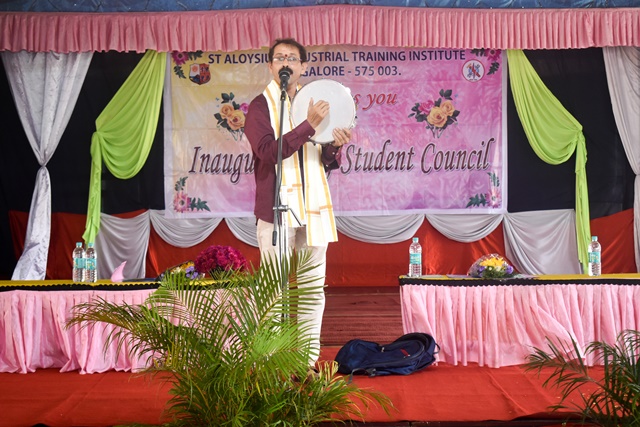 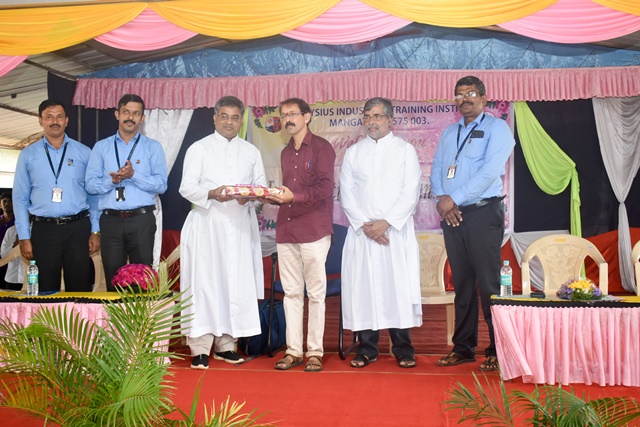 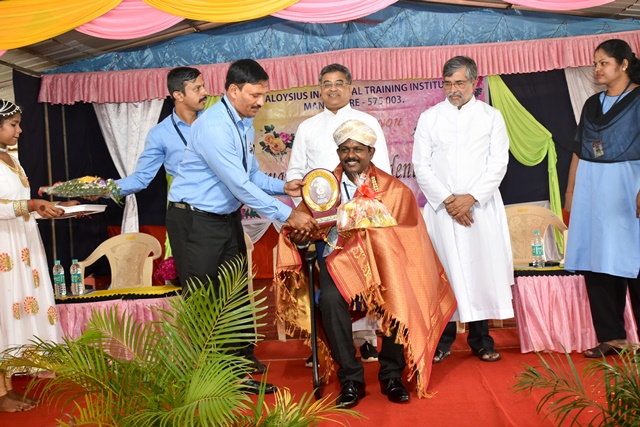 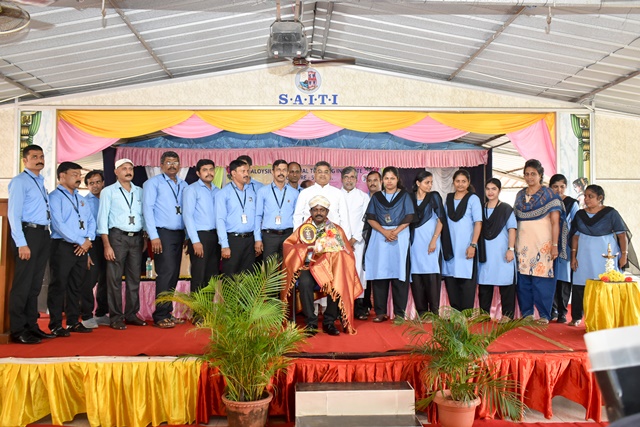 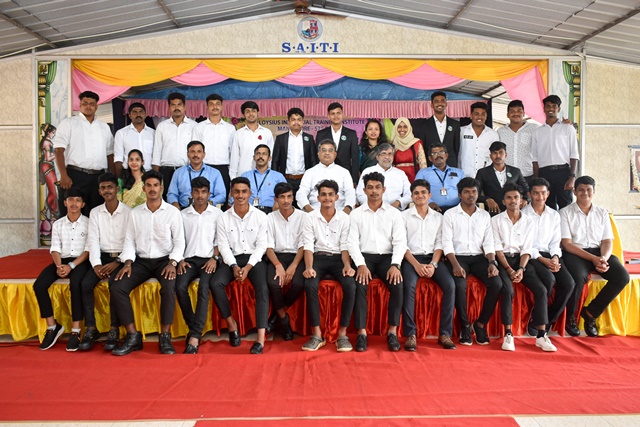 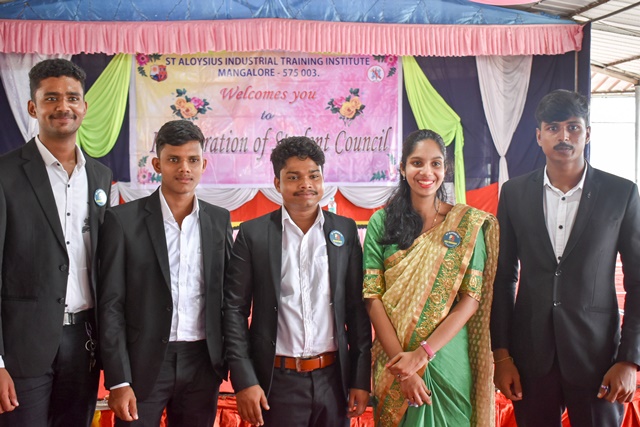 The programme commenced by a prayer service which was led by Wilson N, JTO. The welcome dance was performed by the Sewing Technology students. Later the guests were escorted to the dais by Padmavathi. Fr John D'Souza SJ, director welcomed the gathering.

The newly elected student council members are as follows:

Addressing the gathering chief guest Vittal Nayak spoke a few words on life skills for students. He said technicians rule the world. He also gave a theory of 8+8+8 rule for life. He also mentioned the 3F’s - Family, Friends, Faith ; 3H’s - Health, Hygiene, Hobby; 3S’s - Soul, Service, Smile. He later spoke about 4F’s of life - Follow the Master, Face the Devil, Fight till the end, Finish the game. He suggested listening to the melody of music. He also said marks are not important in life. "Don't compare yourself with others. Everyone has their own hobbies in which they can come up in life," he added.

In his presidential address rector of St Aloysius Institutions, Fr Melwyn Joseph Pinto SJ said, it is important to reflect what Vittal Nayak Sir spoke in his motivational speech. There are some students who study ITI during the day time and study Bachelor Degree in the evening which has a good scope nowadays, he noted. He appreciated the staff members for their hard work and commitment for the 100% placement and 100% result of the students for the academic year 2020-22 and 2021-22 and also 100% admission for the academic year 2022. He also wished everyone a great success.

Padmavathi, convener of the programme, proposed a vote of thanks. Allen Mathew Coelho, student of Electronics Mechanic 1st year compered the programme. The programme concluded by singing the National Anthem.