On coming to know about the fire accident, panchayat chairman Kusuma Bhat and her staff members opened the panchayat office door on Tuesday to see flames burning in the record room. With the help of the locals, the fire was doused. 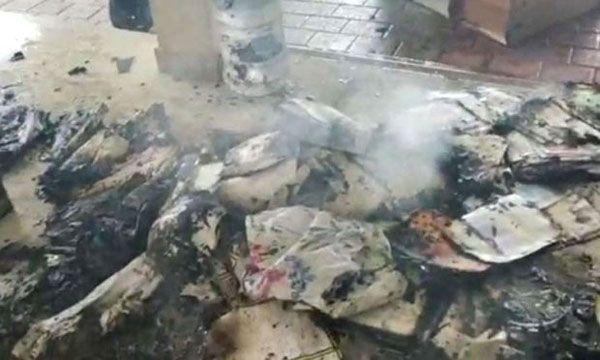 It is believed that the panchayat office caught fire in the night and all the old records were completely burnt by morning.

Cupboards and some computer equipment including printers and plastic chairs were burnt due to the fire.

Panchayat chairman Kusuma Prabhu said there were issues pertaining to the electrical wiring and it was brought to the notice of Mescom. The panchayat has incurred huge losses due to the fire suspected to be due to short-circuit which has destroyed computer equipment as well. She said a thorough investigation should be conducted to know the reasons for the fire.

Meanwhile, villagers are tensed that records and documents pertaining to their property, sites, employment certificates, land holdings and tax receipts have been destroyed in the fire.

However, Mescom officials who inspected the spot said the fire was not caused due to short-circuit and added that there was no damage caused to the electrical wires in the building due to the fire.