Bantwal, Sep 21: Police have escorted to Bantwal suspected terrorist Maz Ahmed who was arrested in Shivamogga and remanded to police custody.

A Theerthahalli DySP Shantaveerayya and Agumbe PSI Shivakumar-led team escorted him to Bantwal and are conducting inquest near Sintani Katte Agrahara, Navoor, Bantwal. Investigations are being held through dog and bomb squads as it is said that he was conducting bomb rehearsals at the spot.

The accused was escorted to Agrahara, Sintanikatte and Navoor where the bomb rehearsals were held. Muthakudur is a place where cows graze and is like an island deserted by people. Police have conducted inquest with sufficient caution. 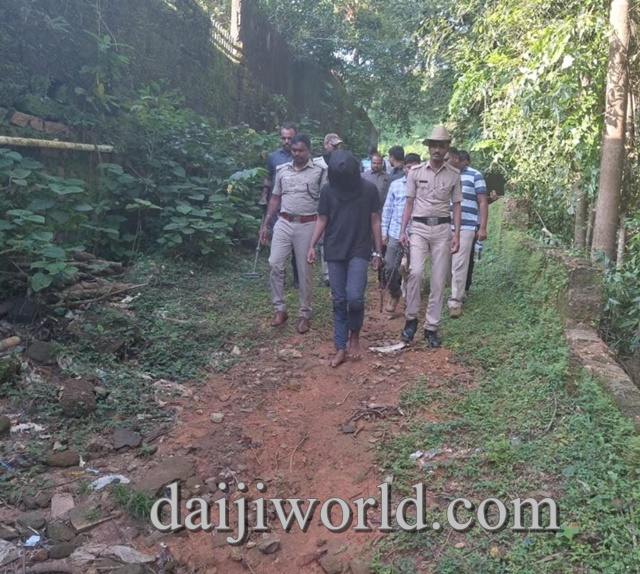 It is said that important information is being gathered from the accused.

Suspected terrorists did explosion trials to carry out nationwide strikes

Shivamogga, Sep 21 (IANS): Two arrested suspected terrorists have revealed that they carried out explosion trials on the banks of Tungabhadra River in Shivamogga district of Karnataka, police sources said on Wednesday.

The team was planning to carry out bomb strikes all over the country once they got the handy explosives ready. One of the accused Syed Yasin, studied Electrical and Electronics along with another suspect Maaz, was trying to develop an improvised explosive device, police said.

The probe has indicated that Syed Yasin and Maaz jointly conducted the trial blasts at isolated locations in various places of the state and police suspect that they have joined hands with others in the state in this connection and chosen a few to train them to make explosives.

Yasin is believed to have conducted about 17 such trail blasts on the banks of Tungabhadra River in Hale Gurupura region of Shivamogga. The police have recovered materials from the spot, according to sources.

The investigations have also shown that the accused used a new app called WireApp to communicate. The police have gathered information that more than hundred persons are using this app and in touch with the accused persons.

The arrest of Jabiulla, who was shot in the leg after trying to attack policemen, was the turning point in the investigation. As soon as his arrest, the accused who are presently in police custody, had left the group.