Bharat Jodo Yatra is a fight against ideology that killed Gandhi, says Rahul

Bengaluru, Oct 2: Congress leader Rahul Gandhi began the third day of his Bharat Jodo Yatra in Karnataka on Sunday after paying tributes to Mahatma Gandhi on his birth anniversary, and said the party will unite India like Bapu united the country against injustice.

Rahul Gandhi, who is on day 25 of his nation-wide Bharat Jodo Yatra, said the 153rd birth anniversary of the father of the nation and great son of India Mahatama Gandhi, recalled that Gandhiji fought the British Raj while he and his supporters have “embarked on a battle with the very ideology that killed Gandhi.”

Rahul Gandhi visited the Khadi Gramodyog Centre at Badanavalu in Nanjangud. He spent some time in contemplation at the centre, which has a historical significance on account of Mahatma Gandhi's visit here in 1927. 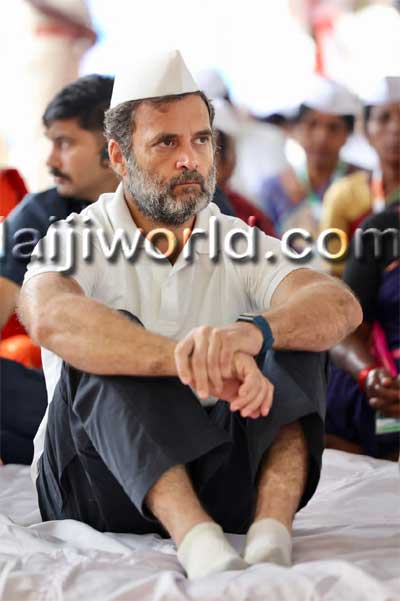 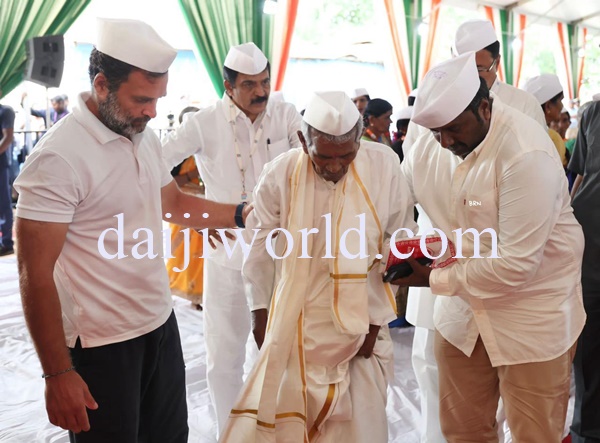 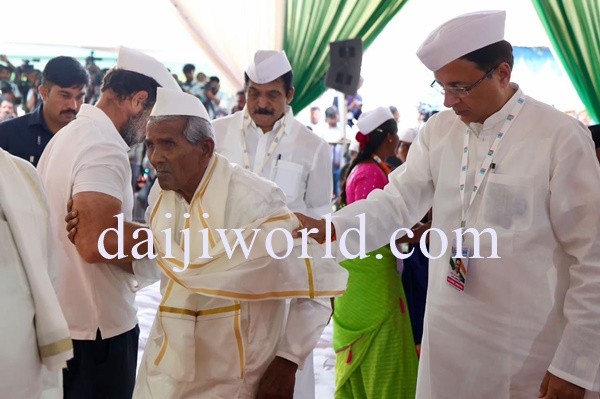 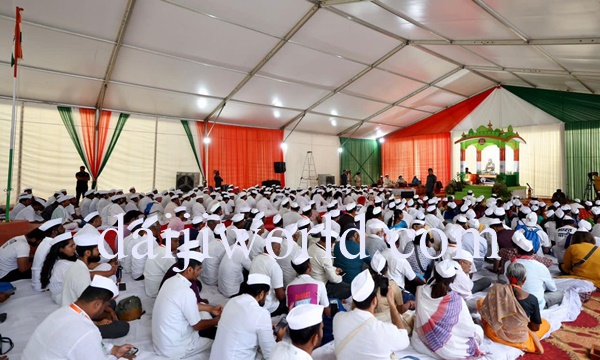 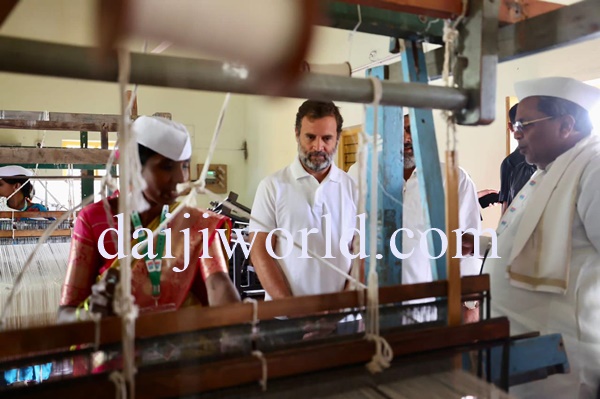 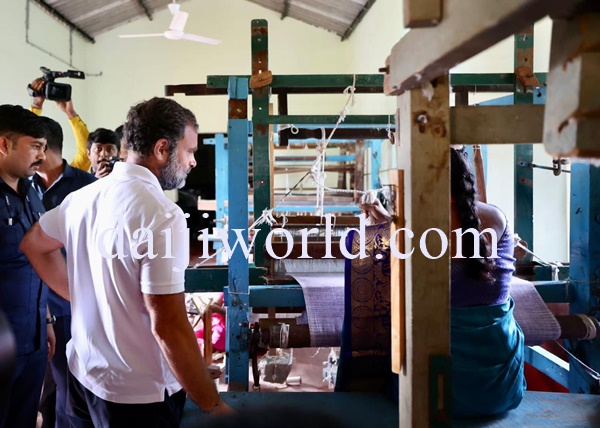 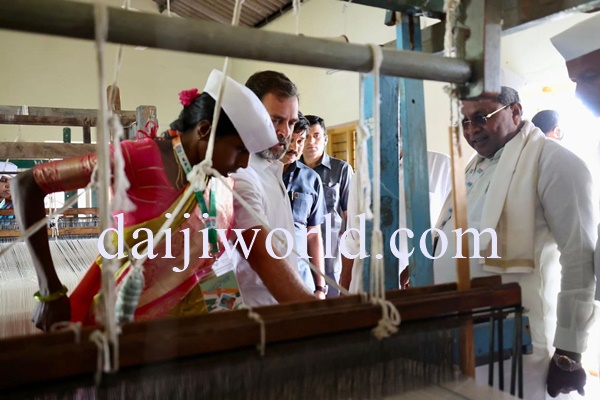 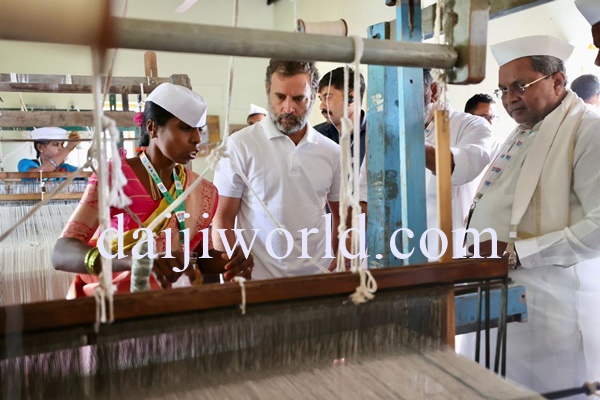 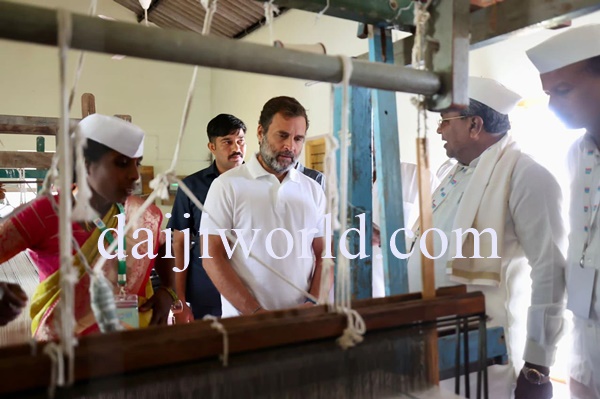 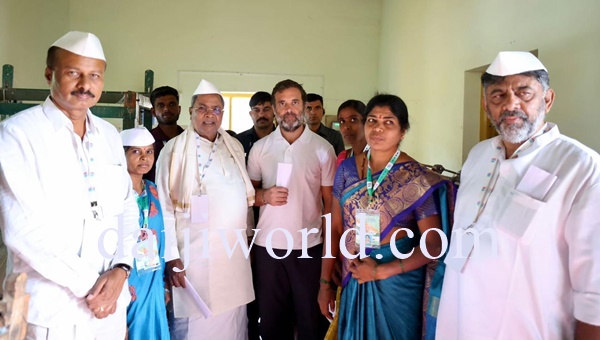 Rahul Gandhi said: “We remember and pay our respects to that great son of India. Our remembering is made more poignant by the fact that we are on the 25th day of the Bharat Jodo Yatra, a padyatra in which we are walking his path of ahimsa, unity, equality and justice.”

The ideology that killed Gandhi has “delivered inequality, divisiveness and the erosion of our hard-won freedoms in the past eight years. Against this politics of himsa and asatya, the Bharat Jodo Yatra will spread the message of Ahimsa and Swaraj from Kanyakumari to Kashmir.”

Pointing out that “Swaraj has many meanings,’’ the Congress leader said: “It is the freedom from fear and want that our farmers, youth and small and medium enterprises desire. It is the freedom of our states to exercise their constitutional freedoms and of our villages to practice Panchayati Raj.”

“It is also the conquest of the self, whether it is Bharat Yatris who are travelling 3,600 km by foot or the lakhs of citizens who are walking with us for shorter periods. The Yatra is the quiet and determined voice of the Indian people against the politics of fear, hatred and division,’’ he said, adding: “It might be convenient for those in power to appropriate Gandhiji’s legacy but it is much more difficult to walk in his footsteps.”

“Huge numbers of men, women and children have already taken part in the Yatra. Many of them believe that the values that Gandhiji gave his life for and our constitutional rights are today under threat. As we continue on our journey from Mysuru to Kashmir, I request my fellow citizens across India to walk with us in the spirit of Ahimsa and Sadbhavana,” Rahul Gandhi said.

Earlier in the morning, Rahul Gandhi tweeted in Hindi, "Bapu taught us to walk the path of truth and non-violence. He taught us the meaning of love, mercy, harmony, and humanity.

"Today, on Gandhi Jayanti, we swear that just as he united the country against injustice, we shall unite the country."

A video montage of Mahatma Gandhi and visuals from Rahul Gandhi's Bharat Jodo Yatra were also included in the tweet.

Setting out on his Bharat Jodo Yatra from Kanyakumari on September 7, Rahul Gandhi traversed Tamil Nadu, Kerala, and entered Karnataka on Friday. Over the course of three weeks he will cover around 500 kilometres in the Karnataka leg of the Bharat Jodo yatra.

(With inputs from IANS)