New Delhi, Nov 3 (IANS): References to Jammu and Kashmir (J&K) in a China-Pakistan joint statement issued on Thursday during Pakistan Prime Minister Shehbaz Sharif's visit to Beijing has been rejected by India. 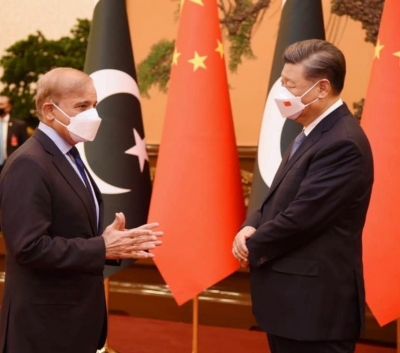 Adding that India has consistently rejected such statements, Bagchi said that the union territories of J&K are and will remain India's integral part.

The joint statement was issued after talks between Sharif and Chinese President Xi Jinping.

Commenting on the China-Pakistan-Economic Corridor (CPEC), he said India has consistently conveyed "protests and concerns" to China and Pakistan as it includes projects in the "sovereign territory" of India.

"We resolutely reject any attempts to utilise such projects to change the status quo in that area," the spokesperson said.