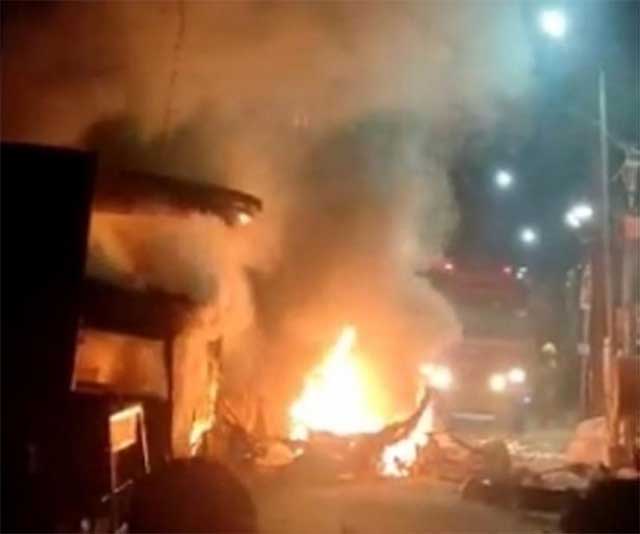 On October 23, a car laden with explosives exploded in front of Kottai Eswaran Temple in Coimbatore.

"According to preliminary investigations, the accused, Jamesha Mubeen, after pledging allegiance to IS, was planning to carry out a suicidal attack and cause extensive damage to symbols and monuments of a particular religious faith with the intention to strike terror among a particular section of community," the NIA said.

The case was initially registered on November 23 with PS Ukkadam and later, the probe was handed over to the NIA on November 27.

Digital devices and incriminating documents were seized from the houses of the suspects during the searches which commenced this morning.

So far, six persons have been arrested in the case. The accused had conspired with the deceased Jamesha Mubeen to procure chemicals and other ingredients for fabrication of Improvised Explosive Devices, including an Vehicle borne IED, from online shopping platforms to commit sensational terrorist acts.

Further investigation in the matter is on.