Shimla, Nov 10 (IANS): Union Finance Minister Nirmala Sitharaman on Thursday said the double engine government is must in the state for the overall development.

She told the media here that the Himachal Pradesh government not only implemented schemes of the Central government but also executed them on the same lines so that the people could get the benefits of the schemes. 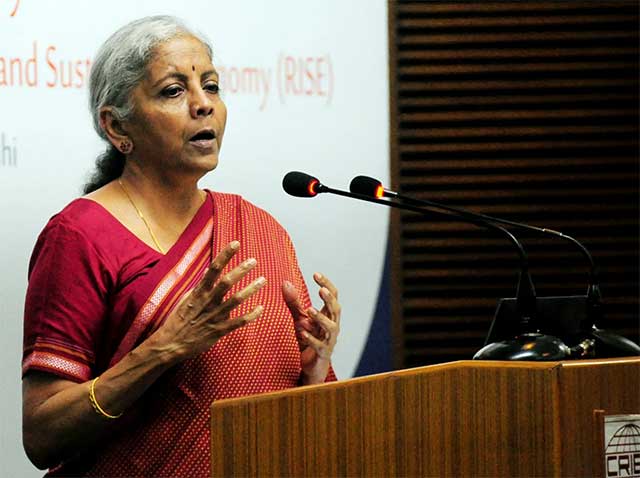 She said the best examples in this regard are the Ayushman Yojana of the Central government and the Himcare scheme of the state Government.

In this, if some people were left out of the Ayushman scheme, they were included in the Himcare scheme. This is a classic example of the double engine government, the Union Minister explained.

Similarly, Ujjwala and Grihini are examples of the scheme. "If the Jal Jeevan Mission has a plan to provide drinking water to all, Himachal has taken it forward to such an extent that it has supplied water up to Tashi village that is located on the highest point of Lahaul-Spiti district."

Sitharaman, who was here to highlight the achievements of the government ahead of the assembly polls, said the Renuka-ji Hydroelectric Project in Himachal is a great example of cooperative federalism. "Where the Renuka-ji project was stuck for years, PM Modi expedited its work and Himachal will get 40 MW of electricity from this project on construction at a cost of Rs 7,000 crore. In addition, it will provide power to five states."

"The creation of an institute like AIIMS in Himachal is a symbol of PM Modi's special attachment to Himachal. Similarly, the dedication of the Atal Tunnel Rohtang to the public shows the prompt decision of the Modi government and its commitment to work in fast mode. This has not only ensured connectivity for 12 months of the year but is also getting benefits in the tourism sector," Sitharaman asserted.

She said Himachal has been helped liberally by the Central government and by multilateral agencies that gave liberal grants to state for various development projects.

A total of 55,92,828 electorate, including 67,559 service electors and 22 NRIs, are eligible to exercise their franchise on November 12. The ballots will be counted on December 8.