New Delhi, Nov 12 (IANS): Greeting the first-timers, Prime Minister Narendra Modi on Saturday appealed to the voters in Himachal Pradesh to participate in the election process in the state.

"Today is the polling day for all the Assembly seats in Himachal Pradesh. I request all the voters of Devbhoomi to participate with full enthusiasm in this festival of democracy and create a new record of voting," PM Modi tweeted. 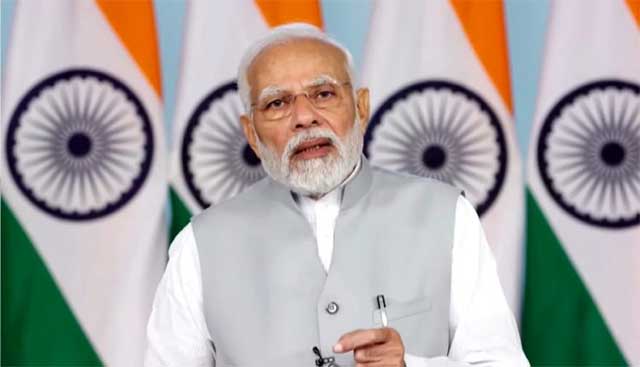 "My special wishes to all the youth of the state who will be voting for the first time today," he said.

Union Home Minister Amit Shah urged the voters of the state to elect a "strong government" by voting in large numbers.

"Only a strong and corruption-free government can fulfill the aspirations of the people of Devbhoomi by keeping Himachal Pradesh at the forefront of development. I appeal to the voters of Himachal, especially mothers, sisters and the youth, to elect a strong government by voting in maximum numbers for the golden future of the state," said Shah.

The main contest is between the BJP and the Congress.

Facing strong winds of anti-incumbency, the state BJP leadership led by Chief Minister Jai Ram Thakur seems to be banking on Prime Minister Narendra Modi's "charisma", while the main Opposition Congress is eyeing to return to the helm by wooing its 2.5-lakh strong government employees, state's crucial vote bank, with a promise of restoring the old pension scheme.

About 30,000 security personnel, including 67 companies of Central Armed Police Forces (CAPFs) and over 11,500 state police personnel have been deployed for peaceful conduct of polling.

The counting of votes will be held on December 8.