New Delhi, Nov 12 (IANS): Chief Justice of India, D.Y. Chandrachud, said on Saturday that he feels what sustains judicial institutions in the long run is a sense of compassion, empathy and the ability to answer the plaintive cry of a citizen in the wilderness.

Speaking at a summit organised by a leading media outlet, Chandrachud said: "Technology, infrastructure, filling up vacancies... these are milestones in our mission. But above all, I think what sustains judicial institutions in the long run is your sense of compassion and empathy, and your ability to answer the plaintive cry of a citizen in the wilderness." 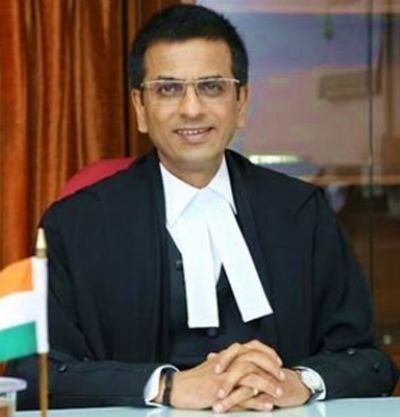 He added that when one has the ability to hear the unheard voices in the system, and then try and see where the balance between the law and justice lies, then "you can truly perform your mission as a judge".

"We know how in colonial times the same law as it exists in the statute books today was used as an instrument of oppression," he said.

The CJI added, "So how do we, as citizens, ensure that the law becomes an instrument of justice and not an instrument of oppression? I think the key is the way in which we handle the law, which includes all decision makers and not just judges."

Chandrachud, who took charge as the 50th Chief Justice of India on Wednesday, also said that the structure of legal profession is "feudal, patriarchal and not accommodating of women" and there is a need to have a democratised and merit-based process for entry of more women and marginalised sections of society into the legal system.

"One thing which we need to understand is that the judiciary has a feeding pool. The feeding pool which determines who enters the judiciary is largely dependent on the structure of the legal profession," he said.

"So when we talk of having more women in the judiciary, it's equally necessary for us to lay building blocks for the future by creating access to women. The first step is entering the chambers of senior lawyers which is an old boys' club," the CJI said.