Lahore, Nov 14 (IANS): PTI Chairman Imran Khan claimed on Sunday that a "criminal", a reference to PML-N supremo Nawaz Sharif, sitting in London is afraid of elections, alleging that he is putting national interest at stake to save himself, according to a media report.

The former Prime Minister said that the main aim of his long march is to seek free and fair elections in the country, Geo News reported.

"For 30 years, two families have been ruling Pakistan if they had to do something they would have done so by now," said Khan, while making a reference to PPP and PML-N. 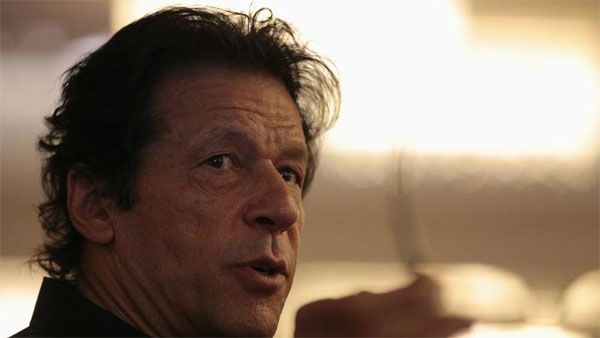 He added that for seven months he has been saying that the incumbent coalition government has been taking the country towards destruction.

"They ruined the economy in 2018. How can those who destroyed the economy fix it," asked the PTI chief. He added that for the last seven months, he has been highlighting that the incumbent rulers cannot handle the government, Geo News reported.

"When the country was progressing they did a conspiracy and toppled the government," said the PTI chief.

Khan also claimed that every sector is going down in the country.

Talking about his party's march, Khan said that the PTI is on the streets as it is seeking free and fair elections.

"Many people are saying that this march is moving slowly. This march slowed because I was attacked," he added.

The former Prime Minister also slammed the incumbent rulers for going on tours in the seven months they have been in power.

"What benefit did the country get from their tours? The country is going down economically, does anyone have a way to save it," asked the PTI chief, Geo News reported.