All have right to protest, but none can arm-twist me: Kerala Guv

New Delhi/Thiruvananthapuram, Nov 15 (IANS): Unfazed by the protest march led by the ruling CPI-M led Left supporters against him, Kerala Governor Arif Mohammed Khan on Tuesday said that every body has the right to protest but he will never succumb to pressure.

"All have the right to protest but no one can arm-twist me. I will perform my duties in the most earnest manner," said Khan, presently in Delhi. 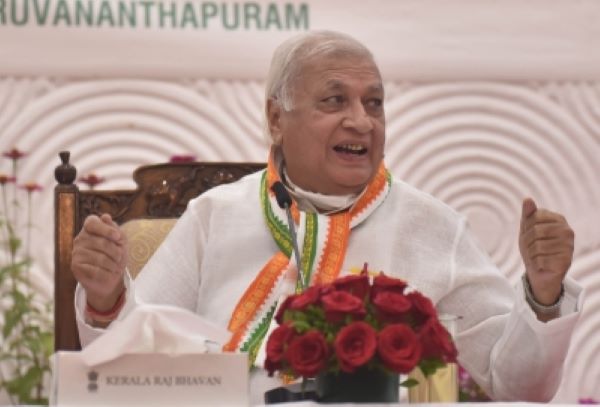 Earlier in the day, thousands of Left supporters laid a siege before Khan's official residence as Chief Minister Pinarayi Vijayan and his team up in arms against him ever since he decided not to ink Ordinances or Bills which are concerning the higher education sector.

But neither Vijayan nor his cabinet colleagues took part in the agitation.

Khan said he has nothing personal against anyone and he is just standing for the higher education sector.

"I was frustrated as after giving me assurances, interference continued. Now that the judgments from the Supreme Court and Kerala High Court have come, it's not possible to interfere in the affairs of the Universities. If anyone shows me one instance where I intervened, I will resign, but I can point out hundreds of instances. Universities cannot function as a department of political parties," he said.

Elaborating on why he is disappointed, Khan said the situation is such that now bright students from Kerala go out of the state.

"A four-year course in Kerala takes more than five years to get completed. Bharath Ratna Prof C.N.R. Rao in his letter has said research in Kerala Universities has come to a standstill as bright students are leaving the state," said Khan.

He reiterated the way the office of Vijayan is functioning and pointed out that the private secretary is functioning in his own way and is trying to appoint his relative in University who is under qualified and unqualified.

"I have queries to be placed before the Chief Minister in certain Bills and I am waiting for him to come and explain. They know what they have done is not right and hence will not come," added Khan.

Title: All have right to protest, but none can arm-twist me: Kerala Guv