Aizawl, Nov 17 (IANS): Prime Minister Narendra Modi on Wednesday announced an ex-gratia of Rs 2 lakh to the next of kin of each killed in the stone quarry collapse in Mizoram.

"My thoughts are with those who lost their loved ones due to the tragic stone quarry collapse in Mizoram. An ex-gratia of Rs 2 lakh would be given from PMNRF to the next of kin of each deceased. The injured would be given Rs 50,000," read a PMO tweet quoting Modi.

A total of 11 bodies have been recovered as of Wednesday after a large portion of a stone quarry collapsed on Monday afternoon at Maudarh village in southern Mizoram's Hnahthial district. 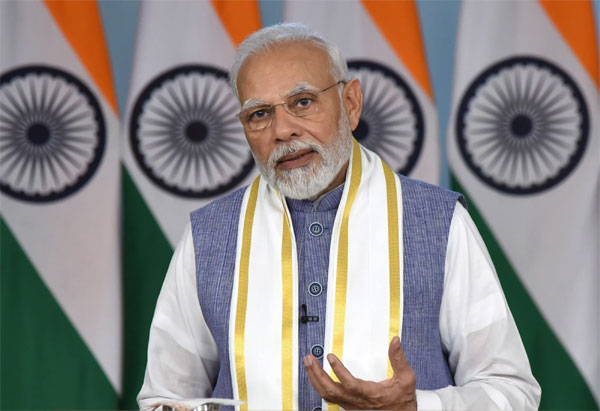 He said that the body of Ajoy Chakma, 25, was pulled out from the cabin of one of the excavators that was buried in debris, on late Wednesday evening.

"The search operation team members are confident that they would be able to recover the body. The rescue operation becomes very difficult as stone boulders, mudslides and other challenges are causing serious troubles to them," Gurung told IANS.

A total of 12 workers, mostly from outside Mizoram, have been confirmed dead in the accident that occurred on Monday afternoon.

According to a report of the Deputy Commissioner of the Hnahthial district, of the 12 workers, five hailed from West Bengal while three were from Assam and two each from Jharkhand and Mizoram.

According to some locals of Maudarh village, at least five earth excavators, a stone crusher and a drilling machine were also completely buried beneath the debris.

The stone quarry, located about 160 km from state capital Aizawl, has been operational for two-and-a-half years.

A private company ABCI Infrastructures Pvt Ltd which is constructing a highway between Hnahthial and Dawn village collects stones from the quarry.