Tehran, Nov 17 (IANS): As many as 15 people have been shot dead in Iran, including members of the security forces and a nine-year-old boy, in separate incidents as the country experienced one of its most serious and widespread nights of protests of the past nine weeks.

On the anniversary of the 2019 uprising on Wednesday, state news agencies blamed terrorists on two motorcycles for the killing of seven people in a shopping centre in the southern city of Izeh Khuzesta, te Guardian reported. 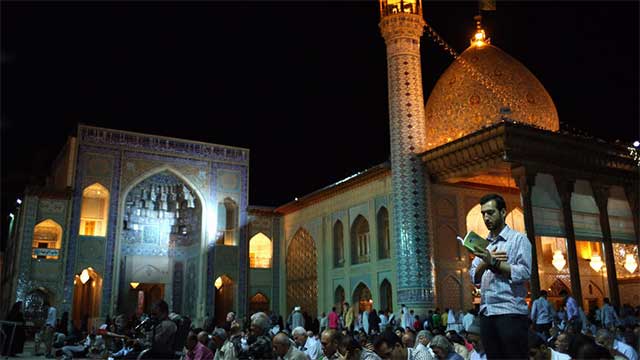 However, protesters said members of the Basij militia force ran amok, killing among others a nine-year-old boy sitting in a car with his father.

State news agencies said two volunteer Basij patrolmen were among the dead, and 10 were injured, the Guardian reported.

A further five people were killed in the Isfahan area, including security forces, in a separate shooting.

Reports of further deaths in Kurdistan took the night's total death toll to 15.

The total number of deaths during the latest protests has spiralled to 348, according to Harana, a human rights agency, though the figures are impossible to verify.

In at least three cities, seminaries were set alight, The Guardian reported.

Government news agencies said the killings might be a sign that the protests were turning into an armed insurrection.

An investigation of the bullets in the bodies of those shot dead is to be held and there is now likely to be a massive propaganda battle in which the government will argue the protests are the seedbed for the "Syrianisation" of Iran, and a collapse of public order.

However, the state claims there is no enthusiasm for these strikes and that organised gangs were harassing hard pressed business owners into pulling down their shutters.