Mysuru, Nov 20 (IANS): Searches were conducted on Sunday at a house in Mysore where the man suspected to be involved in the Mangaluru autorickshaw blast lived for the past two months.

The suspect, who is undergoing treatment for severe burns sustained in the blast, is currently not in a position to speak. 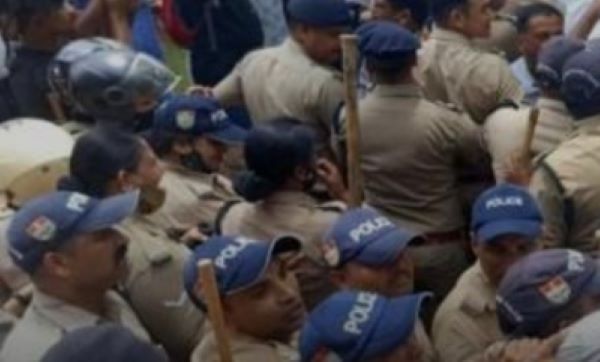 Sources said that the Mangaluru police, accompanied by Mysuru police, arrived at the house in Lokanayaka nagar on Sunday morning. The searches of the ground floor room led to the siezure of incriminating materials such as explosives and circuits used in bombs, they said.

The man who was travelling in the auto and sustained serious burn injuries in the blast on Saturday has been identified as Mohammed Shareeq, the police said on Sunday. However, ADGP (Law and Order) Alok Kumar said that his identity remains to be confirmed.

According to preliminary investigation, the passenger in the autorickshaw has terror links and was earlier booked under the Unlawful Activities (Prevention) Act (UAPA) for objectionable graffitis on the walls of Mangaluru.

Tension prevailed in communally-sensitive Mangaluru city in Dakshina Kannada district on Saturday following the mysterious explosion in the moving auto. Initially, the police were probing whether it was a case of fire mishap or blast.

However, Karnataka DGP Praveen Sood on Sunday said that the incident was not an accident.

"It's confirmed now. The blast was not accidental but an act of terror with intention to cause serious damage. The police are probing the matter along with Central agencies," the DGP tweeted.