Amaravati, Nov 22 (IANS): Six persons were killed in a collision between a truck and a car in Andhra Pradesh's Alluri Sitharamaraju district on Tuesday. 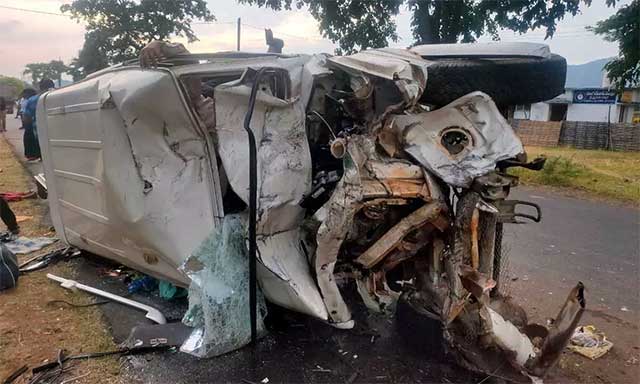 Six persons travelling in the car were killed while a couple of others were injured.

According to police, the deceased and injured were from Chhattisgarh.

They were returning to their home state after a visit to Sitaramachandra Swamy temple at Bhadrachalam in Telangana.

The injured were shifted to a hospital. Over-speeding is believed to have caused the accident.

Police have registered a case and took up further investigation.