Karimganj (Assam), Nov 22 (IANS): In a major operation, Assam Police seized a consignment of over 400 kg of ganja from a truck at the Churaibari area of Karimganj district along the state's border with Tripura, an official said on Tuesday.

A senior police officer of Karimganj said that a vehicle was intercepted before it tried to enter the district from Tripura late Monday night. When the police team stopped the vehicle, the driver and his assistant managed to flee from the spot. 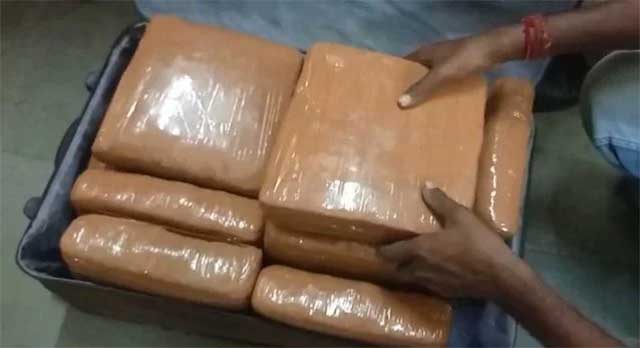 According to police, a total of 410 kg ganja, valued at Rs 41 lakh, was seized from a hidden chamber in the vehicle.

Police are continuing an investigation into this matter, after registering an FIR under relevant sections of the Narcotic Drugs and Psychotropic Substances Act (NDPS) Act, the police officer added.