168 criminals killed in encounters in UP since 2017

Lucknow, Nov 23 (IANS): The Uttar Pradesh Police has been repeatedly lauded by Chief Minister Yogi Adityanath for 'cracking the whip and reining in criminals'.

According to data released by the Uttar Pradesh Police, it has gunned down as many as 168 listed criminals in exchange of fire, most of them carrying cash rewards ranging from Rs 75,000 to Rs five lakh on their head.

Uttar Pradesh Additional Director General of Police (ADG) (law and order), Prashant Kumar said that during the exchange of fire as many as 13 police personnel were also killed while another 1,375 policemen suffered bullet injuries. 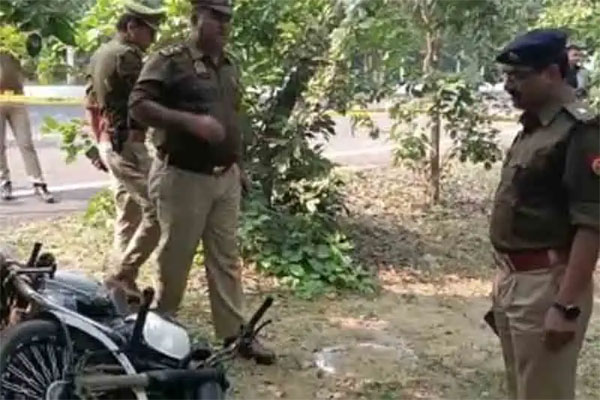 However, he added that Uttar Pradesh Police followed Supreme Court guidelines in encounters and till date not even a single encounter done by the Police since 2017 has come under the scanner of the apex court.

"Under the policy of zero tolerance against crime and criminals, extensive operations against the ganglords and mafias have been undertaken by the Uttar Pradesh Police from 2017. Not just the Special Task Force (STF) but the police of Commissionerates and the District Police are also running campaigns against the gangsters," Kumar added.

Kumar said that dreaded dacoit Uday Bhan Yadav a.k.a. Gauri Yadav, whose reign of terror expanded to neighbouring Madhya Pradesh, was killed in a police encounter in Chitrakoot in 2021.

He carried Rs five lakh reward from Uttar Pradesh and had nearly 50 cases, mostly of dacoity and attempt to murder.

Another criminal Balraj Bhati, who carried Rs 2.5 lakh reward and had been booked in atleast 20 cases, mostly of murder, extortion and attempt to murder in Uttar Pradesh, was also killed in exchange of fire with police in 2018.

The UP ADG said that a maximum of 64 criminals were killed in the Meerut zone, which also topped the eight police zones in the number of arrests (6,494).

"All the criminals who try to engage with the cops were dealt with seriously. Uttar Pradesh Police have dealt firmly with the mafias and criminals who deliberately attacked cops," he added.

The officer also said that not just encounters, policemen also slapped Gangsters Act, and also seized properties of criminals and exterminated more than 50,000 criminals, who ran extortion rackets, after booking them under the Goonda Act.

Title: 168 criminals killed in encounters in UP since 2017