Sitapur (Uttar Pradesh), Nov 23 (IANS): The Sitapur police have arrested the man, who allegedly strangled his wife and cut her body into pieces before disposing it off in a field with the help of a friend.

Police say that the accused, Pankaj Maurya, 46, has confessed to his crime. The wife's body was found on November 8.

The police have also arrested the friend, who helped the accused.

Pankaj was married to Jyoti, 38, of Barabanki for 10 years. Recently he started suspecting Jyoti of infidelity and planned to eliminate her. 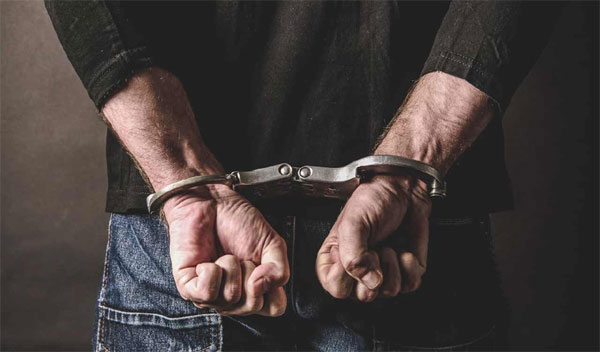 Sitapur Superintendent of Police (SP), G. Sushil Chandrabhan said that body parts of a woman, which were later identified as that of Jyoti, were recovered from a field in Gulheria village under the Rampur Kalan police station on November 8.

"The police recovered the woman's torso, right hand and legs from the field. Forensic experts said that the body parts were of a woman but we had to ascertain her identity," the SP added.

A few days later, when a disfigured face of a woman was recovered, the police called experts to make a sketch, copies of which were distributed in Barabanki, Sitapur, Hardoi, Rae Bareli, Lucknow and Sultanpur to ascertain the woman's identity.

Yadhvendra Yadav, Circle Officer, Sidhauli, said, "After some days, one Malti Singh of Barabanki, who claimed to be the mother of the deceased, contacted us. When we showed her clothes recovered from the body, she immediately identified them as that of her daughter Jyoti. We traced her husband Pankaj on November 20, who was missing since November 15."

When Pankaj was asked about her wife's whereabouts, he could not give any valid reason for her disappearance. During questioning, he confessed to having killed her.

On Tuesday, a police team raided his house and recovered blood-stained clothes and a sharp edged knife after which he was formally arrested.

Pankaj told the police that he worked at a medical store and used to return home late at night.

"I got to know from neighbours that Jyoti was often spotted with men and had also started taking drugs. I tried to reach out to her family, but they, too, were helpless," Pankaj said, adding that on the night of November 8, after an argument he killed Jyoti and hacked her body in several pieces with the help of his friend Dujan Pasi.

The body parts were dumped in a field about seven-km away from home. Pankaj had sent his two daughters and son to his uncle's place before executing the crime.