26/11 a blurry memory, but Gen Z 'safer, secure' in a more confident India

After 14 years that shook India and dazed the world, the Gen Z -- accounting for over 45-crore ambitious youth, largely first-time voters -- feels 'safer and secure' and looks back with pride at how the country has managed to overcome and move on from that scary experience besides averting similar tragedies since then. 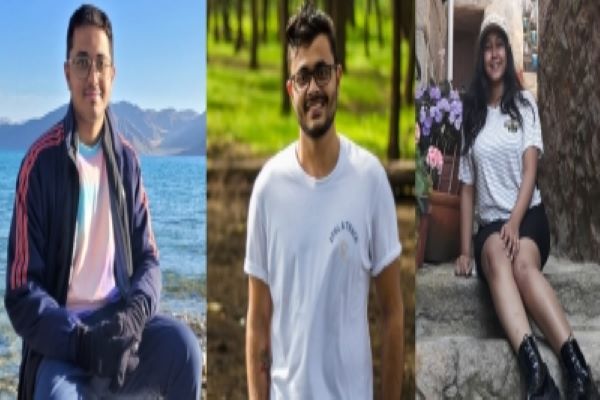 "I was just eight years old then, studying at the St Louis Convent School in Andheri, and watched the television fleetingly… Much didn't register properly, but a couple of years later, I realised that the real implications of that terror assault," reminisces Siane D'Cruz, who works for a tourism group.

On the other hand, an edutech consultant Pruthvi Parikh, then studying in Cambridge School, Kandivali remembers some of the details and later updated his hazy knowledge via social media.

"That night, soon after the terror strike began, I went to sleep as I had to attend school the next morning. Around midnight my uncle called up and explained the gravity of the situation to the family… particularly since many of my relatives lived in the close vicinity of the terror strikes in south Mumbai," Parikh said.

Dr Shreyash Parab, 23, goes back to how the kids in the neighbourhood were amused seeing their worried parents or grandparents glued to the television sets, devouring the newspapers and discussing the 26/11 in hushed tones.

"The next morning, the government had declared school holidays for the next couple of days… We were looking forward to playing outdoors, but our parents stopped us and we were kept largely indoors. Seeing them, we kids could understand that something really critical was going on," said Dr Parab.

Amina Ansari (name changed to protect her identity), a pre-school instructor in south Mumbai, still has clear memories of those dark days as it all happened very close to her residence in Byculla.

"There was almost a curfew-like atmosphere… Police vehicles, ambulances and VVIP cars zooming around with their flashing beacons or blaring sirens… We kids watched the attacks on television but could not really understand the implications till much later," said Shaikh, who was 10 years old then.

Today, 14 years later, D'Cruz, Parikh, Dr. Parab and Shaikh are as grateful as the rest of the country, to the "brave security forces" who fought those 10 terrorists, caught one (Ajmal Amir Kasab) alive.

However, the name and pictures of the ruthless 'killer' Kasab -- splashed or flashed all over the international media -- remains embedded in public memory, even in those young children and they felt 'truly relieved' after his hanging in Yerawada Central Jail in Pune (November 21, 2012).

"How can we ever forget that name 'Kasab'… It was because of him that so many innocents lost their lives during 26/11. After over four years of trial, he was finally hanged and the matter ended," said D'Cruz.

Nevertheless, Parikh and Parab rue how "it took so long" to give the noose to Kasab, but take it in their stride and express satisfaction that "justice was finally done to all" -- the civilians killed by the terrorists and the valiant security personnel who sacrificed themselves for the country and the citizens.

Today, the four youngsters -- all expressive, outgoing and busy in building their private or budding professional lives, with no hurry to 'settle down' in life -- dread the very thought of something like this getting repeated ever in future.

"It is comforting to know that soon afterwards, the government has taken all safety measures, increased the surveillance on the coastal areas, improved the security apparatus and we can sleep peacefully," smiled Dr. Parab and Parikh.

Shaikh and D'Cruz are happy that "we can move around Mumbai without causing any hassles to our parents" and attribute it to the lessons learnt after the 26/11 terror mayhem.

This foursome and other Gen Z young men and women -- who symbolize the nation's foreseeable future -- aspire for peace, progress and prosperity for all to ensure the country's all-round positive development at all levels… yet fervently hoping the polity won't disappoint them…!