A traditional welcome was given to Dr Francis Serrao Sj, bishop of diocese of Shimoga as well as president of Mount Carmel Education Society and SMSSS Diocese of Shimoga at the entrance. Then all the dignitaries were escorted with Band-set to the stage. D Sudhakar, former minister as well as former MLA was the chief guest. There were around 4,200 people who watched and enjoyed each moment of the programme. 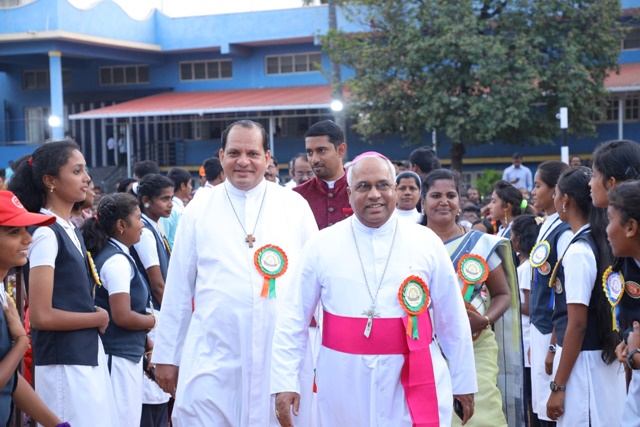 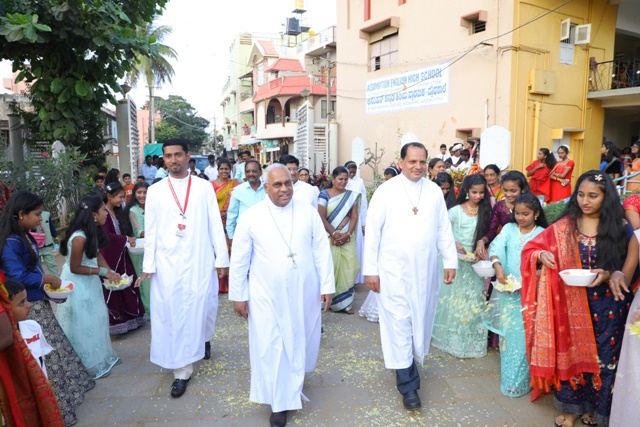 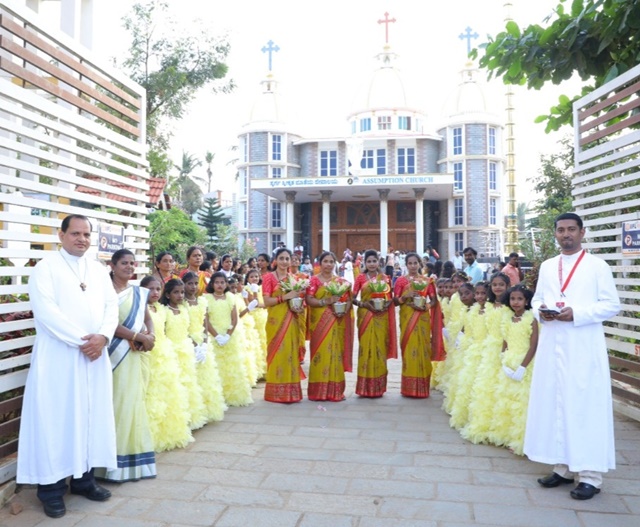 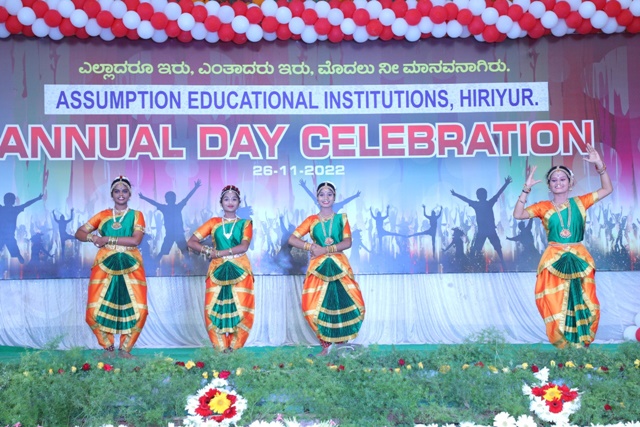 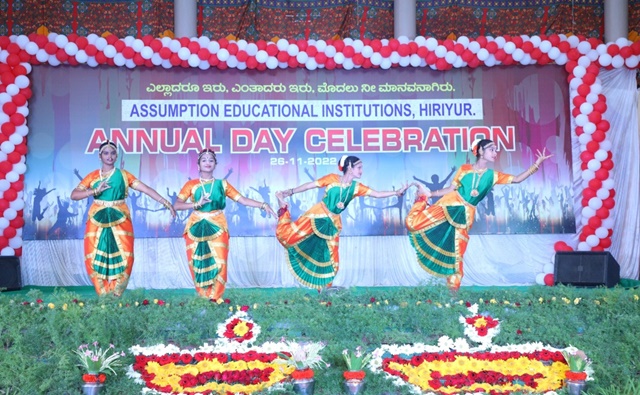 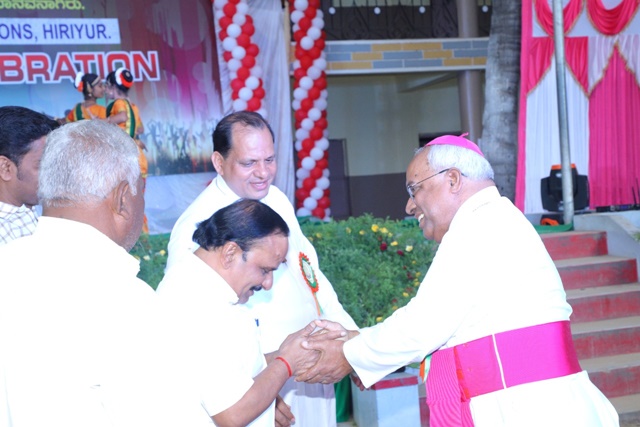 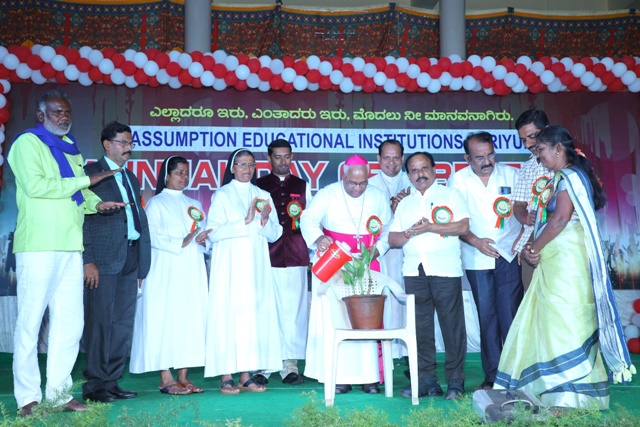 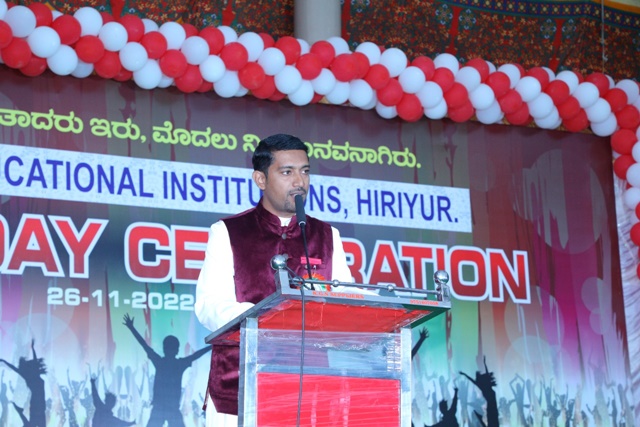 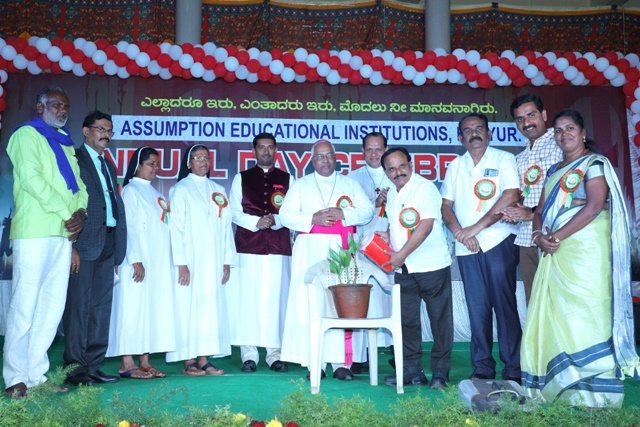 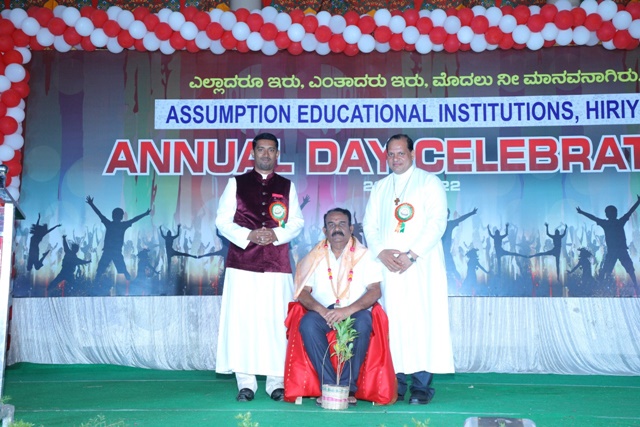 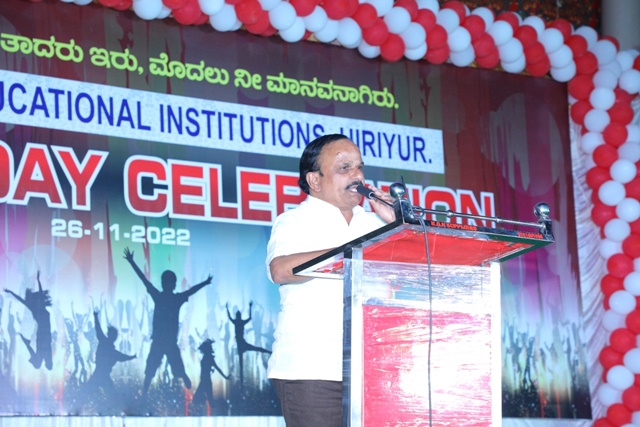 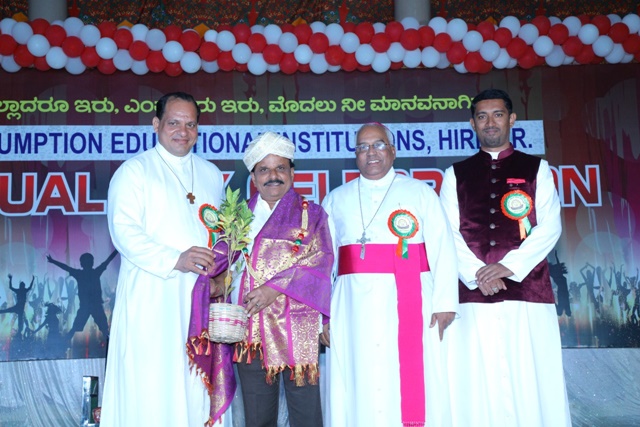 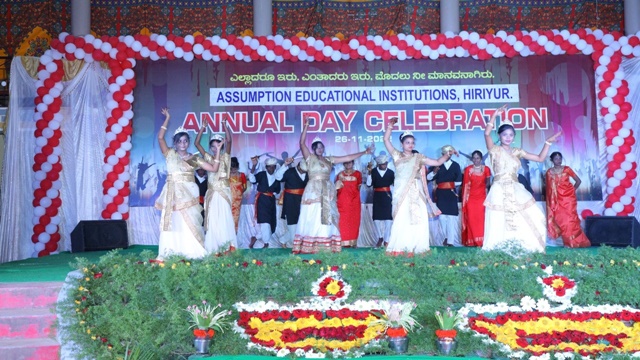 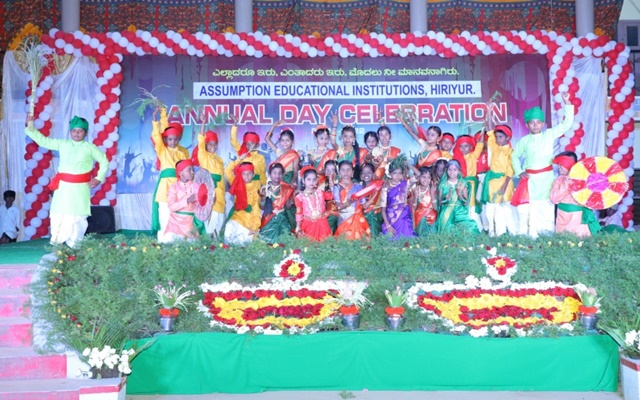 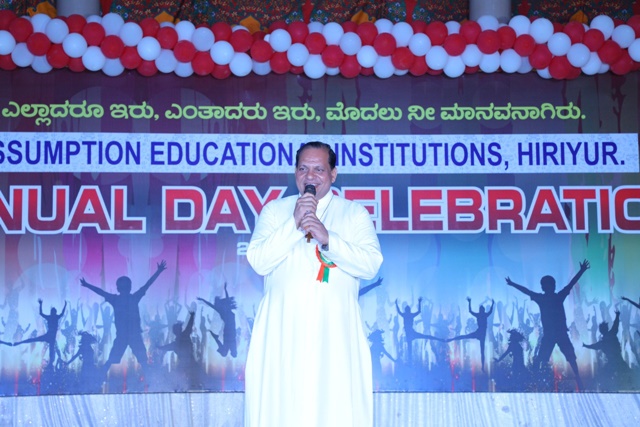 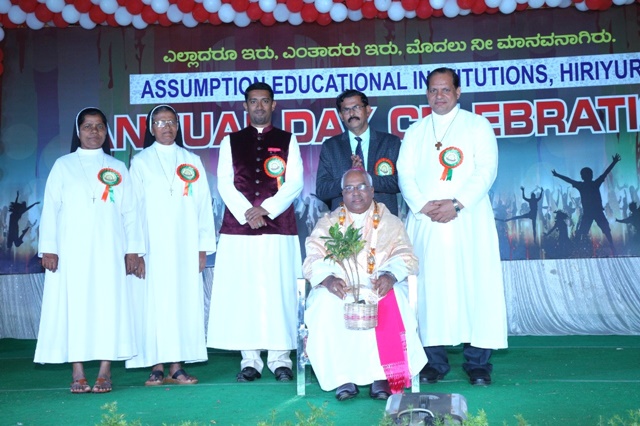 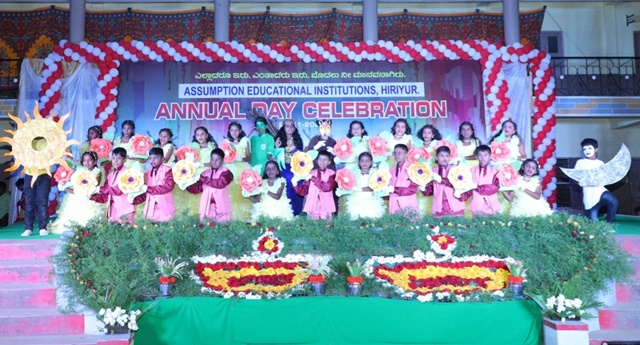 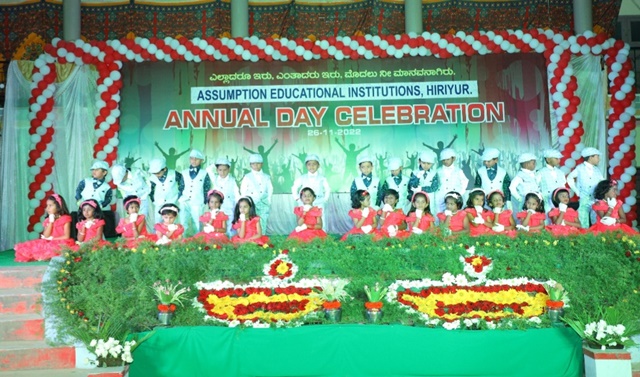 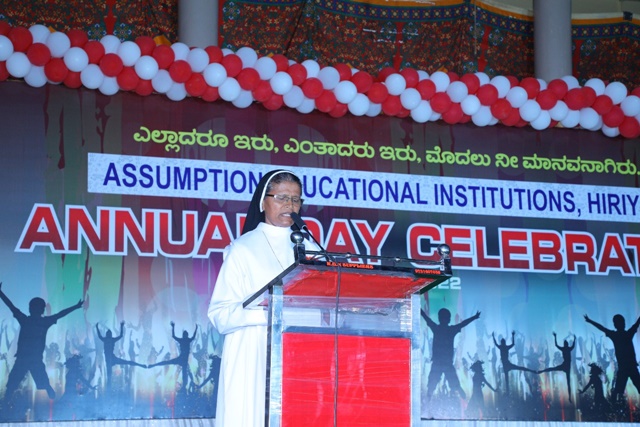 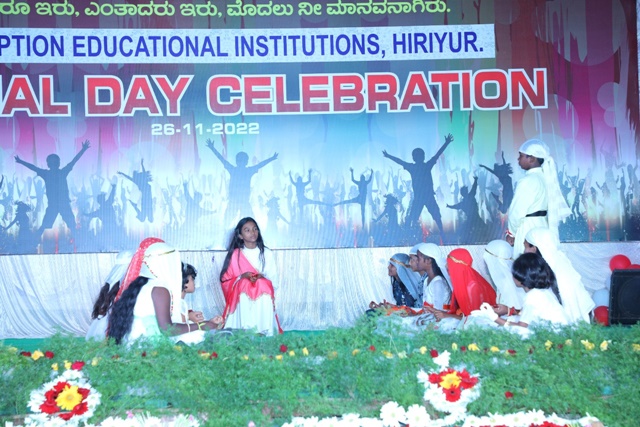 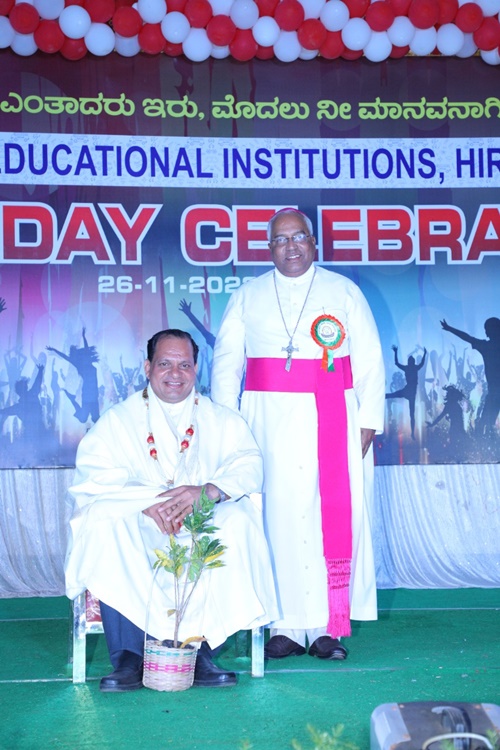 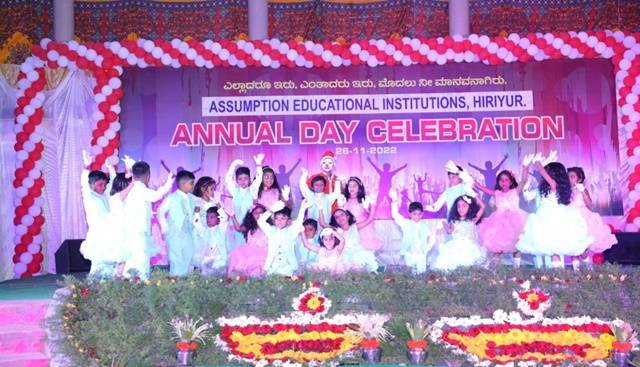 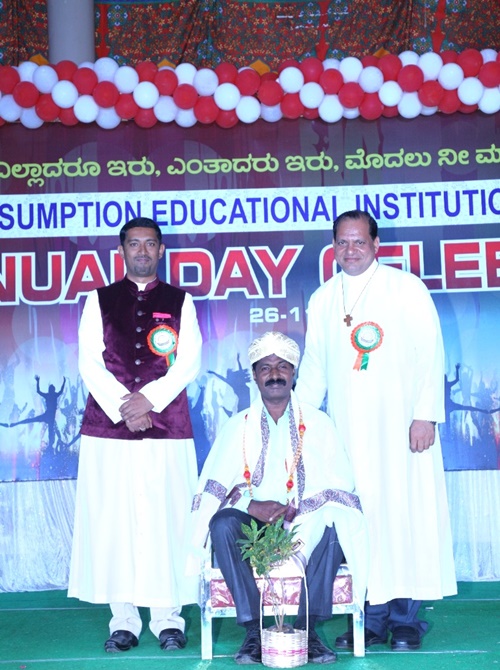 D Sudhakar, the former MLA and present DCC Bank president congratulated Assumption School for its dedicated yeomen service to the Hiriyur. He narrated the foresight of the dedicated priests and sisters as well as teachers who dedicated themselves in educating the children. He promised an amount of Rs 3 lac for the students who fare well in studies as token of encouragement.

Bishop Francis Serrao SJ, in his presidential adress said, "We are existing for others. We are called to love, serve and to uplift the poor and downtrodden through selfless sacrifice and commitment." He appreciated students their parents and dedicated staff and management. Bishop was honoured by Fr Franklin D'Souza, manager and corresspondent together with Fr Nelson D'Souza, HM of AEHS, Henry Crasta, HM of AKHS, Sr Martha, HM of AEHPS and Sr Alwyn, HM of AKHPS.

Fr Franklin D'Souza said, "When we are united we can achieve greater heights. Success comes through by working together for a common goal. Our goal is to give value based education and form good citizens." He thanked the people of Hiriyur for their love and encouragement he said that he has received by the people of Hiriyur as their own family member. He thanked God for blessing Hiriyur with good rains and also mentioned about blessing of Vanivilaasa Sagara Dam. He concluded his speech with a blessing prayer for all those who gathered for Annual Day.

Sr Alwyn, HM of Kannada Primary School proposed the vote of thanks.

Then a colourful cultural bonanza unfurled one after the other, 17 of them. Around 650 students exhibited thier talents and rocked the stage and the audience watched spell-bound till the last second. Students themselves were the masters of ceremony. Every dance and dumb act carried a theme with a message to the younger and older generation.The main theme of school day was 'Wherever Or Whoever You Are, Be A Human First'.