According to police, a notice has been issued asking Tushar Girinath to join a probe by the Halasuru Gate police station in Bengaluru. The notice is with regards to linking of the Aadhaar Card and Voter ID, the sources said. 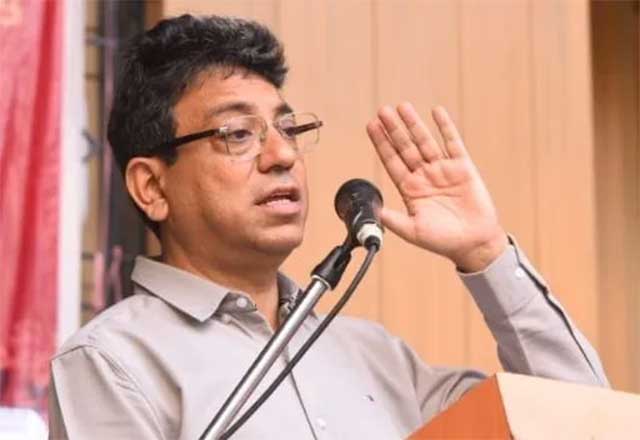 During the probe, the accused attached to the Chilume institute, now under radar in connection with the scam, maintained that they collected the inputs of Aadhaar card details based on this order, sources said.

Ruling BJP in Karnataka which is facing allegations by the opposition Congress of manipulating the voters' list and stealing data to its advantage, had also lodged a complaint for investigation of voter ID scam with the Central Election Commission.

Karnataka Congress had questioned ruling BJP on deletion of 27 lakh names from the voters' list in the state to its political advantage. State Congress President D.K. Shivakumar had questioned that deletions are made without form-7 which is compulsory.

There are multiple legal issues regarding the scam. There is no provision for anyone to get the details of voters. The state has 8,250 election booths. One person has to be deputed for every booth for investigation, he had demanded.

"Along with staffers of Chilume institution, more than 7,000 persons were hired on contract basis. The case must be lodged against all election officers of 28 assembly constituencies," he said.

However, the ruling BJP has rebutted Congress that the cause for the heart burn for its leaders is deletion of more than 1.50 lakh duplicate voters roped in from neighbouring states. The party alleged that Congress had settled voters belonging to the minority community.

Karnataka in-charge of Congress party Randeep Singh Surjewala had that ruling BJP government at the center is involved with the voters' ID scam. "The central government headed by Prime Minister Narendra Modi is directly involved in stealing data from voters. The funds have been transferred from the bank account of a company of the central government to many persons who hail from the place where Ravikumar of Chilume Institute, main accused in the scam," he stated.