Mangaluru, Dec 2: The Tulu version of blockbuster Kannada movie ‘Kantara’ directed by Rishab Shetty has been released on Friday, December 2.

Arjun Kapikad and Devadas Kapikad have lent their voices for the dubbed version. 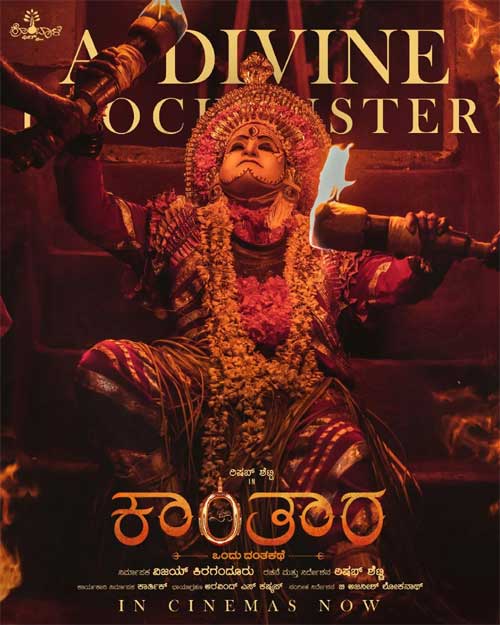 Kantara depicts the culture of Tulunadu such as Daivaradhane, and gives glimpses of Kambala.

Kantara turned out to be a blockbuster in every language including Hindi. The celebrities of Hindi, Telugu, Malayalam and Tamil applauded the effort put up by Rishab Shetty and his team in showcasing the culture of the coastal belt.

Rishab Shetty and Sapthami Gowda play the lead role in the movie along with Shanil Guru, Kishore, Achyuth, Deepak Rai, Shine Shetty and many more.